Gasol also revealed that his newborn daughter's name is a tribute to the late Gianna Bryant, who tragically passed away with her father, Kobe Bryant, and several others in a helicopter crash in January.

"Our little one has finally arrived!! The delivery went really well and we couldn't be happier," Gasol shared on Instagram on Sunday, alongside a family photo. "Elisabet Gianna Gasol, a very meaningful name for our super beautiful daughter!!" 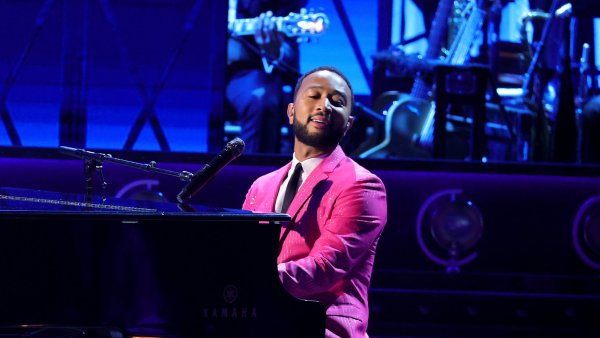 A Boston Singer Gave It All to ‘All of Me.' Then John Legend Gave Her a Hug and a Tip 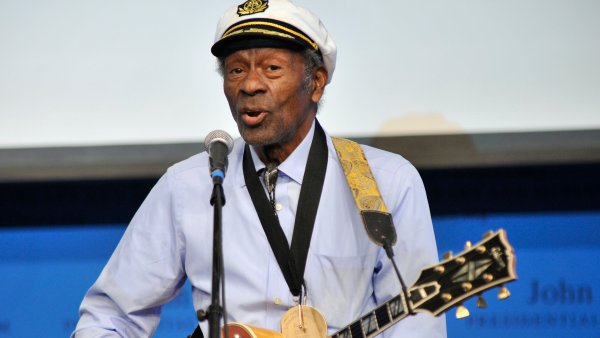 Posthumous Chuck Berry Live Album to Be Released in December

McDonnell revealed her little one arrived on Sept. 10.

Vanessa Bryant is paying tribute to late husband Kobe on what would have been his 42nd birthday. She shared a photo of the two on Instagram, writing a lengthy and emotional caption alongside it. "Thank you for loving me enough to last several lifetimes," she wrote. "In every lifetime I would choose YOU. Thank you for showing me what real love is. Thank YOU for everything."

"She made a quick and easy entrance on a VERY special day, her great-grandmother Elizabeth's 100th birthday and her mom and dad's 2nd engagement anniversary," the proud mom captioned her post. "We are already so in love with our sweet Ellie!!"

Vanessa Bryant approved of the couple's special tribute. "Love you 3," she replied to the NBA star's post. "Congratulations."

Additionally, Bryant re-shared the news on her private Instagram feed and revealed she's the godmother of Gasol and McDonnell's newborn daughter.

"My goddaughter is here!!!! Congratulations @paugasol @catmcdonnell7 Love you 3 so much! So touched by your request to honor my Gigi," Bryant's heartwarming message read. "Can't wait to hold Elisabet Gianna Gasol."

Vanessa Bryant is feeling the love on her birthday. She shared a heartwarming post on her Instagram on Tuesday, celebrating her 38th birthday, of a picture of what appears to be her hand clutching an envelope and wrote, "Yesterday I found an envelope labeled to: The love of my life. From, Tu Papi," she captioned the snapshot. "I waited to open one more letter on my birthday. It gave me something to look forward to today. Missing the love of my life and my sweet little mamacita- my fellow taurus. Grateful to wake up to my 3 sweet girls today. Wish we were all together."

Back in May, the couple announced their baby news.

"5 years together, 4 moves, 3 months in quarantine with my family, 2 wedding anniversaries and 1 baby on the way," McDonnell revealed in July. "What a year it has been. You are going to be the best dad @paugasol! Love you."

Prior to their pregnancy announcement, the two lovebirds celebrated their one-year wedding anniversary.

"You light up my world, baby," McDonnell posted on Instagram on July 7. "Happy 1 year anniversary @paugasol! Time flies when you're having fun!

"It's been a crazy year, filled with some of the happiest times and some of the hardest times, especially with the loss of loved ones," she said. "But, there is no one that I would rather be next to through it all. I love you more and more everyday. So lucky to have found my soulmate. Cheers to many more wonderful years together and many more beautiful moments to come."

After a tragic helicopter crash took the lives of Kobe Bryant, his daughter and seven others, they two were honored in a private funeral before a public memorial, still to come. Kim Baldonado reports for the NBC4 News at 4 p.m. Tuesday, Feb. 11, 2020.

Gasol, who played with Kobe on the Lakers team, isn't the only NBA star to pay tribute to him and his late daughter. Click here to see how Gianna and Kobe's legacy continues to be remembered.