Amid celebrations for Queen Elizabeth II's Platinum Jubilee, the monarch teamed up with English icon Paddington Bear for a hilarious sketch. Watch the cute video below

The most precious tea party ever.

In the clip, the monarch and the beloved English character meet for afternoon tea at Buckingham Palace in London.

"Perhaps you would like a marmalade sandwich," offers the CGI bear--voiced by actor Ben Whishaw--as he pulls one out of his hat. "I always keep one for emergencies."

"So do I," the Queen remarks, pulling her own sandwich out of her trusty handbag. "I keep mine in here, for later."

This isn't Her Majesty's first stab at acting. She previously appeared with Daniel Craig as James Bond in a video that played at the 2012 London Olympics opening ceremony.

The Queen and Paddington's pre-recorded skit aired for attendees at the BBC's Party at the Palace concert in front of Buckingham Palace, part of the 96-year-old's Platinum Jubilee celebrations.

The multi-day celebration, which marks ceremonial monarch's 70 years on the throne, kicked off June 2 with the Trooping the Color parade. The Queen arrived at the event in a horse-drawn carriage and was joined by Prince William and Kate Middleton and their three children: Prince George, 8, Princess Charlotte, 7, and Prince Louis, 4.

The Queen was scheduled to attend the National Service of Thanksgiving at St. Paul's Cathedral the following day but canceled due to experiencing "some discomfort," according to the palace. She also didn't attend the Buckingham Palace concert in person, and was also absent from the Epsom Derby that was also held the same day.

However, the Queen was able to shared her fond birthday wishes for her younger great-grandchild, Prince Harry and Meghan Markle's daughter Lilibet "Lili" Diana, who is named in her honor. 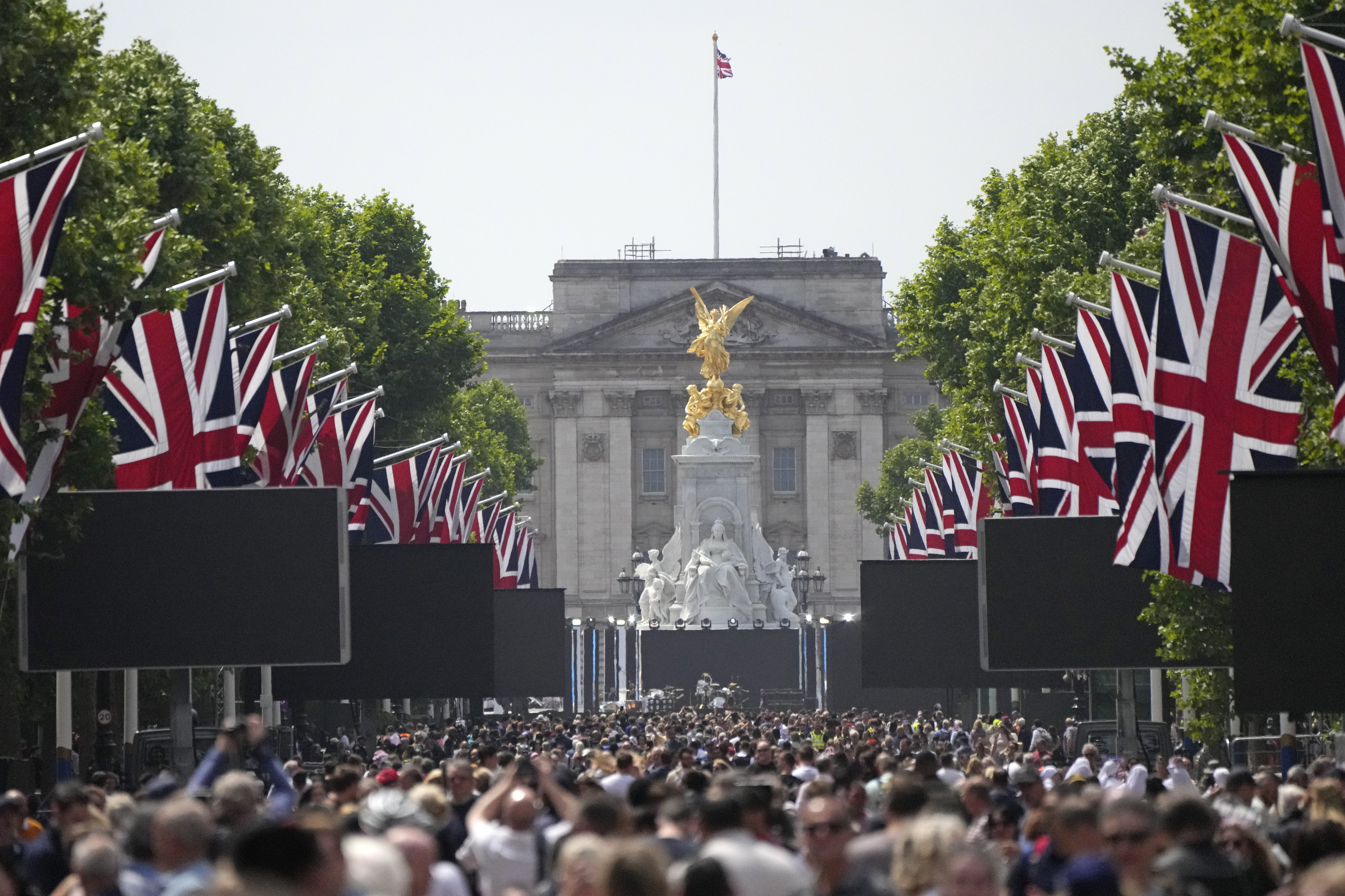 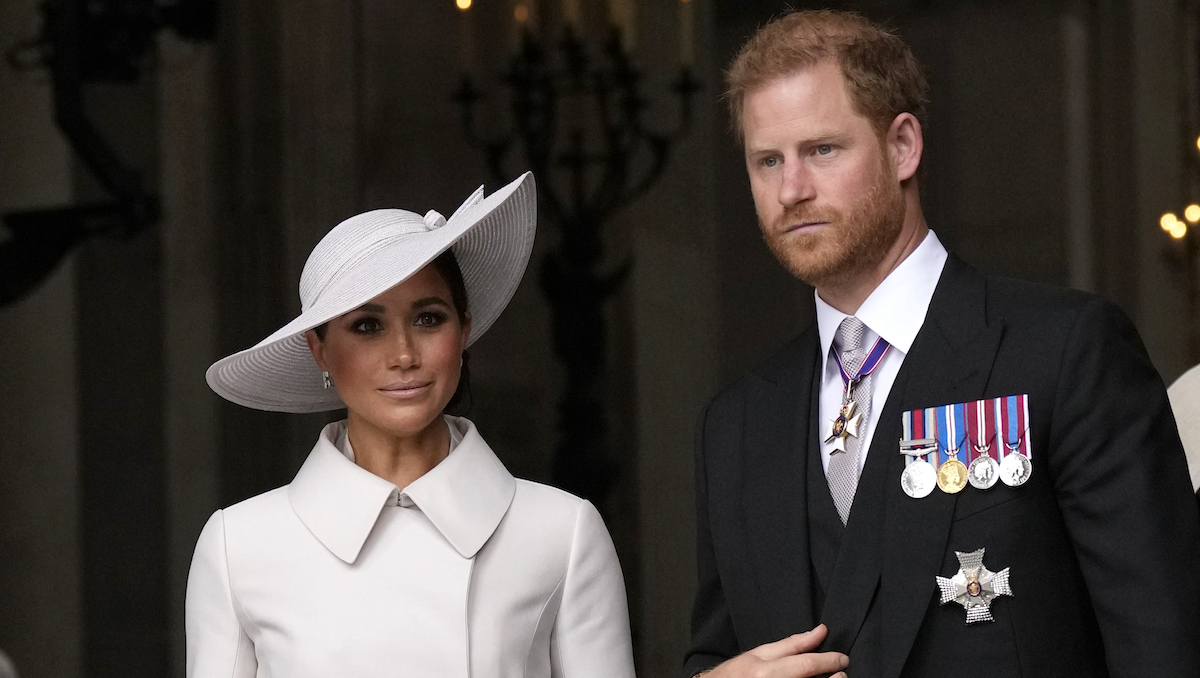