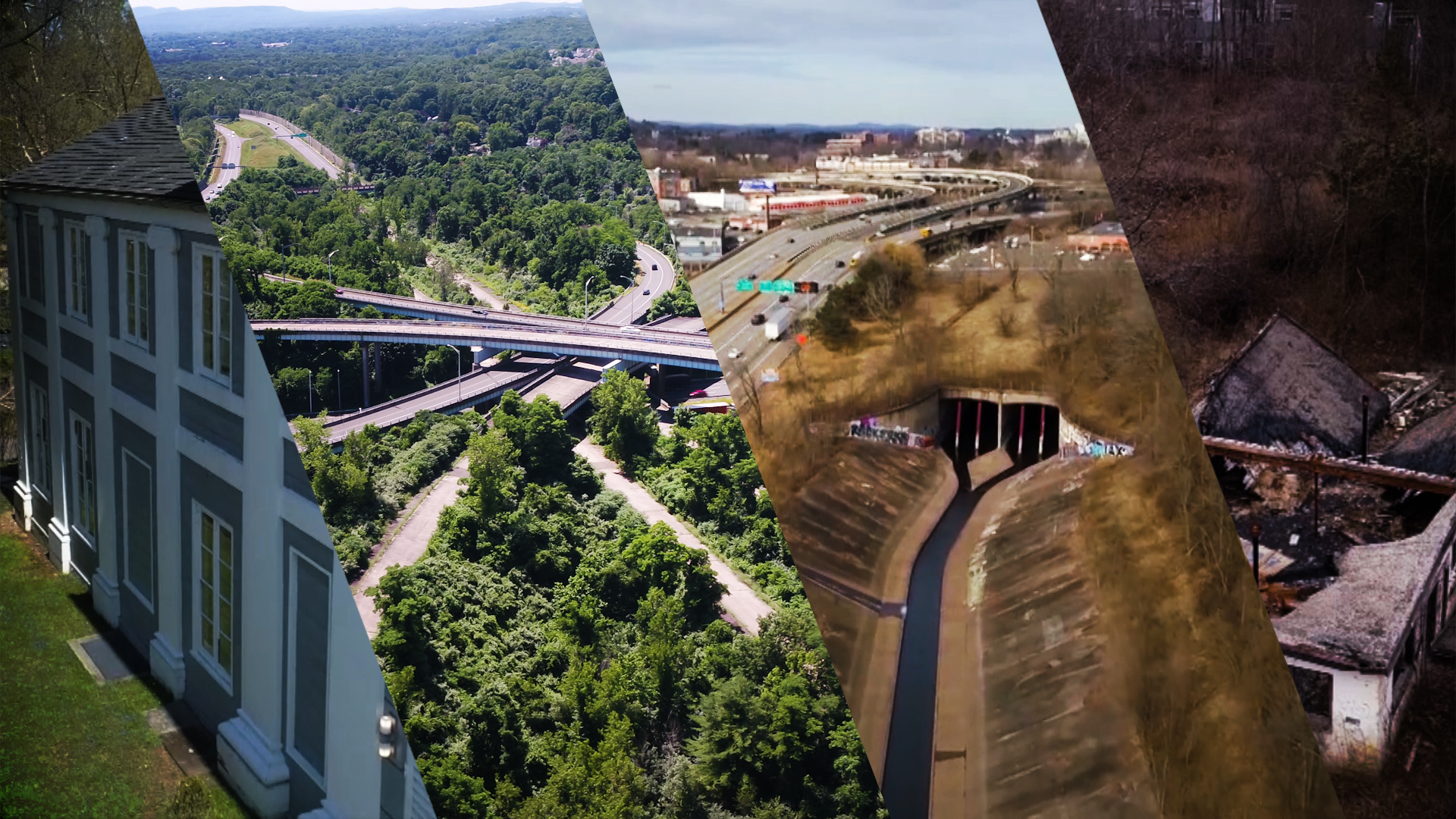 Sometimes the best hiding places can be found right out in the open. It's almost like they are Hidden In Plain Sight. This is a collection of some of the stories that have received attention from tens of thousands of people over the last year.

Did you know there is a waterway underneath one of the state's largest cities? Have you seen the unique home in Hartford that has some deceiving dimensions? Do you know the story behind that giant cross that's high above Interstate 84 in Waterbury? It turns out, Connecticut holds many secrets.

Scroll through and take some time to enjoy - and share - these stories, photo galleries, drone videos and 360-degree tours. Many of these Hidden In Plain Sight story ideas have come from you! If there are other spots in our state that you want to explore, share your ideas by emailing dan.corcoran@nbcuni.com.

Unique Places You Never Knew Were in Connecticut

Our first ever Hidden in Plain Sight was a peek at some of the unique spots you can find across Connecticut.

We visited a unique house in Hartford that is not all it seems once you take a closer look.

Note that the video will only show as 360-degree view in Chrome, Firefox, MS Edge, or Opera. On mobile use the YouTube app.

Anyone who's ever driven on I-84 in Waterbury has seen the large cross marking what's left of Holy Land USA. Take a look at some historic photos of Holy Land when it was open to the public as a theme park.

We followed roads to nowhere to figure out where they were meant to lead. Scroll through the galleries for details on each of these unique locations.

The Sterling Opera House has been standing tall on the edge of the green in downtown Derby for more than a century. It has been sealed off to the public in recent years, and some who have entered it say it can get spooky.

Note that the video will only show as 360-degree view in Chrome, Firefox, MS Edge, or Opera. On mobile use the YouTube app.