Thousands of Connecticut state employees, K-12 teachers, school bus drivers, and daycare workers were among those being urged to get vaccinated or else get tested for COVID-19 in the waning hours before Gov. Ned Lamont's executive orders requiring vaccinations for certain employees take effect on Monday.

State employees were reminded to upload their vaccination status, applicable weekly testing results or medical and religious exemption requests by midnight on Sunday to a third-party app.

“Please also set aside enough time Friday or this weekend to complete the process and don’t leave reporting until the last minute in case you encounter any issues. Employees who do not complete the process will be subject to unpaid leave and possible separation from state service,” Department of Administrative Services Commissioner Josh Geballe wrote in an email sent to affected state employees on Thursday.

Geballe noted that it could take several days next week to manually input submissions and “fully assess individual compliance" and any resulting actions. “As such," he wrote, "all employees should report to work on Monday as usual and continue to report normally until and unless notified otherwise.” 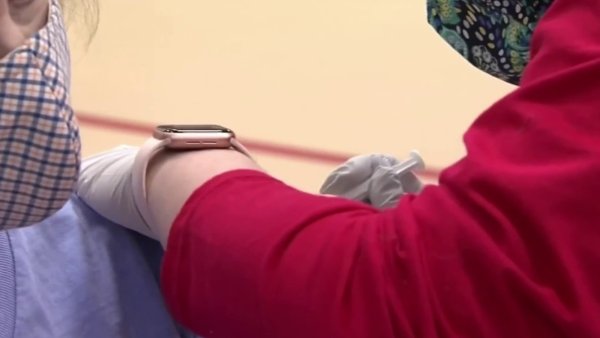 Over 80% of Eligible Connecticut Residents Are Fully Vaccinated Against COVID-19: CDC

State officials are uncertain how many affected workers may not comply with the order. Some issues still remain with state employee unions leaders, including the “exact nature of the consequence for not complying with the executive order, and whether there should be a cash incentive associated with being vaccinated,” according to an update posted Thursday night by the State Employee Bargaining Agent Coalition.

Despite such outstanding issues, Lamont's administration has reached a formal agreement with the state employee unions that represent mostly executive branch workers. For example, unvaccinated workers' state health insurance will now cover the cost of the first four COVID tests at locations not providing free testing. Also, unvaccinated state employees will be allowed to use sick time, personal leave, vacation time or other accruals to cover the work time lost in order to get tested.

But Geballe warned on Thursday during a news briefing with Lamont that workers will have to eventually pay for these tests.

“There’s a very simple solution to this. Just get vaccinated,” he said.

Meanwhile, school officials across the state were waiting Friday to see how many of their workers might forgo vaccinations and the required testing. Fran Rabinowitz, executive director of the Connecticut Association of Public School Superintendents, said her members believe most of their teachers and staff will be vaccinated or tested in time.

“For the most part, what superintendents are telling me, they will be compliant with the testing by midnight on the 26th. It may take a few days … to get the testing processed, but they will be tested or vaccinated," said Rabinowitz, who has heard of “isolated incidents” of staff who refuse to be tested or vaccinated, and subsequently won't be allowed on school property.

Meanwhile, Rabinowitz said she's heard from school bus companies that as many as 300 bus drivers may refuse to get vaccinated and tested, and therefore won't be allowed to work. She said that will only exacerbate an existing shortage of bus drivers.

“I hope that the bus drivers reconsider and either get tested or vaccinated,” she said.

Lamont said Thursday that his administration has been working to “accelerate getting additional bus drivers in place” in order to bring students to school next week in case large numbers of school bus drivers decide not to get required vaccinations or testing.

The governor's orders also require employees at long-term care facilities, including nursing homes and assisted living facilities, to get their first shot of a two-dose vaccine and have an appointment for a second vaccine dose by Sept. 27. Their employers face a possible $20,000-a-day fine for any violations.

Monday's deadline comes several days before Lamont's executive authority is set to expire on Sept. 30. The Democratic-controlled General Assembly is meeting next week to consider extending those powers until February.