Many cans of high caffeinated energy drinks say not recommended for children.   But go to convenience stores and you will see middle school kids buying them without problems. The companies are not required to list caffeine content and some kids are drinking them like soda.   But after one frightening incident, one mom says no more for her son.

“I was afraid he was going to fall he was just shaking profusely," said mom Dawn Holleman.

She took him to the emergency room where the doctor asked one simple question: “How much caffeine do you drink.”

He drank two Amp energy drinks and a Mountain Dew.

He is fine.  The diagnosis was heart palpitations caused by too much caffeine.  The combination of energy drinks and some over the counter medicine he took for a head ache, gave Dalton and his mother quite a scare. 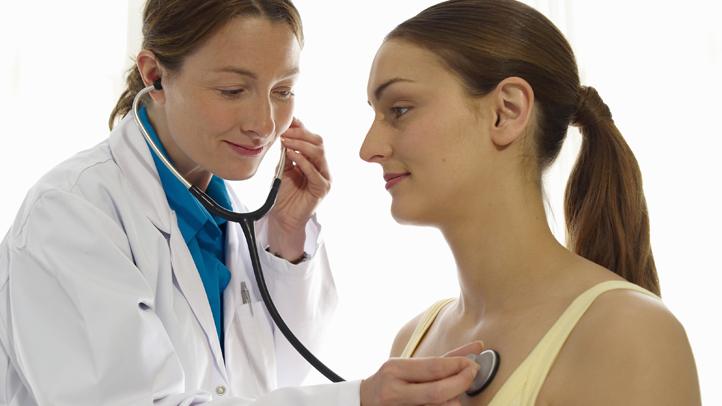 Why Is It So Hard to Find a Primary Care Doctor Right Now?

They’re not alone.  In Florida, four middle school boys went to the hospital with heart palpitations. They blamed the energy drink Redline which has about ten times the caffeine as coke.

“In general kids, should keep away from caffeine," said Amy Hanoian-Fontana of the Connecticut Poison Control Center.

Hanoian-Fontana says too much caffeine can put stress on a child's developing heart and can keep kids from getting the sleep they need to grow.

"Caffeine is a stimulant so it revs everything up.  It increases your heart rate, your breathing, you can have insomnia from it as a side effect," she said.

A study at Johns Hopkins blamed energy drinks for an increase in reports of caffeine intoxication.  Further, it predicted an increase in caffeine dependence and withdrawal symptoms like headaches for children who suddenly quit caffeine.

The manufacturer of Redline says its packaging warns: “Keep out of reach of children.  Not intended for persons under 18.”

Many of the more mainstream moderately caffeinated drinks such as Amp, Rockstar and Monster say not recommended for children.

The Food and Drug Administration doesn't require these warnings or even labels listing the level of caffeine. The government does require warnings for over the counter stimulants like no-dos, which is actually less caffeinated than some energy drinks.