President Joe Biden asked Congress on Thursday for $33 billion to bolster Ukraine's fight against Russia, signaling a burgeoning and long-haul American commitment as Moscow's invasion and the international tensions it has inflamed show no signs of receding.

The package has about $20 billion in defense spending for Ukraine and U.S. allies in the region and $8.5 billion to keep Ukrainian President Volodymyr Zelenskyy’s government providing services and paying salaries. There's $3 billion in global food and humanitarian programs, including money to help Ukrainian refugees who've fled to the U.S. and to prod American farmers to grow wheat and other crops to replace the vast amounts of food Ukraine normally produces.

The package, which administration officials estimated would last five months, is more than twice the size of the initial $13.6 billion aid measure that Congress enacted early last month and now is almost drained. With the bloody war dragging into its third month, the measure was designed to signal to Russian President Vladimir Putin that U.S. weaponry and other streams of assistance are not going away.

“The world must and will hold Russia accountable," Biden said. “And as long as the assaults and atrocities continue, we’re going to continue to supply military assistance.”

Zelenskyy thanked the U.S. in his nightly video address to his nation. “President Biden rightly said today that this step is not cheap," he said. “But the negative consequences for the whole world from Russia’s aggression against Ukraine and against democracy are so massive that by comparison the U.S. support is necessary.”

Biden's request to Congress comes with powerful Russian offensives underway in eastern and southern Ukraine, and pleas from Zelenskyy for long-range and offensive weapons. The U.S. and others have pledged to step up deliveries of such equipment, and summaries of Biden's plan mention artillery, armored vehicles and anti-air and anti-tank weapons and munitions.

Biden said the new package “addresses the needs of the Ukrainian military during the crucial weeks and months ahead” and begins a transition to longer-term security assistance that’s “going to help Ukraine deter and continue to defend against Russian aggression.”

The proposal also comes as Russia has halted gas supplies to two NATO allies, Poland and Bulgaria, increasing anxieties that the war and its repercussions, in one form or another, could ultimately spread elsewhere.

Biden promised that the U.S. would work to support its allies’ energy needs, saying, “We will not let Russia intimidate or blackmail their way out of the sanctions.”

Bipartisan support in Congress for Ukraine is strong, and there is little doubt that lawmakers will approve aid. But Republicans said they were examining the proposal's details, including its balance between defense and other expenditures, and would not reflexively rally behind Biden's $33 billion figure.

Biden's billion request is more than half the entire proposed $60 billion budgets for next year for the State Department and U.S. Agency for International Development. 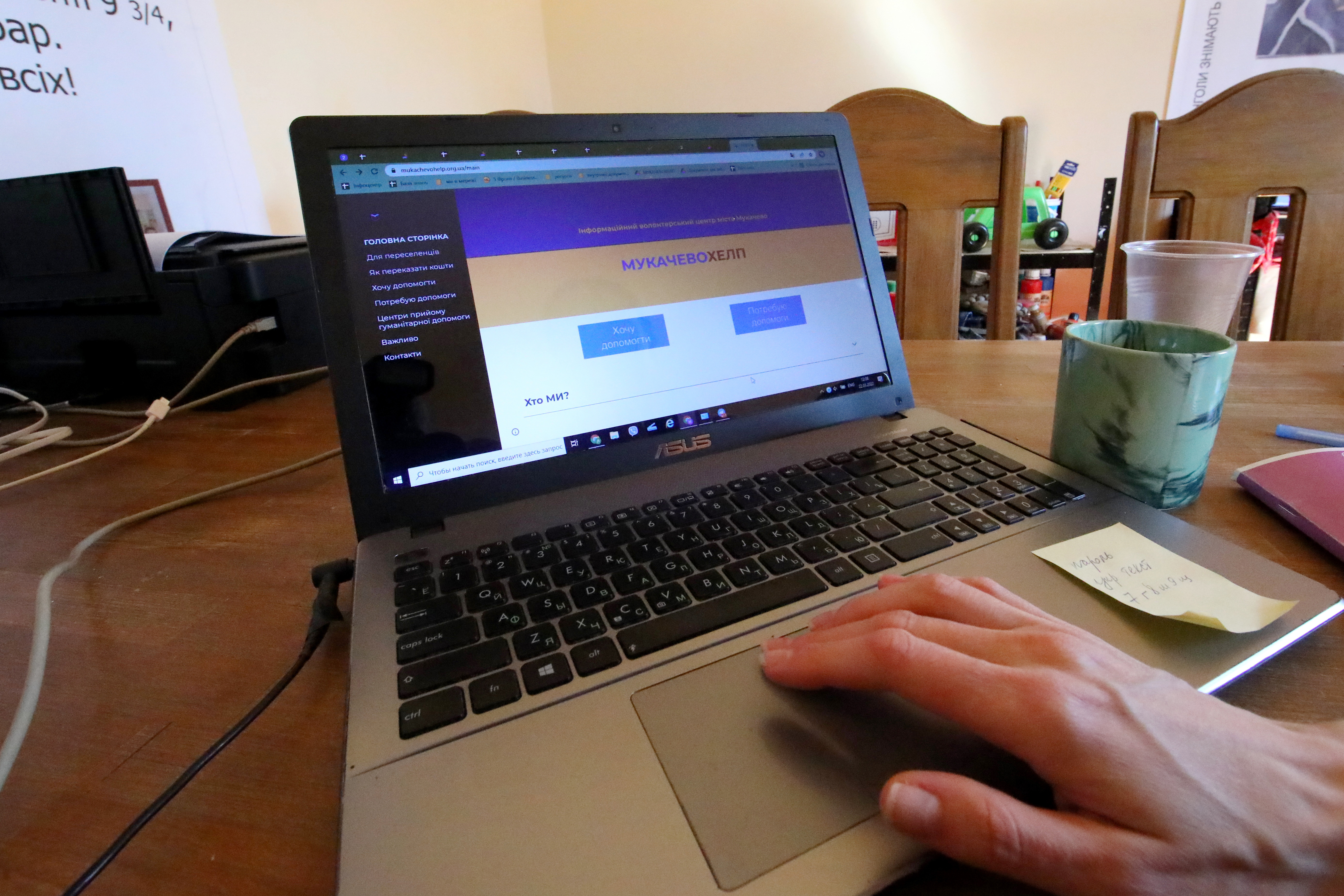 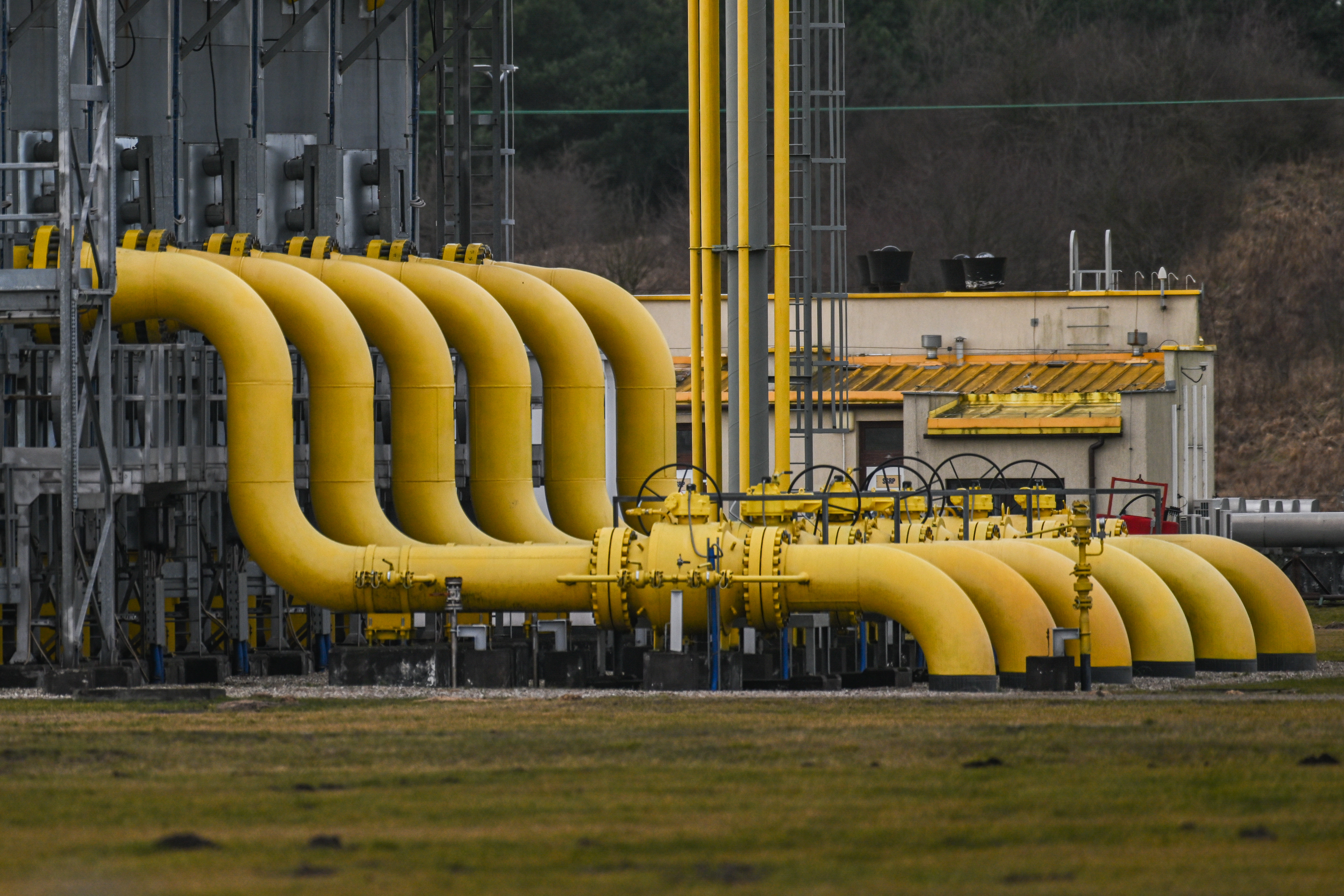 The $20 billion defense portion of Thursday's package amounts to about one third of Russia’s entire military budget and is well over Ukraine’s $6 billion defense expenditures. Both figures are for 2021 and were compiled by the Stockholm International Peace Institute, a Swedish organization that studies defense issues.

Biden has proposed $800 billion for the Pentagon for next year.

According to Brown University’s Costs of War Project, the U.S. has spent about $2.2 trillion on the wars in Afghanistan and Iraq since Sept. 11, 2001.

The biggest potential stumbling blocks in Congress are Democrats' desire to also consider billions more to combat the pandemic, and a GOP drive to force an election-year vote on renewing some Trump-era immigration restrictions that seems likely to divide Democrats.

But combining those ingredients yields a complicated political brew that could slow the Ukraine money when every day counts for Kyiv's outnumbered forces. Senate Majority Leader Chuck Schumer, D-N.Y., has said he wants to combine the Ukraine and COVID-19 spending — the virus money gets only tepid GOP support — but was notably silent on that question Thursday.

President Joe Biden announced Thursday that he would be requesting $22.5 billion in additional funds to fight the ongoing spread of COVID-19 and address pandemic-caused issues in the supply chain.

Biden seemed to open the door to letting the Ukraine measure move separately, which would accelerate its pace. “They can do it separately or together,” Biden said, “but we need them both.”

Biden asked lawmakers Thursday to provide $22.5 billion for vaccines, treatments, testing and aid to other countries in continuing efforts to contain COVID-19.

But that request, which he also made last month, seems symbolic. In a compromise with Republicans, Senate Democrats have already agreed to pare that to $10 billion, and reviving the higher amount seems unlikely.

Biden also asked Congress on Thursday for new powers to seize the assets of Russian oligarchs, saying the U.S. was seizing luxury yachts and homes of “bad guys.” He proposed letting the government use the proceeds from selling those properties to help the people of Ukraine.

The president wants lawmakers to make it a crime to “knowingly or intentionally possess proceeds directly obtained from corrupt dealings with the Russian government,” double the statute of limitations for foreign money laundering offenses to 10 years, and expand the definition of “racketeering” under U.S. law to include efforts to evade sanctions.

The U.S. has commited over $2 billion to Ukraine in security assistance since the start of the Biden Administration – $1 bilion of it in March alone. Security assistance takes the form of equipment from the Department of Defense and is meant to help Ukrainians defend their country against Russia.

Note: Not all pledged government funding has been allocated yet
Source: The White House
Credit: Andrew Williams/NBC

In recent weeks, the U.S. and global allies have sanctioned dozens of oligarchs and their family members, along with hundreds of Russian officials involved in or deemed to be supporting its invasion of Ukraine. The White House says the new tools will toughen the impact of the sanctions on Russia's economy and its ruling class by making sanctions more difficult to evade.

Of the new money Biden is requesting for military purposes, $6 billion would be to arm Ukraine directly and $5.4 billion to replace U.S. supplies sent to the area. There is also $4.5 billion for other security assistance for Ukraine and U.S. allies and $2.6 billion for the continued deployment of U.S. forces to the region.

The proposed spending also has $1.2 billion to help Ukrainian refugees fleeing to the U.S. with cash assistance, English language instruction and help to school districts with Ukrainian students. There is $1.6 billion for global food programs to compensate for shortages prompted by the war's impact on Ukraine's food production.