Pence was to have visited the region in mid-December, but rescheduled as Trump's dramatic policy shift on Jerusalem just a few days earlier triggered Arab condemnation and region-wide protests

U.S. Vice President Mike Pence's upcoming visit to the Middle East comes at a time of intensely publicized friction between his administration and the Palestinian leadership, posing a dilemma for his Arab hosts — Egypt's president and Jordan's king — on how to safeguard their vital ties with Washington without appearing to ignore Palestinian misgivings.

Both countries are heavily dependent on U.S. military and economic aid, and talks with a senior Trump administration official like Pence offer them an opportunity to strengthen those ties.

It's a tall order given that Pence is visiting at a time of rising anti-U.S. sentiments in the region, stoked by President Donald Trump's recognition of contested Jerusalem as Israel's capital. The city is home to major Muslim sites, along with Christian and Jewish shrines, and its Israeli-annexed eastern sector is sought by the Palestinians as the capital of a future state.

Egypt's elder statesman, Amr Moussa, warned Arab leaders against altering their longstanding objective: A Palestinian state with east Jerusalem as its capital. In a jarring article published recently, the former foreign minister and Arab league chief warned that making concessions on the Palestinian issue would be a "gross strategic mistake."

Palestinian leader Mahmoud Abbas, who has openly cursed Trump over his Jerusalem decision, showed just how deep the gap is between him and the United States after Trump's decision. Addressing a Cairo conference Wednesday, he repeated that Washington removed itself from its role as an honest peace broker. He added: "Jerusalem will be a gate for peace only if it is Palestine's capital, and it will be a gate of war, fear and the absence of security and stability, God forbid if it is not."

Pence was to have visited the region in mid-December, but rescheduled as Trump's dramatic policy shift on Jerusalem just a few days earlier triggered Arab condemnation and region-wide protests.

At the time, Abbas said he would not receive Pence in the biblical city of Bethlehem, as originally planned, and the spiritual leaders of Egypt's Muslims and Orthodox Christians — Al-Azhar's Grand Imam Ahmed al-Tayeb and Tawadros II respectively — also canceled their meetings with him. 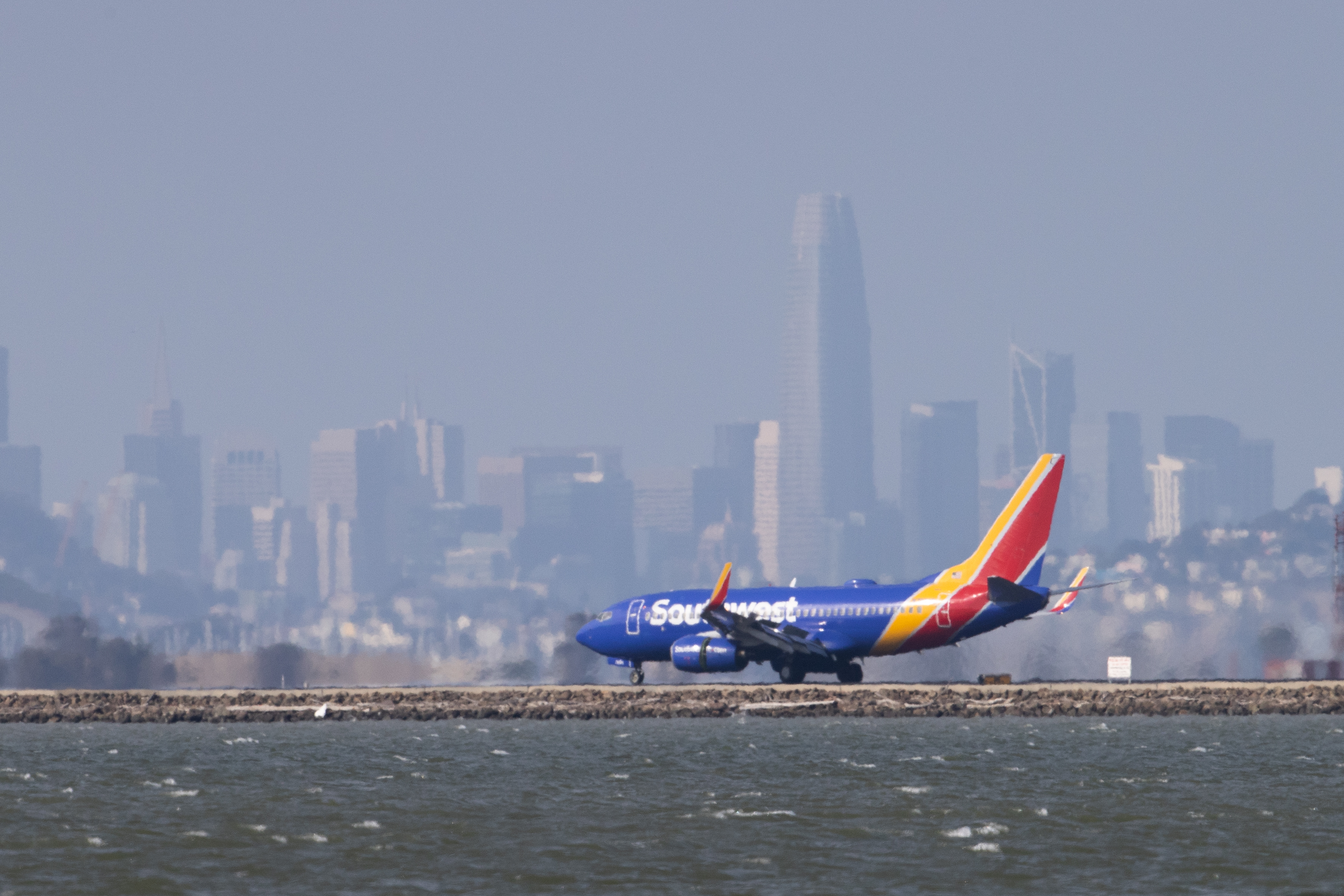 Passenger in Custody After Disruption on Southwest Flight

The U.S.-Palestinian crisis has escalated since, with Abbas publicly attacking Trump this week over what he fears is an emerging U.S. plan to propose a Palestinian mini-state in only some of the land Israel captured in the 1967 Arab-Israeli war and without a foothold in Jerusalem. Meanwhile, the Trump administration on Tuesday said it was sharply reducing funding to a U.N. aid agency serving millions of Palestinian refugees and their descendants, blaming the Palestinians for lack of progress in Mideast peace efforts.

Egypt's president, Abdel-Fattah el-Sissi, reassured Abbas on Wednesday of Cairo's continued efforts to secure an independent Palestinian state with east Jerusalem as its capital, according to a statement by presidential spokesman Bassem Radi. That may in part have been designed to put to rest the fallout from a New York Times report last week which claimed that while Egypt publicly condemned Trump's Jerusalem decision, it privately supported the move.

El-Sissi has repeatedly appealed to Trump to be more involved in the fight against Islamic militancy in the region. With his security forces struggling to contain an insurgency by an Islamic State affiliate in Egypt's Sinai Peninsula, the general-turned president will show little willingness to allow anything to diminish what he sees as a strategic alliance with Washington.

Sounding a realistic note, Abbas aide Ahmed Majdalani said the Palestinians did not expect Arab countries to follow suit in their strong response to Trump's Jerusalem's decision. At the same time, he explained, they don't believe the Trump administration will win support for any peace plan that weakens Arab ties to Jerusalem.

His Hashemite dynasty largely derives its political legitimacy from its historic role as custodian of Jerusalem's main Muslim shrine, the Al-Aqsa mosque, which is Islam's third holiest site. Any perceived threats to Muslim claims to the city, such as Trump's shift on Jerusalem, undermine its vital role there.

Over the years, Abdullah has tried to soften continued domestic opposition to Jordan's peace treaty with Israel, struck by his father in 1994, in part by offering his services as mediator on behalf of the Palestinians, in dealings with Israel and the U.S.

Pence's meeting with Abdullah on Sunday follows a series of anti-U.S. protests in the kingdom — including some organized by Islamists.

Musa Shteiwi, director of Jordan University's Center for Strategic Studies, said Amman cannot afford to disengage from the U.S. But, he explained, Pence needs to "carefully listen" to what U.S. allies are saying about the risk involved in Trump's Jerusalem decision.

Jordan is the recipient of $1.5 billion in 2015 and $1.6 billion last year in U.S. aid, partially given to fund humanitarian assistance and help Jordan shoulder the burden of hosting hundreds of thousands of refugees from Syria and Iraq.

Jordan, with its deteriorating economy and rising unemployment, is bracing for the fallout from the cuts in U.S. funding for the U.N. agency that has for decades provided education, health and welfare services to some 5 million Palestinian refugees and their descendants in the region.

In contrast, Pence can expect a warm welcome in Israel, whose hard-line government is one of the Trump administration's biggest supporters on the international stage. Trump has adopted a series of decisions seen as sympathetic to the Israeli government, distancing himself from the two-state solution favored by the international community, expressing little opposition to settlement construction and most recently, recognizing Jerusalem as Israel's capital.

Pence's visit will be highlighted by an address to Israel's Knesset, or parliament, an honor rarely accorded to visiting dignitaries. When Trump recognized Jerusalem as the Israeli capital, he insisted that it did not preclude Palestinian claims or the city's future borders. But the Pence visit, particularly if he refers to the area as being Israeli, will deepen the Palestinian suspicions that Trump has sided with Israel on the most sensitive issue in the Israeli-Palestinian conflict.