Washington's week closed Friday without further explanation from the president

In his quest to tackle gun violence, President Donald Trump has alternated between calling for tougher laws and declaring his fealty to the Second Amendment's right to bear arms, leaving a trail of befuddled lawmakers and advocates in his wake.

One thing he still has not done: clearly outline his legislative priorities.

Washington's week closed Friday without further explanation from the president, the White House indicating that for now, he is backing an incremental proposal on background checks and a bill that would provide new federal dollars to stem school violence. 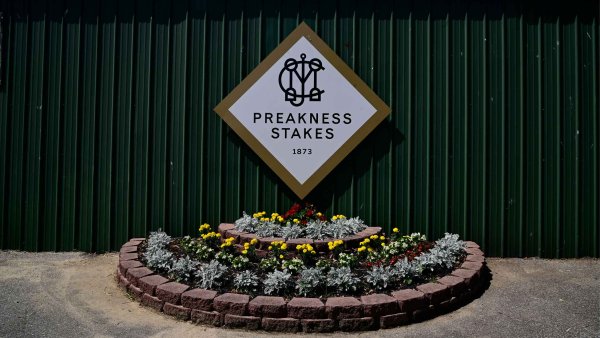 Just what Trump would like to see in the "beautiful" and "comprehensive" bill he called for earlier in the week remained unclear. That comment came at a bipartisan meeting with lawmakers Wednesday, which was quickly followed by a private session with the National Rifle Association on Thursday.

He had outlined some of his preferences via Twitter earlier Thursday, saying that both good and bad ideas had come out of the bipartisan meeting. He said: "Background Checks a big part of conversation. Gun free zones are proven targets of killers. After many years, a Bill should emerge. Respect 2nd Amendment!"

Amid the confusion, Senate Majority Leader Mitch McConnell has shelved the gun debate for now, saying the Senate will turn next week to other measures.

Disagreement continues among legislators over the appropriate response after the Florida school shooting that left 17 dead. Republicans have largely backed away from stricter gun limits, while Democrats emboldened by Trump's rhetoric are pushing for ambitious action, including expanded background checks and even a politically risky ban on assault weapons.

As is often the case, the president has been an unreliable negotiator.

Sen. Chris Murphy, a Connecticut Democrat who is a leading advocate of tougher gun laws, predicted on Twitter: "The White House is going to bob and weave on guns. Accept it."

Still, he added: "Trump's instinct on this issue is not wrong — if his party doesn't get behind background checks soon, they're cooked in 2018 and 2020." And he argued that Trump's "willingness to buck the gun lobby in public, rule out the NRA agenda and talk up background checks, has changed this debate nationally."

Sanders said Trump had not signed on to a more sweeping background check bill that would require the review of firearm purchases online and at gun shows. The measure, from Sens. Pat Toomey, R-Pa., and Joe Manchin, D-W.Va., has found new momentum since it was first introduced after the 2012 shooting at Sandy Hook Elementary School in Connecticut that left 20 children dead.

The president also wants to use an executive order to bar the use of "bump stock" devices that enable guns to fire like automatic weapons.

After Republican anxiety about Trump's comments seeming to express openness to tougher gun controls, the executive director of the NRA, Chris Cox was positive about their Thursday night meeting. He tweeted that Trump and Vice President Mike Pence "support the Second Amendment, support strong due process and don't want gun control."

As part of Trump's efforts to consider various responses to gun violence, he plans to host members of the video game industry this coming week. He has repeatedly referenced the violence in movies and video games during conversations about guns and school safety since the Florida shooting.

Sanders said invitations started going out Thursday, and event details were being finalized. The Entertainment Software Association, a trade group that represents the video game industry, said Friday the group and its members had not been invited.

Nicole Hockley, who lost a child at Sandy Hook, has attended two White House meetings with Trump and said she remained optimistic.