The White House moved Monday to pressure state and local governments to swiftly adopt policies to protect renters after an eviction moratorium expired over the weekend, potentially pushing millions of Americans out of their homes.

In a statement on Monday, the White House emphasized that the federal government has provided $46.5 billion to keep renters in their homes. But it accused states and cities of being “too slow to act,” preventing that aid from making its way to tenants whose livelihoods have been upended by the pandemic.

The focus on states comes as President Joe Biden faces stinging criticism, including from some in his own party, that he was was slow to address the end of the moratorium. House Speaker Nancy Pelosi called the prospect of widespread evictions “unfathomable.” The Congressional Black Caucus intensified pressure on the White House to issue an immediate extension. And one Democrat, Rep. Cori Bush of Missouri, who has been camped out in protest had a brief conversation at the U.S. Capitol with Vice President Kamala Harris on Monday.

Some people were at risk of losing their homes as soon as Monday. But the White House insists there is only so much it can do on its own and that state and local leaders need to step up and get the aid out. 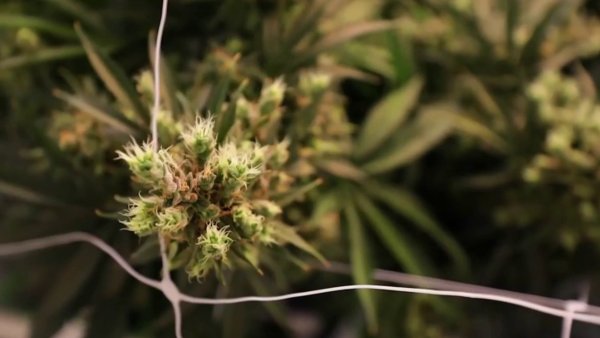 Cannabis in Connecticut 6 hours ago

Face the Facts: Some Want Cannabis Legalization Timeline Moved Up 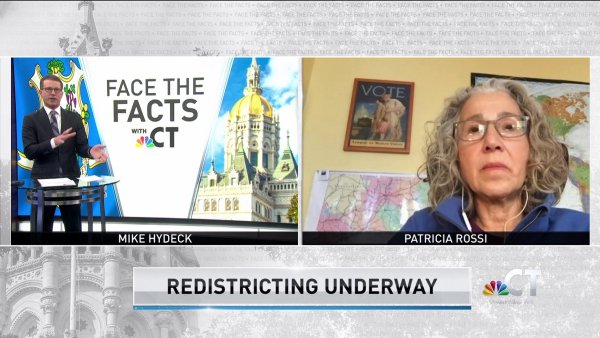 “The president is clear: If some states and localities can get this out efficiently and effectively there’s no reason every state and locality can’t,” Gene Sperling, who oversees the administration's coronavirus relief plans, told reporters. “There is simply no excuse, no place to hide for any state or locality that is failing to accelerate their emergency” rental assistance.

Late last week, Biden announced he was allowing the ban to expire. The White House said he would have supported an extension of the moratorium but pointed to the Supreme Court, which signaled in a 5-4 vote in late June that it wouldn’t back further extensions. Justice Brett Kavanaugh wrote that Congress would have to act to extend the moratorium. The White House noted that state-level efforts to stop evictions would spare a third of the country from evictions over the next month.

While the administration is still investigating legal options to forestall evictions, officials said their options were limited. White House Press Secretary Jen Psaki said that the CDC, which issued the eviction ban, was “unable to find legal authority for a new, targeted eviction moratorium.”

Mass evictions could potentially worsen the recent spread of the COVID-19 delta variant as roughly 1.4 million households told the Census Bureau they could “very likely” be evicted from their rentals in the next two months. Another 2.2 million say they’re “somewhat likely” to be evicted.

Sperling said the administration will keep looking for additional legal avenues to keep people in their homes. Yet he stressed the complexity of the problem by also noting that the Trump administration developed guidelines for providing aid to renters and landlords that were unworkable. Those guidelines which required extensive documentation were changed once Biden was in office.

“This is not an easy task,” Sperling said. “We as a country have never had a national infrastructure or national policy for preventing avoidable evictions.”

Pelosi, for her part, said that she welcomed the administration’s urging of states and cities to impose their own moratoriums. And she said Treasury Secretary Janet Yellen would hold a virtual briefing Tuesday with lawmakers as they push to more quickly ensure the states distribute the federal aid.

Rep. Maxine Waters, the powerful chair of the Financial Services Committee, has been talking privately for days with Yellen. She said in a statement that she urged Yellen to use her influence to urge states to push the money out the door and the treasury secretary has personally committed to doing so.

The CDC put the eviction ban in place as part of the COVID-19 response when jobs shifted and many workers lost income. The ban was intended to hold back the spread of the virus among people put out on the streets and into shelters.

Democratic lawmakers said they were caught by surprise by Biden's decision allowing the ban to expire, creating frustration and anger and exposing a rare rift with the administration.

Congress was unable to pass legislation swiftly to extend the ban, which expired at midnight Saturday, and the House Democratic leaders have said it was now up to Biden’s administration to act.

Bush, a St. Louis-area congresswoman, has been leading a protest at the Capitol since the eve of the expiration. She has been joined at times by other top progressive Democrats urging action, including Rep. Alexandria Ocasio-Cortez of New York and Sen. Elizabeth Warren of Massachusetts.

Senate Majority Leader Chuck Schumer and Sen. Bernie Sanders were among those stopping by to visit with Bush outside the Capitol. But she also talked briefly with Vice President Kamala Harris.

“I needed her to look me in my eyes and I wanted to look in hers when I asked for help to prevent our people from being evicted,” Bush said on Twitter. “Madam Vice President, let’s work together to get this done.”