Connecticut has its swagger back.

Kaleena Mosqueda-Lewis led six UConn players in double figures, and the top-seeded Huskies routed Idaho 105-37 on Saturday in the first round of the NCAA tournament.

The win follows two losses to Notre Dame this month that left the Huskies without Big East regular-season or tournament titles for the first time in 20 years. 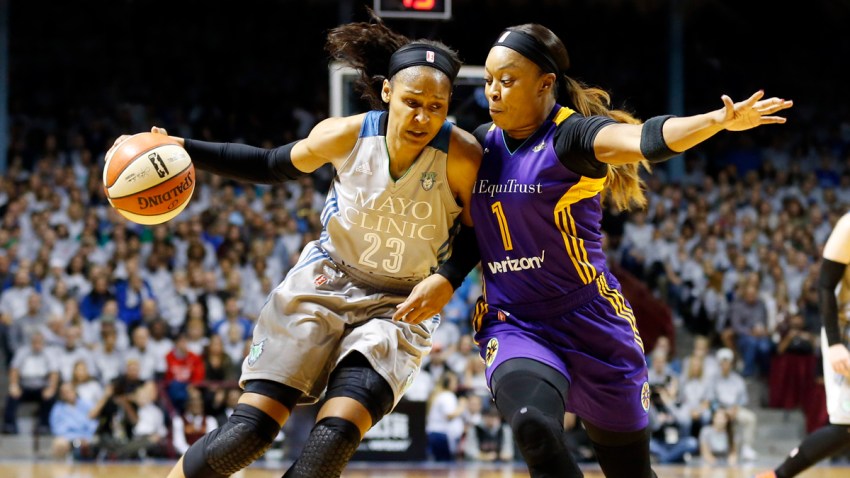 "I wanted them to understand that this was the beginning of our third season," coach Geno Auriemma said. "Let's put everything behind us. And I think we did."

Mosqueda-Lewis finished with 22 points, all in the first half. Morgan Tuck had 18, Moriah Jefferson chipped in 16, and Kiah Stokes scored 14 points and grabbed 11 rebounds. The Huskies (30-4) advanced to the second round for the 20th straight time in their 25th consecutive tournament appearance.

"Today was perfect for getting our legs back, our momentum, our confidence," said center Stefanie Dolson, who had 10 points. "Having everyone be a part of it was definitely a good start."

Stacey Barr had 14 points for Idaho (17-16), which was playing its second NCAA tournament game ever after upsetting Seattle for the Western Athletic Conference title.

"You think about coming in and playing UConn, then seeing them up close and in person, we certainly got the full show," Idaho coach Jon Newlee said.

UConn led by as many as 74 in the second half before Idaho made five 3-pointers in the last 4 minutes, four by Barr.

That kept the Huskies from setting a record for biggest margin of victory in an NCAA tournament game. That belongs to Tennessee which beat North Carolina A&T by 74 points in 1994.

"It's kind of nice not to be put in the record book for something like that," Barr said.

Connecticut put this one away early, opening the game with a 22-3 run and holding Idaho without a basket for more than 5 minutes.

The Huskies led 58-17 at the break, and it didn't get better for the Vandals after halftime. UConn stretched the lead to 69-17 on a 3-pointer by Kelly Faris. Kiah Stokes' jumper with more than 12 minutes to go, made it 78-18. The Vandals scored their first point of the second half on a free throw with 12:31 left.

A basket by little used Heather Buck pushed the lead past 70 at 93-22.

Connecticut shot 61 percent from the floor, while holding Idaho to 14 baskets on 53 attempts (26 percent).

UConn outrebounded Idaho 45-23, and outscored the Vandals in the paint 46-8.

"Our whole team had a lot of energy from start to finish," Mosqueda-Lewis said.

UConn played the game without one of its key post players. Freshman Breanna Stewart injured her left calf in practice on Friday, and sat out as a precaution. She is expected to be ready to play on Monday.

The Huskies are trying for a record sixth consecutive trip to the Final Four and an eighth national championship. They have won 30 games for an NCAA record eighth straight season.

The 30th win came on Auriemma's 59th birthday. The Huskies are 8-1 when playing on that day, the lone loss coming to North Carolina State in the 1998 regional final.

UConn is a top seed for the seventh straight year. The Huskies are 21-2 in first-round games, which doesn't include the two seasons they received first-round byes.

They came in having won their last six first-round games by an average of 41 points.

The win was the 86th for the Huskies in the NCAA tournament, second only to Tennessee's 112.

Idaho also lost in the first round in 1985, 74-51 to Cheryl Miller and Southern California.

This year's team lost nine of its first 20 games this season, but finished strong, winning 14 of the final 20 and sweeping through the Western Athletic Conference tournament.