It was just another job for child actor Karolyn Grimes. She was 6 and had already done four movies by the summer of 1946 when filming began on “It’s a Wonderful Life." The only thing she recalls about the biggest movie of her career was being delighted to play in snow on the set.

That single job would become very memorable to a lot of other people. “It's a Wonderful Life,” which marks its 75th anniversary this year, is now a beloved holiday tradition across the globe.

“It’s a once-a-year pick-me-up for the humanity of America and the world,” Grimes told The Associated Press. “It’s a good impetus to really keep us going in a positive direction.” 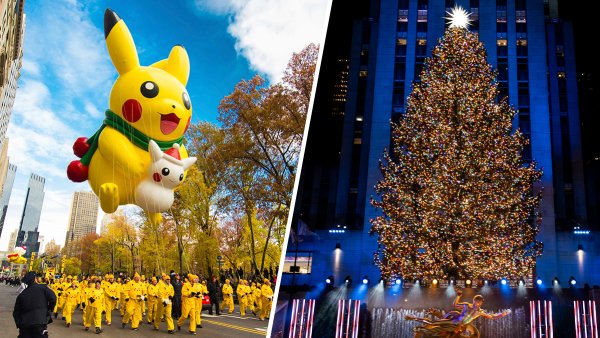 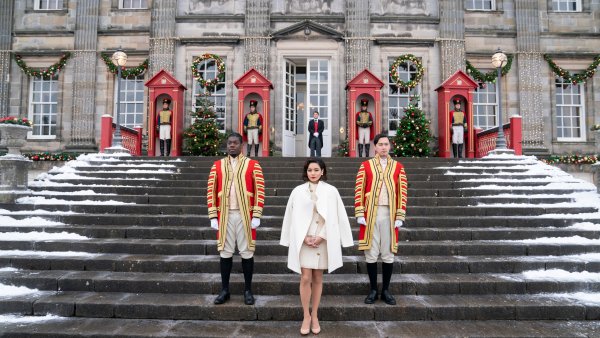 Here Are All the Holiday Movies Coming to Netflix This Season

“It’s a Wonderful Life” was released in late 1946, produced and directed by Frank Capra and starring Jimmy Stewart and Donna Reed. It takes place on Christmas Eve in a small town.

The film centers on the character of George Bailey, played by Stewart, who considers suicide until his guardian angel intervenes and shows him all the people whose lives he has touched and the difference he has made in the community.

One memorable character is Zuzu, played by Grimes. She gets to say, ″Every time a bell rings, an angel gets his wings.″ And the petals from Zuzu’s rose — stuffed into a pants pocket by Stewart’s Bailey as he comforts his sickly daughter — become a symbol of life.

If Grimes is sort of fuzzy on the filming details, Jimmy Hawkins, another former child actor who played Tommy in the film, is the opposite. He recalls as a 4-year-old getting up while it was dark and taking buses and streetcars to Culver City to film his scenes.

“I have vivid memories of doing that film,” he says. "On the set, Capra would squat down, eye-to-eye, tell me what he wanted me to do and did I understand it. I said, 'Oh, yes, sir.’”

Grimes and Hawkins are the last surviving members of the cast and have chosen to represent the film's legacy and spread its lesson of doing good.

“We feel we’re lucky to have played those parts and carry Frank Capra’s message. He’s not around to do it, and he gave us a great part and a lot of wonderful memories, so we just naturally do it, says Hawkins.

”We want to carry on that message, whether it’s to inmates at Attica or ringing the bell at the Stock Exchange. We talk to everybody to keep it going."

Paramount Home Entertainment has released a limited-edition two-disc Blu-ray set with a colorized version of the film in high definition as well as the original, digitally remastered black-and-white movie in high definition. The set includes over 45 minutes of bonus content.

Director and writer David E. Talbert’s new Netflix film “Jingle Jangle: A Christmas Journey” is about a toy maker who finds new hope when his granddaughter appears on his doorstep and stars Forest Whitaker, Keegan-Michael Key and new actress, Madalen Mills. Talbert joined LX News to discuss why he was so driven to create a magical holiday story that Black children could embrace as their own.

The movie was nominated for five Oscars and has been recognized by the American Film Institute as one of the 100 best American films ever made. The movie also earned first place for most inspirational American Film of All Time by the AFI.

“It gives us such an optimistic view of what our lives can be. And we have the power to make that. We can make a difference and we can make things happen,” said Grimes.

Hawkins recalls Capra with a strong vision for the film — faith, hope and life renewed. The movie he made might be sentimental, but on the set, the director was not at all.

“It was his movie,” he says. “People fell by the wayside because it was his vision. If you didn’t have his vision, you weren’t making his move. He was very precise, very nice to everybody on the set. But now it’s a job.”

The film — now closely associated with Christmas — wasn't initially intended to be released over the holidays. But RKO's scheduled Christmas movie in 1946 — "Sinbad the Sailor" — wasn't ready so the studio asked Capra to rush production of “It’s a Wonderful Life." It was released Dec. 20 at the Globe Theatre in New York, a little late for a traditional Christmas rollout.

“They did a beautiful job of getting it out there and then it bombed more or less. It was not a hit,” says Grimes. “But then in the early '70s, it became public domain and it was on every channel every year.”

Grimes still gets letters from all over the globe and from generations of viewers. “I get a lot of fan mail from Great Britain and even the Mideast and all kinds of places,” she says. “It’s reaching a lot of people, and I think people will want to make a difference.”

Mark Kennedy is at http://twitter.com/KennedyTwits