Roadway Crashes Up 60%, Continue to Rise Across Connecticut

Liane Page, the owner of the Big Green Truck, says she was terrified when she saw the video of her employees being flipped over in a highway crash last month, and she was angry that no one stopped to help.

“Absolutely nauseous thinking that something so terrible could have happened, it could have been so much worse,” Page said. “God was definitely with them.”

The crash happened on Interstate 91 in Cromwell on a Saturday afternoon in April. Connecticut State Police say Marcos Gomez was speeding in the left lane, cut across traffic without breaking, and clipped the truck, causing the rollover crash. He’s charged with evading the scene of an accident, reckless driving, following too close, and unsafe lane change.

“It’s upsetting to see so many people speeding with zero concern for accidents, or someone else’s life, or hurting somebody,” Page said.

Kevin Sangurima, an employee who was in the Big Green Truck, tells NBC Connecticut he’s doing well after the crash. The incident, however, is part of a dangerous trend in the state. Fatal crashes are up 60% over this time last year.

Department of Transportation Commissioner Joseph J. Giulietti said they started to see more roadway crashes when the pandemic began because everything was closed, and the roads were wide open. 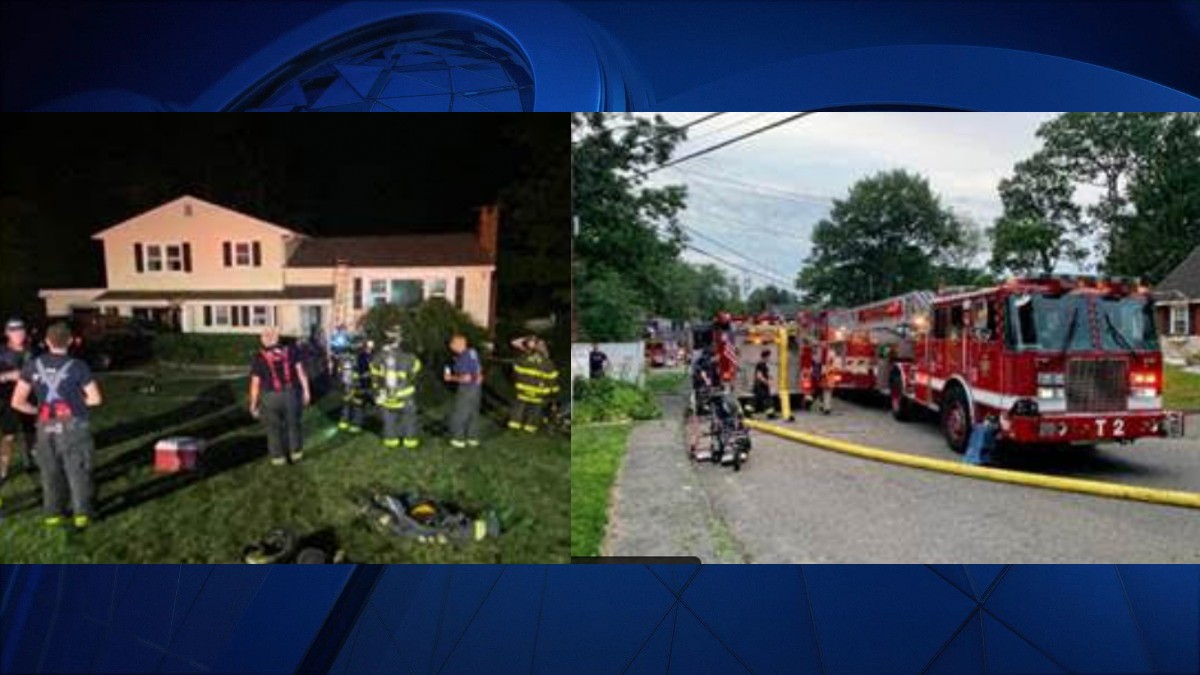 He says people have hit DOT construction warning vehicles more than 700 times in the last two years, adding that drivers could have easily injured or killed their crews.

“So, we're trying to help them identify where crash locations are most frequent, or where crashes occur most frequently, and then help them try and station or position vehicles in those locations so that people slow down when they come to these areas,” Jackson said.

When it comes to roadway safety in cities and towns, Jackson says local municipalities face a number of challenges when it comes to reducing crashes involving pedestrians.

Pedestrian fatalities are up 40% over this time last year. And in the last three years, three cyclists and 27 pedestrians have been killed on New Haven roads.

Jackson says there’s a lot of differing pedestrian behaviors that play a part. His team set up cameras near the New Haven Green to see how people move around on the streets and he said they saw people darting between buses, running across the roadway and not using crosswalks.

“So, there’s obviously pedestrian behaviors that lend themselves to be more risky,” Jackson said.

But that’s not always the case. In 2017, Melissa Tancredi, a Yale New Haven Hospital employee, was hit and killed while standing on the sidewalk at the intersection of York Street and South Frontage Road, yards from the hospital entrance.

Yellow cement posts were put in place at all four corners of the intersection to help keep pedestrians safe. But tragedy struck again three years later when a cyclist was killed at the same intersection in October 2020.

Jackson says while each crash is different, the overall data shows both drivers and pedestrians should pay better attention to each other.

Many cities like New Haven are at a crossroads when it comes to physically making the roads safer for pedestrians and drivers. City streets like Edgewood Avenue are under the city’s control. Last July, the city announced a two-mile pedestrian and cyclist safety project. It included shorter crossing distances, more crossing signals and upgraded equipment, and protected bike lanes.

Edgewood Avenue also intersects with Ella Grasso Boulevard at the popular Edgewood Park. Grasso Boulevard is one of the most dangerous roads in New Haven, according to the Connecticut Crash Data Repository, and a majority of the stretch is under the state’s control.

NBC Connecticut asked New Haven City Engineer Giovanni Zinn about the difference between city and state-controlled roads in New Haven, something residents may not be aware of.

“Certainly, I think there’s frustration from residents on what can and can’t get done on state roads, and I think to that point the DOT is starting to become more responsive to that,” Zinn said.

Local municipalities have little control over improving the safety of state roads like this one. But DOT officials say there are specific people from cities and towns who are partnered with DOT engineers to address local concerns.

Natasha Fatu and Mark Carlino are the pair working in New Haven.

“We identified that there were several locations along the roadway that had high frequency of crashes. And that was the starting point for this investigation that we're now doing,” Carlino said.

They are finishing up a roadway crash study of Grasso Boulevard and are expected to give recommendations soon. Carlino said they could be quick improvements like signage and pavement markings. Other changes could involve traffic signals that may fall into a roadway project and take longer to implement.

“The department would certainly take the lead on the things that we can control. And then we try to work as best we can with the city on the elements that they have ownership of,” Carlino said.

They add that working with local representatives like Zinn are crucial to understanding the needs of residents.

“It's really important to get that local input as we work through our study or review. And I think we -- our engineers here -- are working towards ensuring we have those good working relationships with those municipalities,” Fatu said.

Back out on the highways, the DOT commissioner said one improvement he’d like is a greater partnership with Connecticut State Police.

“I’m hoping one day that we actually can have a dedicated portion of the state police that will work just with public transportation and the DOT,” Giulietti said.

And as her team recovers, Page says she’d just like to see more enforcement out on the roads.

“I would love to see drivers abide by the speed limit, but I would also like to see state police and police officers to crack down on it,” she said.