Despite the improving picture, health experts warn that a winter surge could easily overwhelm supplies

Millions more home tests for COVID-19 are hitting store shelves, but will there be enough for Americans hoping to screen themselves before holiday gatherings?

Gone are last year's long lines to get tested, thanks to nearly a year of vaccinations, increased testing supplies and quicker options. But with many Americans unvaccinated and reports of infections among those who've gotten the shots, some are looking to home tests for an extra layer of safety ahead of this year's festivities.

Janis Alpine of Seattle is getting together with seven relatives for Thanksgiving, including her 97-year-old father. While everyone is vaccinated, she plans to bring enough Abbott rapid tests for them to use. 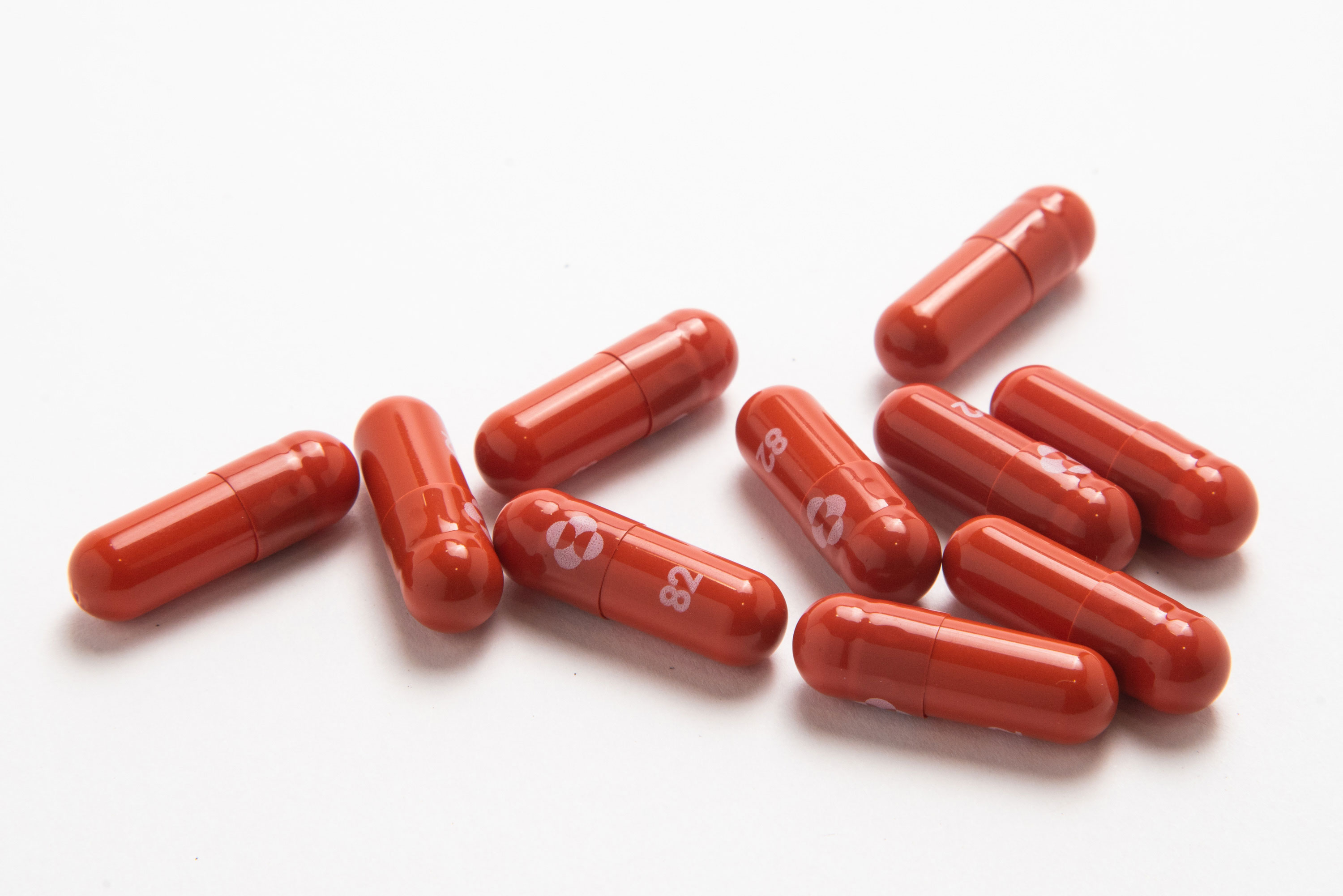 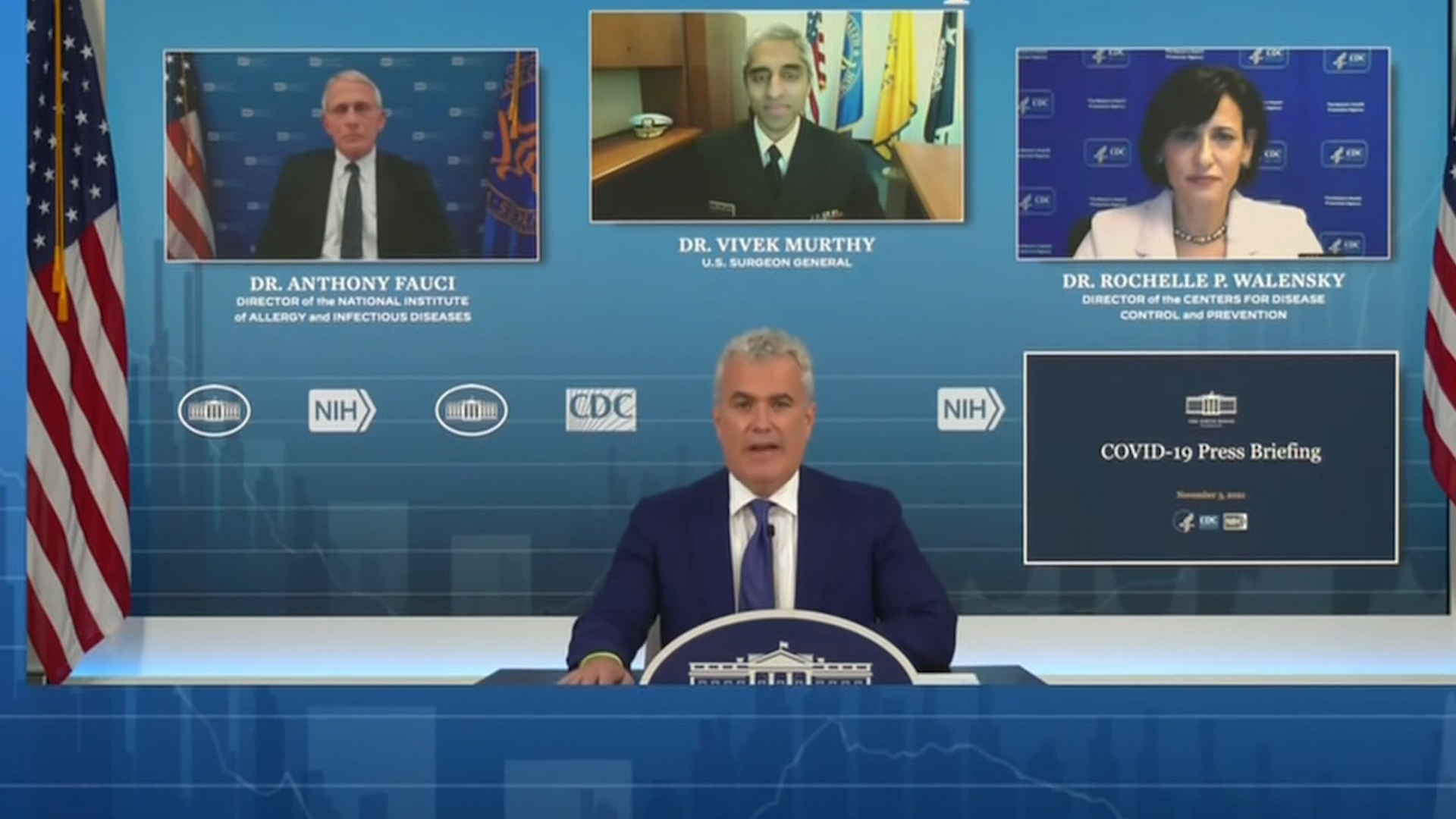 White House on Approval for Children's Coronavirus Shots: ‘It's a Landmark Moment'

“I’m just used to testing now," said Alpine, who is retired. “Even though he’s vaccinated, just getting a little bit sick is probably not the best thing for a 97-year-old.”

She began testing herself regularly in September after flights to Las Vegas and the East Coast for vacation. Because local pharmacies sometimes sell out of tests, she usually buys five packs at a time when she finds them.

After weeks of shortages, chains like CVS and Walgreens now say they have ample supplies and recently lifted limits on how many can be purchased at one time. The shift comes after test makers ramped up production, spurred by more than $3 billion in new purchasing contracts and assistance from the government. Home tests are typically more than $10 each and take about 15 minutes.

Despite the improving picture, health experts warn that a winter surge could easily overwhelm supplies, especially if holiday gatherings and colder weather continue sparking new outbreaks across the country. And, they note, the U.S. is still far from having the kind of cheap or free widespread testing seen in some European countries that were early adopters of the technology.

“Unfortunately, we’re still going to be playing catch-up until next year or until demand subsides,” said Neil Sehgal, a health policy specialist at the University of Maryland.

White House officials say the U.S. is on pace to have about 200 million home tests per month by December, quadrupling the number from this summer. Still, spot shortages continue, particularly in cities and suburban communities with higher rates of testing.

“I couldn't find them for the longest time," said Denise Weiss, a retired musician in suburban Philadelphia.

She was able to snap up six tests online last month and plans to share them with family members, particularly her son and daughter who are traveling home via plane and train for Thanksgiving.

Market leader Abbott says it is back to producing 50 million of its BinaxNow tests per month, after slashing production last summer when testing demand plummeted. Only a few home tests are widely available nationwide with new ones set to launch, including from Acon Laboratories.

The CDC is urging people 50 and older to get a COVID booster vaccine after the FDA has given their approval for the use of booster doses of both the Moderna and Pfizer COVID-19 vaccines for everyone over 18. The Centers for Disease Control and Prevention’s director signed off on boosters for all adults late Friday.

Much of the upcoming supply won’t be available at places like CVS, Walmart and Target. Bulk purchases by federal and state officials will be distributed to community health centers, nursing homes, schools and other government facilities.

Large employers and private universities are also buying up millions of tests. Under the Biden administration’s vaccine mandate for large employers, workers who haven’t been vaccinated are supposed to get tested weekly starting in January.

“We have a little bit of a challenge right now and the math is not perfect” said Mara Aspinall, a health industry researcher at Arizona State University. “While having these tests on the shelves is terrific so people can feel empowered personally, we also have to balance where they are going.”

Under pressure from the Biden administration, the Food and Drug Administration has been clearing home tests at a faster pace, authorizing four of the 13 tests now available in the last two months. In an unusual move, the White House recently announced that the National Institutes of Health will help vet the most promising ones. But it will take time for companies to make and distribute the tests.

The U.S. made huge initial investments into vaccines, essentially betting that widespread immunity would crush the pandemic. But with roughly 60 million Americans age 12 and up still not vaccinated, experts say every region of the country is still vulnerable to the type of outbreaks flaring up in states like Michigan and New Mexico.

For testing advocates, the pandemic’s persistence underscores the need for rapid, widespread COVID-19 screening to quickly catch infections before they spread-- an approach they have championed since the beginning of the U.S. outbreak.

Countries like Britain distribute billions of tests for free and recommend testing twice a week. If the U.S. took that approach for everyone 12 and older, it would need 2.3 billion tests per month, researchers with the non-profit Kaiser Family Foundation noted in a recent report. That’s more than seven times the 300 million monthly tests officials are hoping the country will have by February.