Cornel West announced Monday that he will be leaving Harvard for the Union Theological Seminary in New York, weeks after the famed philosopher and activist said the university denied his request for tenure.

In an interview with The Boycott Times Monday, West said he could "only take so much hypocrisy," despite finding "much love" at Harvard. West confirmed the news on Twitter.

"On behalf of Harvard Divinity School, we want to express our sadness at the departure of our esteemed colleague, Cornel West," they wrote. "Since coming to Harvard in 2017 as a jointly appointed Professor of the Practice of Public Philosophy in HDS and FAS, he has made an enormous contribution to our curriculum and to our capacity to address issues of racial justice in the United States and around the world. We had hoped to retain him on our faculty for many years to come. We nonetheless wish him every success in his future endeavors."

Last month, West threatened to leave the school over tenure he said had been denied. According to the Boston Globe, West said he was told that it was "too risky" to make him a tenured professor.

One Injured After Shooting on Wethersfield Avenue in Hartford 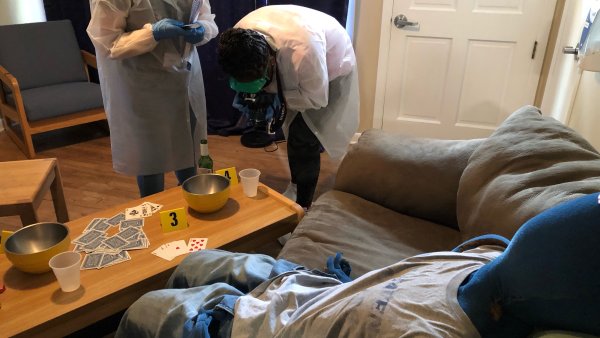 university of new haven 6 hours ago

"What I’m told is it’s too risky. And these are quotes. It’s too fraught. And I’m too controversial," he told the Globe.

After the denial, more than 1,500 members of the Harvard community signed a petition calling for the school to give West tenure.

West said in the interview Monday that "certain taboo issues" exist at Harvard, including the Israeli-Palestinian conflict, of which he has been outspoken.

He noted that the Union Theological Seminary was his "perennial home" and that he was going "with a smile."

"It’s a going back home so I don’t have to be worked like a mule but underpaid and undervalued at Harvard," West said in the interview. "Those days are over."

West has been an outspoken scholar of race, gender and class, penning best-selling books "Race Matters" and "Democracy Matters." He has also taught at Yale, the University of Paris and Princeton. The intellectual was an outspoken supporter of Sen. Bernie Sanders, I-Vt., in the 2016 and 2020 presidential elections.

This is the second time West — who teaches in the Department of African and African American Studies and the Divinity School — has left Harvard. He departed in 2002 after a disagreement about his scholarship with then-president Larry Summers, which he wrote about in 2005. He returned to Harvard in 2017.