Law Enforcement Scales Back Presence at State Capitol, Around Hartford

Connecticut law enforcement agencies were bracing for possible protests at the State Capitol in Hartford this weekend, but have now scaled back their presence after protests failed to materialize.

The FBI warned all 50 states to prepare for the potential that those armed protests could turn violent.

Extra officers and resources were brought in to help protect the State Capitol and to ensure everyone was safe throughout the day.

On Sunday afternoon, the Spokesperson for the Dept. of Emergency Services and Management Brian Foley said law enforcement resources were significantly scaling back at the State Capitol and other locations across Hartford. There are resources that are remaining on watch through the coming days, he added.

All of the streets that had been closed near the Capitol have reopened.

Saturday was also relatively quiet, but police did not let their guard down and made sure they remain prepared.

Law enforcement officers remain on high alert and ask anyone who sees anything suspicious to speak up.

Barrier fences are scattered around the entire parking lot including at all the entrances and exits. At least a dozen patrol cars have been set up throughout the last two days. 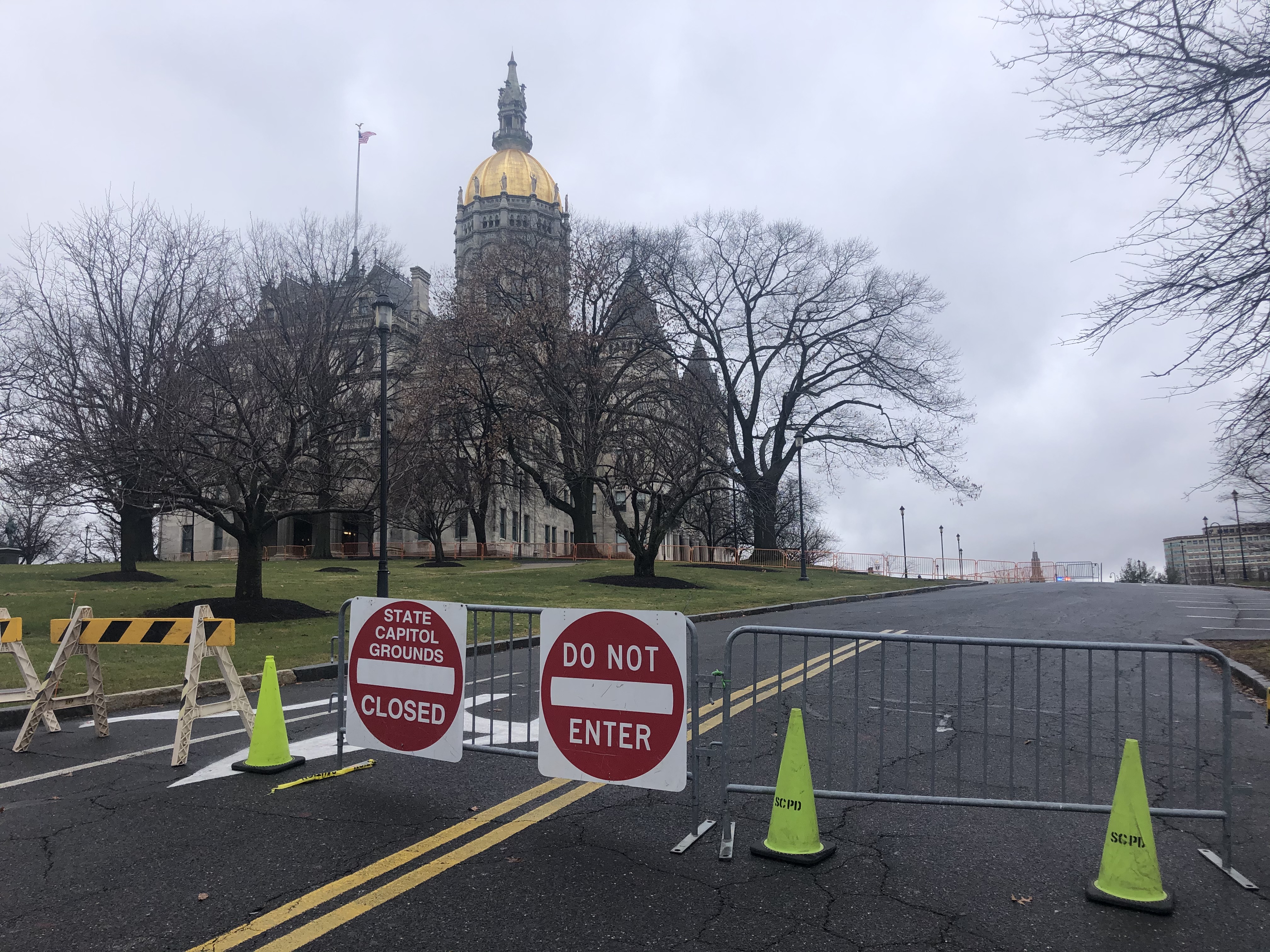 In the days leading up to this weekend, canine security sweeps took place and troopers from Connecticut State Police and officers from Capitol Police were set up around Capitol Avenue.

"So we know that reporting any type of suspicious activity in a timely manner can mean our ability to prevent any type of violent crimes or terrorist attacks, so we want to ensure everyone out there has the ability to do so, and do so in a safe manner," said Connecticut State Police Trooper Josue Dorelus.

Law enforcement agencies said they're hoping those who might show up are able to express themselves peacefully and no arrests will have to be made.