Police have identified the man who died as Michael Goodale, 23, of Groton.

At around 11:30 a.m., state police were asked to assist Mashantucket Tribal Police who were attempting to serve an arrest warrant, Duty Sgt. William Bohonowicz with Troop E said. 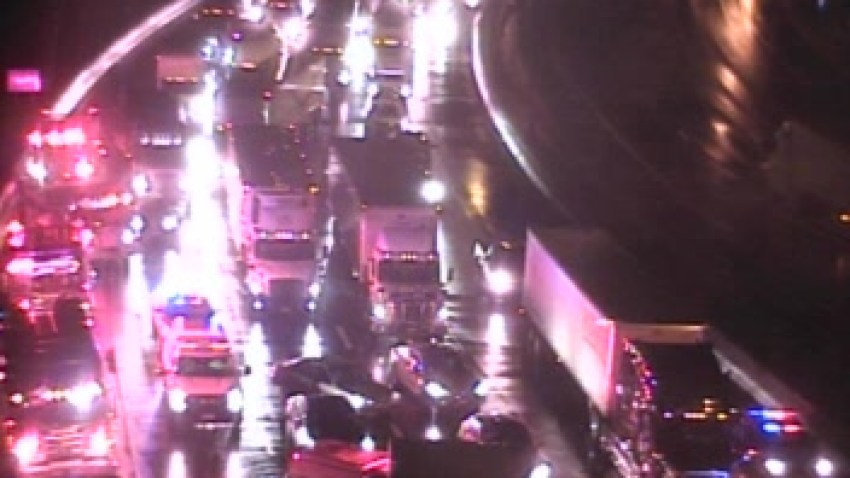 Tree Falls Onto House in Plainville

Goodale's warrant was for violation of probation, police said on Wednesday.

While Mashantucket Tribal Police attempted to take Goodale into custody while they were in the Foxwoods parking garage. At that time, the suspect took out a gun and he did not comply when officers asked him to drop his weapon, Bohonwicz said.

A Mashantucket Tribal Police officer shot at Goodale, who then fell off the fourth level of the parking lot onto the pavement. The man was pronounced dead at the scene but is not clear if he was killed from the gunshot or the fall, police said.

"The safety and well-being of our guests and employees remain Foxwoods' top priority," Foxwoods tweeted. "There is no current threat to anyone on the premises. All incoming and outgoing traffic from the Fox Tower Garage is presently restricted, but the rest of the property remains open and accessible to guests."

Visitors at Foxwoods said the resort was on lockdown and police officers were blocking the exits. All reopened late on Tuesday night.