Snow coated roads Thursday morning, which led to several crashes across the state.

Interstate 84 Eastbound in Tolland was closed between exits 68 and 69 after three trucks, including two FedEx trucks, crashed within a few feet of each other. State police said 10 to 12 passenger cars were also involved.

A tandem FedEx truck lost the back trailer and another FedEx truck flipped over the median.

Hartford Police To Give Update on Investigation Into Deadly Nightclub Shooting 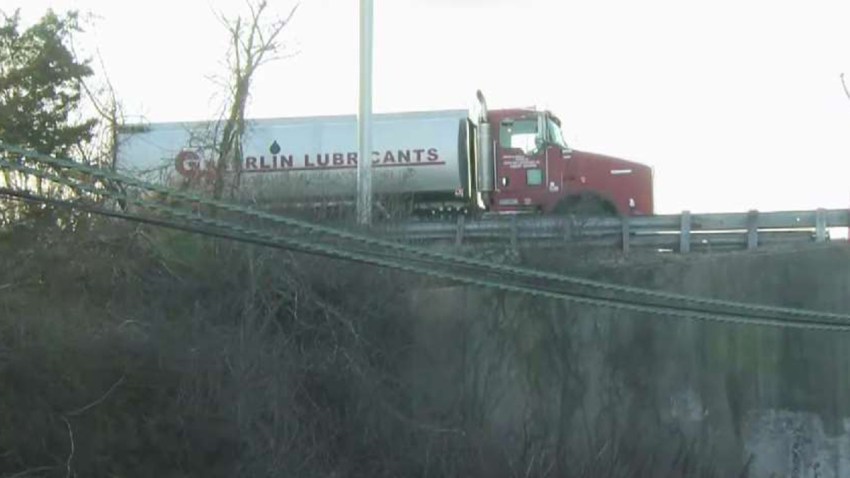 Fuel Spill Closes Part of I-91 South in Meriden

State police said an ambulance was called to the scene.

The state Department of Transportation is used a crane to try and flip one truck over and move it, but it might take up to 12 hours to clear the scene.

Police diverted traffic, off the highway at exit 68.

Lt. Paul Vance, of Connecticut State Police, said state police have responded to more than 600 calls for service since 5 a.m., including spin-outs and cars getting struck.

Even a trooper's cruiser was struck, Vance said.

Route 9 North was closed in Newington between exits 28 and 29 briefly because of a car fire, according to the Department of Transportation. Traffic is moving again.

There was also a crash on the Portland side of the Arrigoni Bridge. One lane was getting by, but traffic is moving again.

There was another tractor-trailer crash just before exit 74 near the Massachusetts line and traffic was backed up to exit 71.

There was another tractor-trailer crash on Interstate 395 North in Thompson.

Roads are slick between Tolland and the border of Massachusetts.

Elsewhere, the roads are wet.

John Carey, of the state Department of Transportation, said crews are out all over the state and advised motorists to drive slowly.