After nearly two months sidelined in Guam with a coronavirus outbreak, the USS Theodore Roosevelt has gone out to sea for training, in preparation to return to duty in the Pacific.

The ship has been docked in Guam since March 27, as the 4,800 crew members went through rotations of quarantine, and more than 1,000 of them have tested positive for the virus over that time.

“It feels great to be back at sea,” Rear Adm. Stu Baker, commander of Carrier Strike Group 9, said in a statement. “Getting Theodore Roosevelt and Carrier Air Wing 11 one step closer to returning to their mission in the Indo-Pacific is a great achievement for the crew."

In an Associated Press interview from the aircraft carrier earlier this week, Navy Capt. Carlos Sardiello said the ship will sail with a scaled-back crew of about 3,000, leaving about 1,800 sailors on shore who are still in quarantine or working with those who are. The sailors in quarantine include up to 14 who recently tested positive again for the virus, just days after getting cleared to return to the carrier.

The puzzling COVID-19 reappearance in the sailors adds to the difficulty in getting the ship’s crew healthy again, and fuels questions about the quality of the testing and just how long sailors may remain infected or contagious. 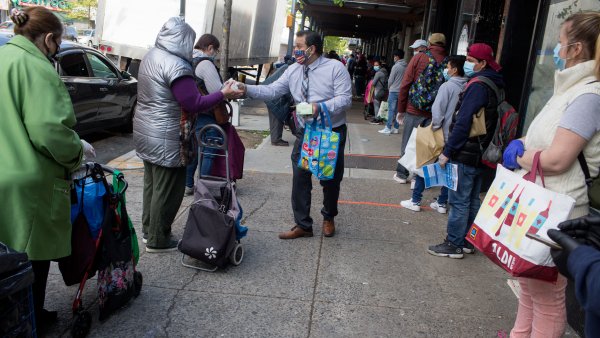 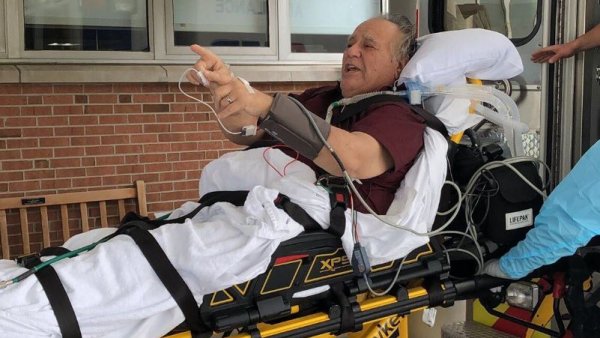 After 51 Days on Ventilator, Pa. Dad Leaves Hospital – and He Can Talk Again

The ship plans to conduct required carrier qualifications for about two weeks, including recertification of the flight deck and fighter squadron, such as takeoffs and landings on the carrier. The ship will then return to Guam and pick up healthy crew members. If all goes well, it will set out again to conduct operations before eventually heading home to San Diego.

The ship has been extensively cleaned, and crew members are taking a wide range of precautions to prevent another outbreak, including social distancing, repeated medical checks, wearing masks and allowing fewer sailors in the mess halls at one time.

"I think we have set the conditions for a high probability of success, and we’re going to go to sea and do our mission,” Sardiello told the AP.

The Roosevelt was at the center of a controversy that led to the firing of the ship’s previous captain, the resignation of the Navy secretary and an expanded investigation into what triggered the outbreak and how well top naval commanders handled it.

“It was an unprecedented challenge to get to this point and I’m proud of the Rough Rider Team’s tenacity and resiliency in the face of uncertainty,” Sardiello said in a statement issued as the carrier left Guam. “We are extremely thankful for the dedicated support and hospitality of Gov. Leon Guerrero, her staff and the people Guam."