There are 2,009 new cases in mainland China, bringing its total number of confirmed cases to 68,500

A recent speech by Chinese President Xi Jinping that has been published by state media indicates for the first time that he was leading the response to a new virus outbreak from early on in the crisis.

The publication of the Feb. 3 speech was an apparent attempt to demonstrate that the Communist Party leadership had acted decisively from the beginning, but also opens Xi up to criticism over why the public was not alerted sooner.

In the speech, Xi said he gave instructions on fighting the virus on Jan. 7 and ordered the shutdown that began on Jan. 23 of cities at the epicenter of the outbreak. His remarks were published by state media late Saturday.

“On Jan. 22, in light of the epidemic’s rapid spread and the challenges of prevention and control, I made a clear request that Hubei province implement comprehensive and stringent controls over the outflow of people," Xi told a meeting of the party's standing committee, its top body.

The number of new cases in mainland China fell for a third straight day, China's National Health Commission reported Sunday. The 2,009 new cases in the previous 24-hour period brought the total to 68,500.

Commission spokesman Mi Feng said the percentage of severe cases has dropped to 7.2% of the total from a peak of 15.9% on Jan. 27. The proportion is higher in Wuhan, the Hubei city where the outbreak started, but has fallen to 21.6% from a peak of 32.4% on Jan. 28.

“The national efforts against the epidemic have shown results," Mi said at the commission's daily media briefing.

China reported 142 more deaths, almost all in Hubei, raising the mainland China death toll to 1,665. Another 9,419 people have recovered from COVID-19, a disease caused by a new coronavirus, and have been discharged from hospitals.

Four people have died outside of mainland China, as the virus has spread to more than two dozen countries.

Japanese Prime Minister Shinzo Abe convened an experts meeting to discuss measures to contain the virus in his country, where one person has died and more than a dozen cases emerged in the past few days without any obvious link to China.

“The situation surrounding this virus is changing by the minute,” Abe said.

Japanese Health Minister Katsunobu Kato said the country is “entering into a phase that is different from before,” requiring new steps to stop the virus from spreading further.

About 400 Americans on a quarantined cruise ship in Japan were awaiting charter flights home, as Japan announced another 70 infections had been confirmed on the Diamond Princess. Canada, Hong Kong and Italy said they were planning similar flights.

Japan now has 412 confirmed cases, including 355 from the cruise ship, and one death from the virus.

Xi's role was muted in the early days of the epidemic, which has grown into one of the biggest political challenges of his seven-year tenure.

The disclosure of his speech indicates top leaders knew about the outbreak’s potential severity weeks before such dangers were made known to the public. It was not until late January that officials said the virus can spread between humans and public alarm began to rise.

Zhang Lifan, a commentator in Beijing, said it's not clear why the speech was published now. One message could be that local authorities should take responsibility for failing to take effective measures after Xi gave instructions in early January. Alternatively, it may mean that Xi, as the top leader, is willing to take responsibility because he was aware of the situation, Zhang said.

No ‘Plan B' for Tokyo Olympics Over Coronavirus 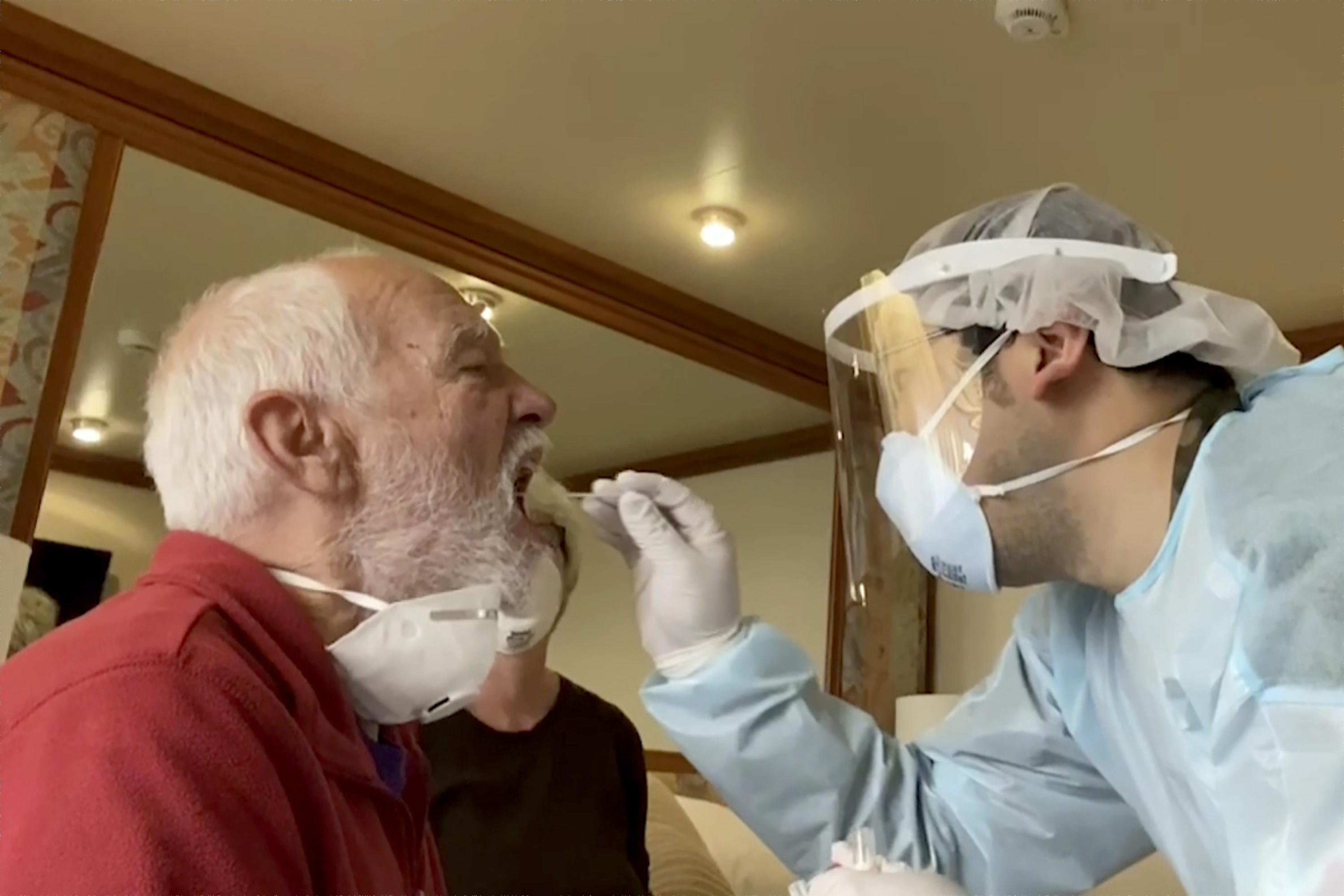 Trust in the government's approach to outbreaks remains fractured after the SARS epidemic of 2002 and 2003, which was covered up for months.

Authorities in Hubei and Wuhan faced public fury over their initial handling of the epidemic. Wuhan on Jan. 23 became the first city to impose an unprecedented halt on outbound transportation, a measure since expanded to other cities with a combined population of more than 60 million.

The anger reached a peak earlier this month following the death of Li Wenliang, a young doctor who was reprimanded by local police for trying to spread a warning about the virus. He ended up dying of the disease himself.

In apparent response, the Communist Party's top officials in Hubei and Wuhan were dismissed and replaced last week.

Even as authorities have pledged transparency through the current outbreak, citizen journalists who challenged the official narrative with video reports from Wuhan have disappeared and are believed to be detained.

The fall in new cases follows a spike of more than 15,000 on Thursday, when Hubei began to include cases that had been diagnosed by a doctor but not yet confirmed by laboratory tests.

Overwhelmed by the number of suspected cases, the province has not been able to test every person exhibiting symptoms. The clinical diagnosis is based on doctors' analyses and lung imaging and is intended to allow probable cases to be treated as confirmed ones without the need to wait for a lab result.

Animal lovers in Wuhan, China, where the coronavirus began, have banded together to take care of pets abandoned by their owners.

About 400 Americans aboard the cruise ship docked at Yokohama, near Tokyo, were told to decide whether to stay or take chartered aircraft arranged by the U.S. government to fly them home, where they would face another 14-day quarantine. Those going were to begin leaving the ship Sunday night. People with symptoms were to be banned from the flights.

About 255 Canadians and 330 Hong Kong residents are on board the ship or undergoing treatment in Japanese hospitals. There are 35 Italians, of which 25 are crew members, including the captain.

American passenger Matthew Smith told The Associated Press that he and his wife were not taking the flights, because the 14-day quarantine for the ship is set to end on Wednesday. The evacuees will be taken to Travis Air Force Base in California, with some continuing to Lackland Air Force Base in Texas.

Malaysia said it would not allow any more passengers from another cruise ship to transit the country after an 83-year-old American woman from the MS Westerdam tested positive for the virus.

She was among 145 passengers who flew from Cambodia to Malaysia on Friday. Her husband also had symptoms but tested negative for the virus. The Westerdam was turned away from four ports around Asia before Cambodia allowed it to dock in Sihanoukville late last week.

Malaysian Deputy Prime Minister Wan Azizah Wan Ismail said that her country would bar cruise ships that came from or transit any Chinese ports from docking.

Cambodia said earlier that all 1,455 passengers on the Holland America-operated ship had tested negative for the virus.

Taiwan reported its first death from the virus, the fifth fatality outside of mainland China. Taiwan also confirmed two new cases, raising its total to 20.