Protesters angry over a building collapse in southwestern Iran that killed at least 33 people shouted down an emissary sent by Supreme Leader Ayatollah Ali Khamenei, sparking a crackdown in which riot police clubbed demonstrators and fired tear gas, according to online videos analyzed on Monday.

The demonstration directly challenged the Iranian government's response to the disaster a week ago as pressure rises in the Islamic Republic over rising food prices and other economic woes amid the unravelling of its nuclear deal with world powers.

While the protests so far still appear to be leaderless, even Arab tribes in the region seemed to join them Sunday, raising the risk of the unrest intensifying. Already, tensions between Tehran and the West have spiked after Iran's paramilitary Revolutionary Guard on Friday seized two Greek oil tankers seized at sea.

Ayatollah Mohsen Heidari AleKasir tried to address upset mourners near the site of the 10-story Metropol Building, but hundreds gathered Sunday night instead booed and shouted.

Surrounded by bodyguards, the ayatollah, in his 60s, tried to continue but couldn't.

“What's happening?” the cleric stage-whispered to a bodyguard, who then leaned in to tell him something.

The cleric then tried to address the crowd again: “My dears, please keep calm, as a sign of respect to Abadan, its martyrs and the dear (victims) the whole Iranian nation is mourning tonight.” 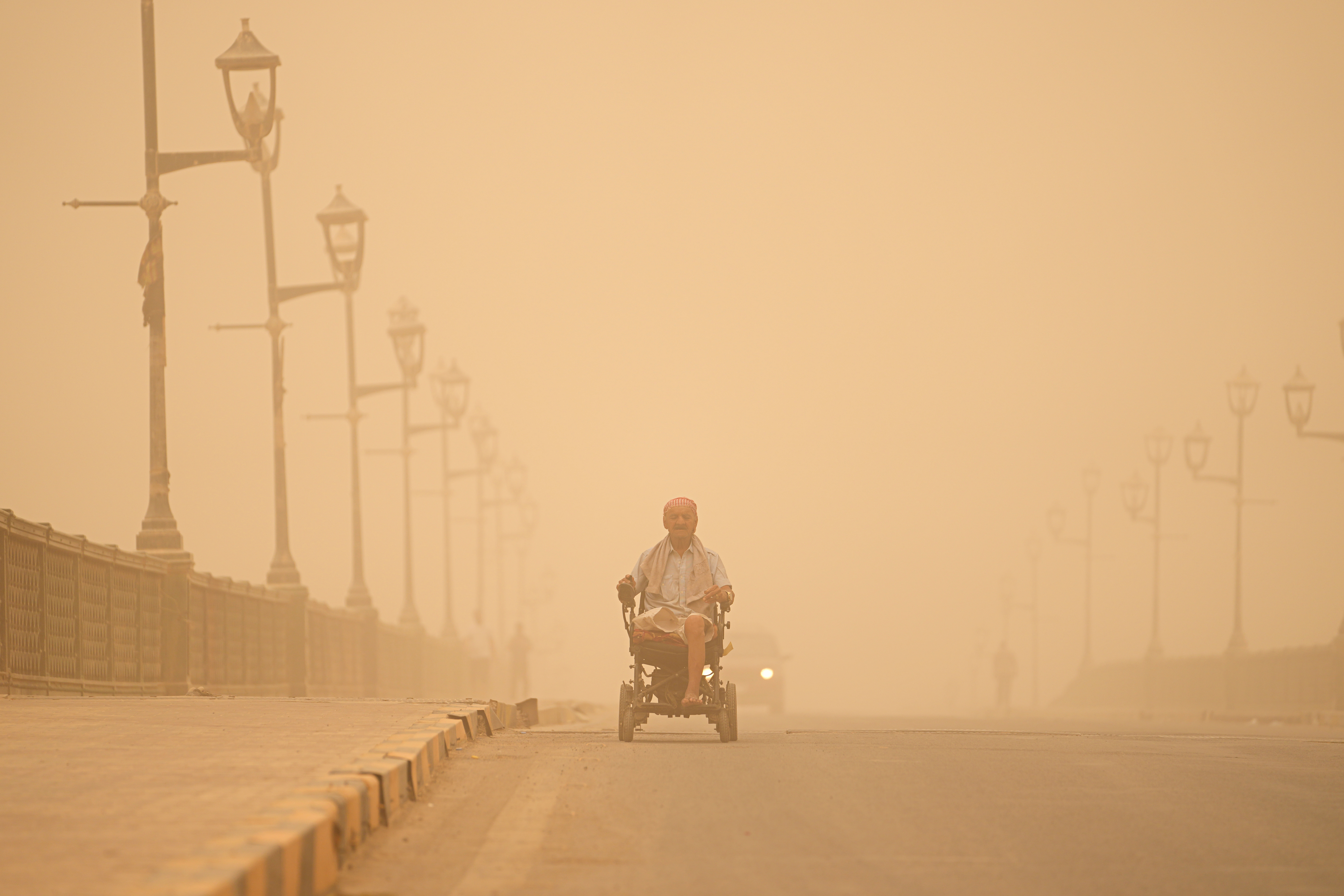 The crowd responded by shouting: “Shameless!”

A live broadcast of the event on state television then cut out. Demonstrators later chanted: “I will kill; I will kill the one who killed my brother!”

The Tehran-based daily newspaper Hamshahri and the semiofficial Fars news agency said the protesters attacked the platform where state TV had set up its camera, cutting off its broadcast.

Police ordered the crowd not to chant slogans against the Islamic Republic and then ordered them to leave, calling their rally illegal. Video later showed officers confronting and clubbing demonstrators as clouds of tear gas rose. At least one officer fired what appeared to be a shotgun, though it wasn't clear if it was live fire or so-called “beanbag" rounds designed to stun.

It wasn’t immediately clear if anyone was injured or if police made any arrests.

The details in the videos corresponded to known features of Abadan, some 660 kilometers (410 miles) southwest of the capital, Tehran. Foreign-based Farsi-language television channels described tear gas and other shots being fired.

Independent newsgathering remains extremely difficult in Iran. During unrest, Iran has disrupted internet and telephone communications to affected areas, while also limiting the movement of journalists. Reporters Without Borders describes the Islamic Republic as the third-worst country in the world to be a journalist — behind only North Korea and Eritrea.

Following the tower collapse in Abadan on May 23, authorities have acknowledged the building’s owner and corrupt government officials had allowed construction to continue at the Metropol Building despite concerns over its shoddy workmanship. The city's mayor is among 13 people arrested as part of a broad investigation into the disaster.

Rescue teams pulled four more bodies from the rubble on Monday, bringing the death toll to 33, according to the state-run IRNA news agency. Authorities fear more people could be trapped.

The collapse has raised questions about the safety of similar buildings and underscored an ongoing crisis in Iranian construction projects. The collapse reminded many of the 2017 fire and collapse of the iconic Plasco building in Tehran that killed 26 people.

In Tehran, the city's emergency department warned that 129 high-rise buildings in the capital remained “unsafe,” based on a survey in 2017. The country’s prosecutor-general, Mohammad Javad Motazeri, has promised to address the issue immediately.

Abadan has seen past disasters. In 1978, an intentionally set fire at Cinema Rex — just a few blocks from the collapsed building in modern Abadan — killed hundreds. Anger over the blaze triggered unrest across Iran’s oil-rich regions and helped lead to the Islamic Revolution that toppled Shah Mohammad Reza Pahlavi.

Abadan, in Iran's oil-rich Khuzestan province, is home to Iran's Arab minority, who long have complained about being treated as second-class citizens in the Persian nation. Arab separatists in the region have attacked pipelines and security forces in the past. Videos and the newspaper Hamshahri noted that two tribes had come into the city to support the protests.

Meanwhile, one of the two Greek tankers seized by Iran on Friday turned on its tracking devices for the first time since the incident. The oil tanker Prudent Warrior gave a satellite position Monday off Bandar Abbas, a major Iranian port, according to data from MarineTraffic.com analyzed by The Associated Press.

Five armed guards were on the Prudent Warrior on Monday, though Iranian authorities were allowing the crew to use their mobile phones, said George Vakirtzis, the chief financial officer of the ship's manager Polembros Shipping.

“The whole thing is political and in the hands of the Greek Foreign Office and the Iranian government,” Vakirtzis told the AP.

Monday night, Iranian state TV aired footage of the raid on the Prudent Warrior. The video showed masked Guard troops land a helicopter on the ship, then storm the civilian ship's bridge armed with assault rifles.

It remains unclear where the second ship, the Delta Poseidon, is.

U.S. Secretary of State Antony Blinken, in a phone call Monday with Greek Foreign Minister Nikos Dendias, condemned Iran's seizure of the vessels and demanded Tehran immediately release the ships and their crew.

“Iran’s continued harassment of vessels and interference with navigational rights and freedoms are a threat to maritime security and the global economy,” Blinken said.