The perks of cooperation have manifested themselves in freer travel, lenient punishment prospects and even public comments by defendants that might have been unthinkable months ago

George Papadopoulos, taken by surprise by FBI agents at an airport last summer, now tweets smiling beach selfies with a Mykonos hashtag. Rick Gates, for weeks on home confinement, gets rapid approval for a family vacation and shaves down his potential prison time. Michael Flynn, once targeted in a grand jury investigation, travels cross-country to stump for a California congressional candidate and books a New York speaking event.

The message is unmistakable: It pays to cooperate with the government.

That's an age-old truism in any criminal investigation, but it's especially notable in a case as pressing and as high profile as special counsel Robert Mueller's Russia probe, where deals afforded to cooperators have raised speculation about incriminating information they're providing.

The perks of cooperation have manifested themselves in freer travel, lenient punishment prospects and even public comments by defendants that might have been unthinkable months ago. They form a counterpoint to the experiences of Paul Manafort, the former Trump campaign chairman who has refused to cooperate and faces decades in prison, and send a message to others entangled in the Mueller probe that they, too, could receive favorable treatment if they agree to work with investigators.

"There's no question that it's in the government's interest to take what steps they can to show that cooperating is in the interest of the defendant," said Daniel Petalas, a former federal prosecutor. "A basic principle of plea bargaining is that you have to make it worth it to the defendant to admit liability in a criminal matter."

The latest example came Tuesday when Dutch lawyer Alex van der Zwaan was sentenced to 30 days in prison for lying to the FBI. Though his plea deal didn't explicitly require cooperation, the charge he pleaded guilty to carries a maximum five-year sentence and it's almost certain the attorney, whose wife is pregnant in London, risked a longer punishment if convicted at trial. U.S. District Judge Amy Berman Jackson said some incarceration was necessary to deter others from lying to investigators.

To be sure, defendants who admit guilt are stained with criminal convictions, may forego liberties including the right to vote, put their jobs and reputation at risk — and can still wind up with tough sentences. Given that uncertainty and stress, it's common practice for prosecutors looking to induce cooperation to make concessions, such as dismissing charges or agreeing to recommend a lighter sentence, especially for someone they think can help them build a case against a higher-value target. 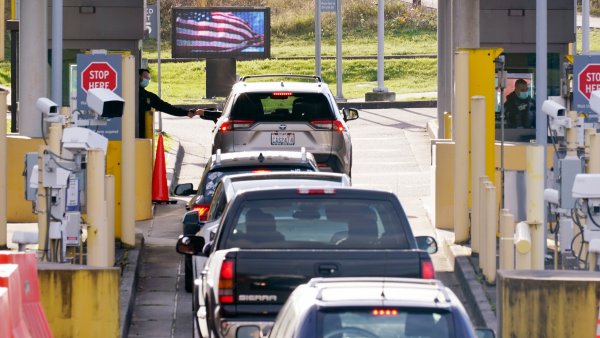 US Expected to Toughen Testing Requirement for Travelers

"There is a societal interest, frankly, in having people cooperate with prosecutors because often the government only can know what's happened based on documentary evidence and witnesses that it speaks with," said Sharon McCarthy, a former federal prosecutor in New York. "But insiders who can give insight into conversations and planning and things like that are crucial to being able to make cases."

There's nothing new about cutting deals, including for violent mobsters, but the tactics have drawn renewed scrutiny especially in conservative legal circles. Former Manhattan federal prosecutor Andrew McCarthy wrote last month in the National Review that Mueller was shirking Justice Department protocols by offering Gates, Manafort's co-defendant and a key Trump campaign aide, a "penny-ante plea" instead of requiring him to plead to the most serious charges he faced.

Gates was initially charged in October in a 12-count indictment and faced well over a decade in prison, but he pleaded guilty in February to just two charges and under sentencing guidelines now faces fewer than six years — or less, depending on the extent of his cooperation.

He spent weeks on home confinement as a potential flight risk, repeatedly requesting, and generally receiving, permission to attend children's sporting games and holiday events in the region.

The home confinement condition was lifted in January. Days after his plea, he filed a motion with the government's blessing asking to be able to ditch his GPS monitoring, but the judge said she was not ready to grant the motion at that time. He did, however, receive approval for a family trip to Boston for spring break, though that plan was aborted after he said threatening comments were posted online.

"Everybody who practices in federal court knows you're going to get more leeway from prosecutors on bail if your client is cooperating," said Duke University law professor Samuel Buell.

Meanwhile, Papadopoulos's carefree tweets, including smiling snapshots of his wife on his lap and beside him at the beach, are a far cry from the frowning mug shot taken after his arrest at Dulles International Airport last summer. Accused of lying to the FBI, and facing the possibility of a years-long sentence, he pleaded guilty in a secret court hearing and agreed to cooperate. Since then, he's resurfaced with a Twitter profile of more than 7,400 followers.

Andrew Weissmann, one of the Gates prosecutors, in 2003 indicted the wife of Enron's chief financial officer, Andrew Fastow. The move was interpreted by some as designed in part to encourage Fastow himself to plead guilty and cooperate, which he ultimately did by testifying against high-level colleagues.

Still, prosecutors understand that juries may look askance at sweetheart plea deals, especially with those who've been publicly demonized, and that defense lawyers may subject cooperators to bruising cross-examinations.

"Prosecutors are going to be cognizant that there are always going to be credibility issues with cooperators," said former prosecutor Peter Zeidenberg, "but these are very experienced prosecutors and they're making a decision that, on balance, they're getting something in return."