Elizabeth Warren quickly responded to the letter with another apology

Cherokee citizens are calling on Elizabeth Warren to publicly disavow a family story of indigenous heritage as a way to dissuade others from making false claims they say often romanticize Native Americans.

The topic has haunted the Massachusetts senator since even before she announced she would seek the Democratic nomination for president, despite Warren repeatedly apologizing for identifying as Native American in the past and for submitting a DNA test to back up what she heard growing up.

More than 200 tribal citizens reignited the debate this week, signing a letter to Warren that said her apologies are vague and don't address the harm she's caused, the Los Angeles Times reported.

Here is what Elizabeth Warren talked about at the NBC News/MSNBC Democratic debate in Las Vegas on Feb. 19, 2020.

Warren quickly responded with her own 12-page letter, in which she apologized again. She said she is willing to stand with Indian Country in ways that others haven't, pointing to her track record.

Joseph M. Pierce, one of four Cherokee Nation citizens who organized the letter, said Warren didn't go far enough in addressing her family's story about connections to the Delaware and Cherokee people.

"We think that she has an opportunity to stand up and to show other people that it's OK to speak the truth about this history, even though that may be emotionally difficult ... because it strikes at the core of who she thought she was," Pierce, an associate professor at Stony Brook University in New York, said Thursday.

Warren wrote in the response that her family's story is important to her but offers it now as an explanation, not a defense.

The Cherokee Nation of Oklahoma, the largest of the federally recognized Cherokee tribes, said it was encouraged when Warren stopped claiming Cherokee ancestry. Her apology to and engagement with the tribe helped Warren understand why it's hurtful to make false claims of indigenous heritage, said tribal spokeswoman Julie Hubbard.

It also helped sharpen Warren's focus on issues facing Indian Country — "something we need more of out of national leaders across the political spectrum," Hubbard said.

Warren grew up in Oklahoma, which is home to 39 federally recognized tribes. As she was preparing her presidential run in late 2018, she released the results of a DNA test performed by a Stanford professor that indicated she had a distant indigenous ancestor from the Americas.

The test was meant to answer critics, including President Donald Trump, who accused Warren of making false claims about her past. But the move backfired, as Trump continued to gleefully deride Warren using the racial slur "Pocahontas," and many tribal leaders rejected the test as a false and biased way to measure Native American heritage.

Warren appeared to have succeeded in putting the issue behind her as she rode a sharp rise in the polls to become one of the Democratic presidential primary front-runners. She finished third in Iowa and fared even worse in New Hampshire, raising questions about how much longer she will remain in the race.

More people claim ties to Cherokee than any other tribe, according to the U.S. census, which doesn't reconcile figures with tribal enrollment offices. The reason is threefold, said Circe Sturm, the author of "Becoming Indian: The Struggle over Cherokee Identity in the Twenty-first Century."

The Cherokee Nation adopted white standards of civilization, trying to secure its sovereignty by mimicking European governments and creating a constitution. Cherokees intermarried with whites for much longer than other tribes, which was partly strategic for both sides, Sturm said.

Cherokee enrollment policies that rely on lineage also are more lenient than those of tribes that rely solely on blood quantum, Sturm said. 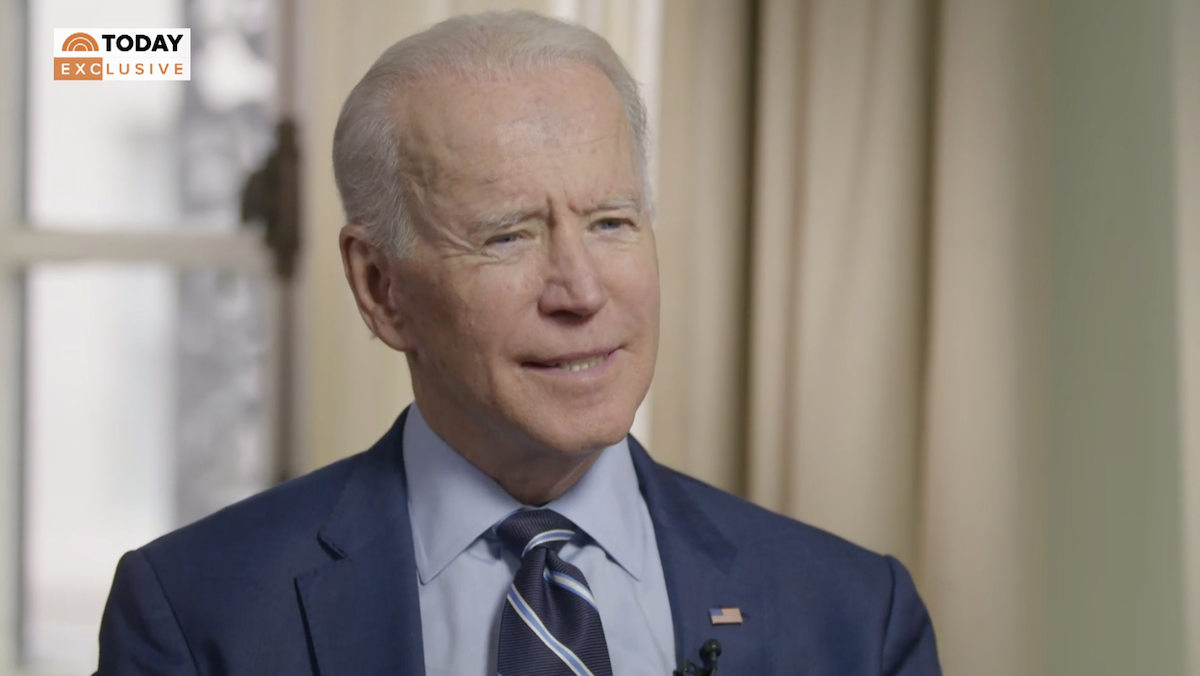 Joe Biden on Sanders: Americans ‘Aren't Looking for a Revolution' 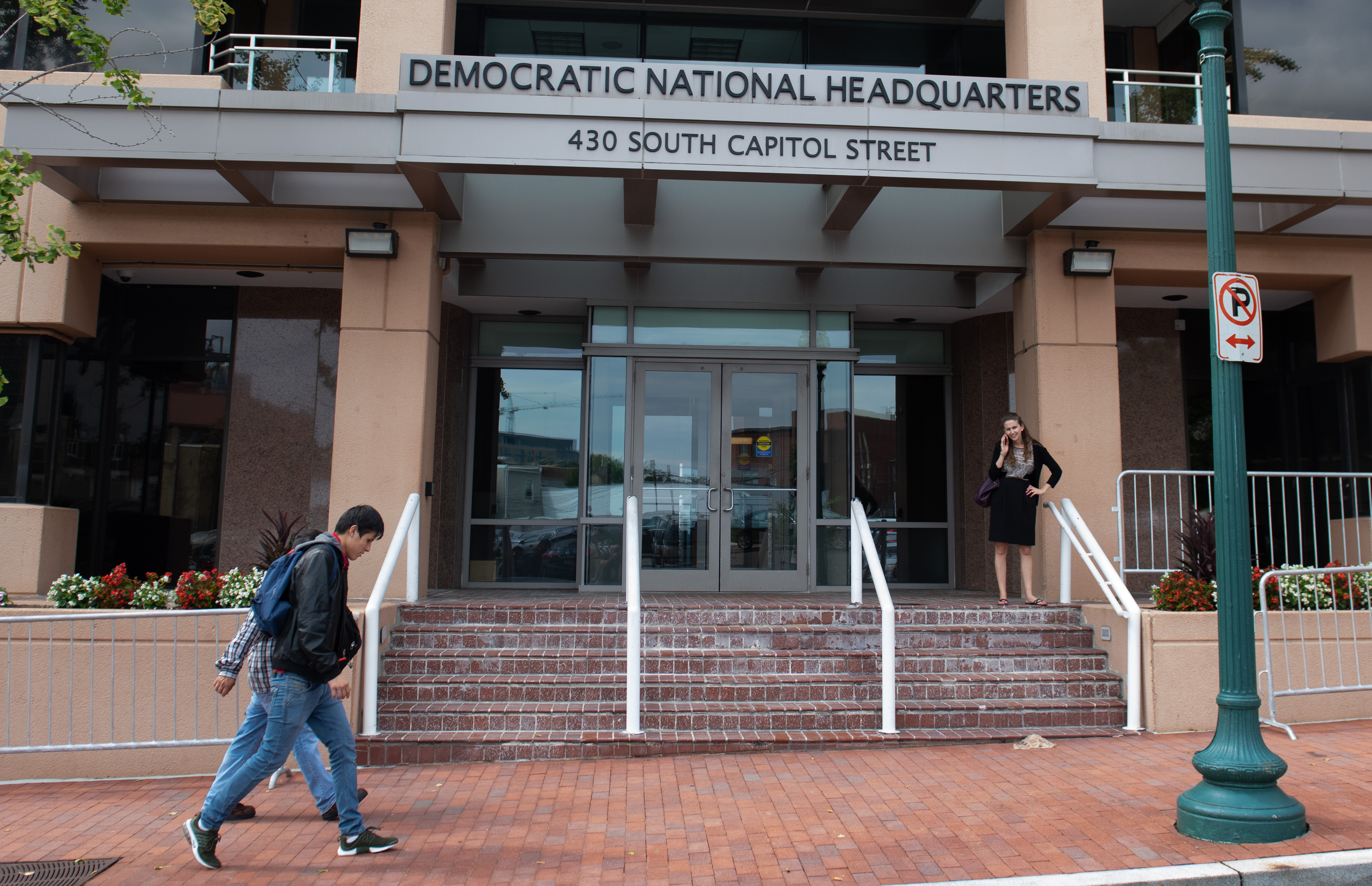 "All of those things make being physically white, or white-acting, more comfortable to claim Cherokee," she said Thursday.

Pierce said the claims often romanticize Native people and allow non-Natives to feel more American without having to engage with Native communities or address historic atrocities against Native Americans, he said.

The Cherokee citizens' letter urged Warren to set an example and confront her family's oral history while working with tribal nations to provide guidance to others who might have similar family stories.

"It's not about one election, it's about the future of our communities, and she can play a part in that," Pierce said.

Warren has said her claims of Native American ancestry were part of "family lore." She said she never sought membership in any tribe and reiterated in her letter this week that only tribal nations, not DNA tests, determine citizenship. She said she never benefited financially or professionally from her claims of being indigenous and acknowledged not everyone will accept her apologies.

She said she would "strive to be a friend to tribal nations."

Warren pledged to defend a federal law that seeks to keep Native American children in foster care or adoption proceedings in Native homes, and uphold tribes as sovereign political entities, rather than racial groups. She has supported giving tribes full criminal jurisdiction on their land.

Warren also has joined other Democrats in pushing to restore the original boundaries of Bears Ears National Monument in southern Utah that Trump reduced, and urging protection from mineral development at other sites Native Americans consider sacred in northwestern New Mexico and eastern Arizona.

Associated Press writer Will Weissert in Washington contributed to this report.