5 to Watch: Dressel, Ledecky Take Gold; Race For Title of Fastest Woman in the World

American swimming stars were back in the pool Friday night with both Katie Ledecky and Caeleb Dressel winning another gold medal. Plus the track and field events were in full swing.

The race that crowns the world’s fastest woman took place on Day 8 of the Tokyo Olympic Games. While it is certainly the most high-profile race of the day, there are plenty of noteworthy events that happened in track and field.

Team USA’s medal hopes in the men’s 100m rest on the shoulder of Trayvon Bromwell, who won the 100m final at the U.S. Olympic Track and Field trials.

Three US hurdlers advanced to semis in women's 400m - Sydney McLaughlin, the world record-holder in the event, Dalilah Muhammad, the reigning champion and previous record-holder and Anna Cockrell.

The second session happened at 6 a.m. ET Saturday and included the marquee race of the day: the women’s 100m. American Sha’carri Richardson was supposed to go to Tokyo a medal favorite in the event, but didn't compete after being suspended one month for failing a drug test at the U.S. Olympic Track and field trials.

Teahna Daniels came in sixth with a time of 10.98 and was qualified to run in the women's 100m final later Saturday morning. She was the only American to qualify for the final.

In the final, Jamaica took all top three spots with Elaine Thompson-Herah coming in first, Shelly-Ann Fraser-Pryce coming in second and Shericka Jackson coming in third. 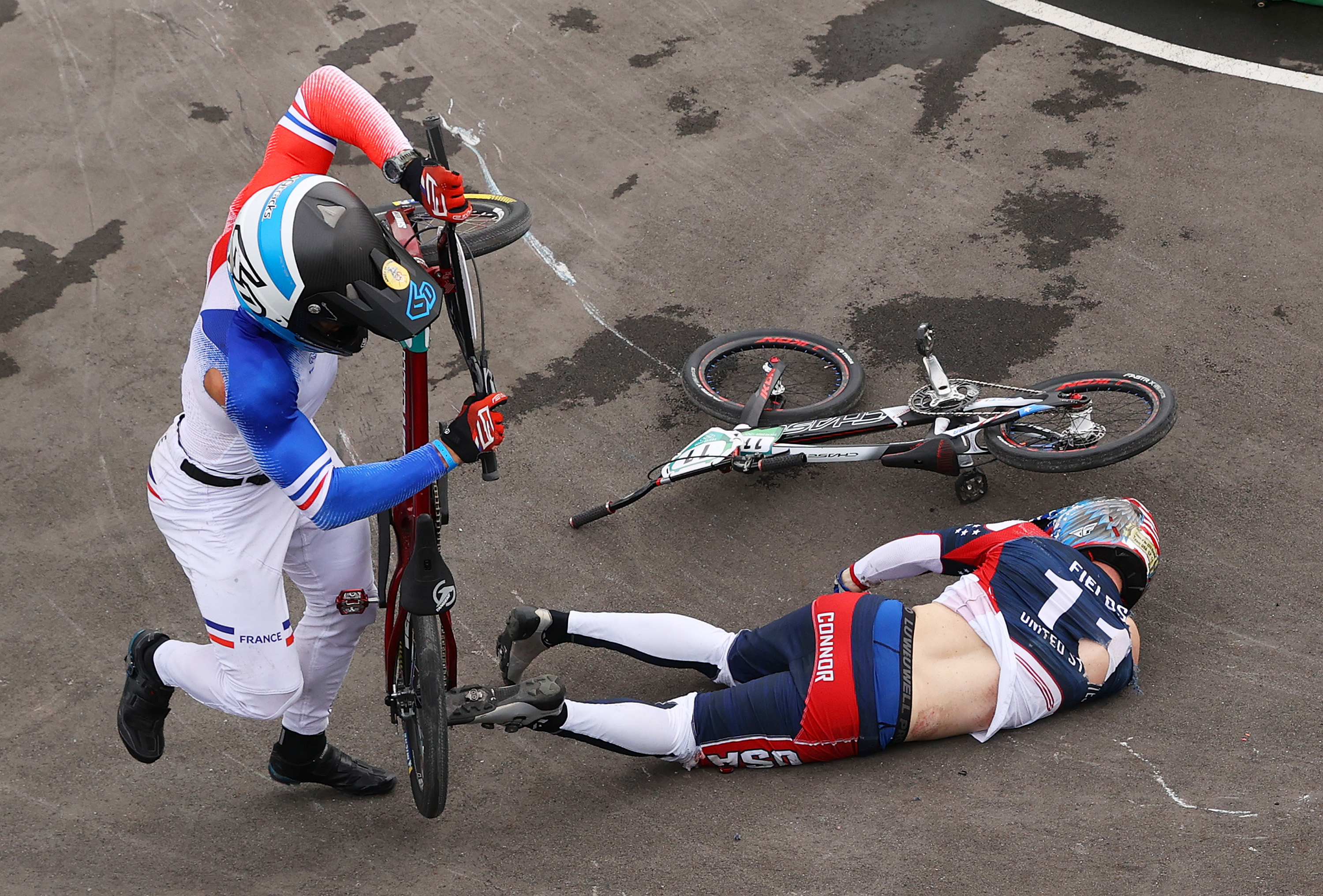 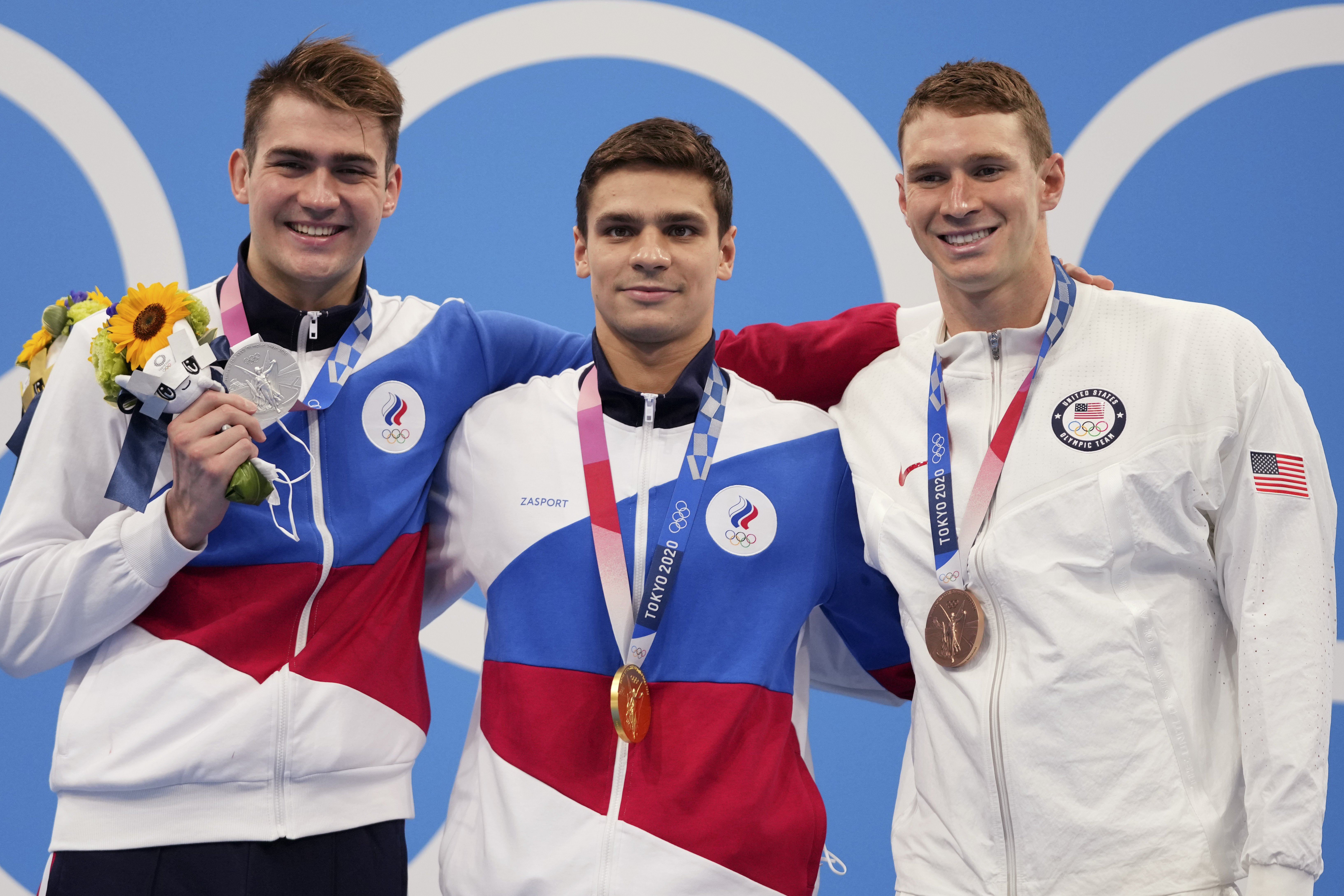 Swimming events are drawing to a close soon, with Day 8 being the penultimate day for swimming competition in Tokyo.

Four more medals were up for grabs, with Caeleb Dressel and Katie Ledecky getting gold in both of their respective events.

Ledecky won gold in the women’s 800m freestyle final. She said she's not done; she plans to compete in the 2024 Olympics.

Dressel took gold in the 100m butterfly, breaking his own world record with a time of 49:45 seconds.

The mixed medley relay is the first-ever mixed-gender swimming race in Olympic history. Dressel swam the butterfly leg in the finals of the 2019 Worlds and will also participate in the Olympic final as well. Regan Smith, Andrew Wilson, Tom Shields and Abbey Weitzeil swam for Team USA during the prelims.

Ledecky is the defending Olympic champion in the 800m freestyle race, winning gold in Rio and setting a new world record.

See a replay of all of last night's swimming action by streaming it here.

The U.S. men’s basketball team came to Tokyo struggling to find a rhythm in exhibition play. Those struggles continued as they lost their opening matchup to France 83-76, snapping a 25-game Olympic win streak.

Team USA seemed to get back on track Wednesday night against Iran, winning by a score of 120-66 and earning their first win of the Tokyo Olympics.

Kevin Durant, a two-time gold medal winner, scored 23 points to lead the United States to a 119-84 win over the Czech Republic to close out pool play at the Tokyo Olympics.

You can replay all the action here.

Team USA was unable to remain perfect in pool play, losing to the Russian Olympic Committee in three sets. The loss is disappointing, but with three wins in pool play, the United States is already assured a spot in the quarterfinals.

The defeat wasn't the only loss for Team USA -- superstar Jordan Thompson left with an apparent injury. Thompson landed hard on her ankle from a block early in the second frame and was immediately removed from the game. She was evaluated on the sidelines through the remainder of the second set, but left the court when it concluded.

The U.S. is on a quest to win Olympic gold in Tokyo, something the program hasn't done in the 57 years that volleyball has been featured at the Games. In fact, no other country has won more women's volleyball Olympic medals -- three silver and two bronze -- without taking home a gold.

Watch a replay of the game here.

Her fifth and final dive attempt might have been the most impressive as Palmer scored a 3.4 degree of difficulty along with 71.40 dive points for a forward 2.12 somersaults dive with two twists.

Palmer will attempt to be the first American woman to win an individual diving event since 2000.

Watch a replay of the 3m springboard diving here.