Dax Shepard is opening up about how he told his daughters about his relapse last year.

The "Bless This Mess" star, 46, said he and wife Kristen Bell have always been honest with their daughters, Lincoln, 8, and Delta, 6, about their dad's addictions to alcohol and drugs. "They know that dad goes to an AA meeting every Tuesday and Thursday," Shepard revealed on a recent episode of the "In Fact with Chelsea Clinton" podcast. 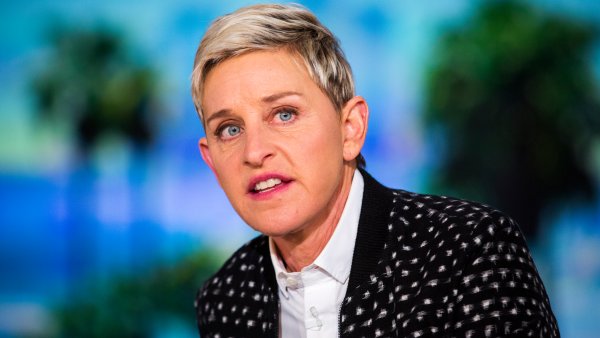 ‘It Was Too Orchestrated': Ellen DeGeneres Opens Up About Show Controversy in TODAY Exclusive

In fact, Lincoln once tried to negotiate her way into one of Shepard's AA meetings.

"One of the cuter moments was, I wanna say my oldest daughter was 3 — back when my daughters really wanted to be with me 24 hours a day — and she said, 'Where are you going?' I said, 'I'm going to AA,'" he recalled. "She said, 'Why do you have to go?' I go, 'Because I'm an alcoholic and if I don't go there then I'll drink and I'll be a terrible dad.'"

"I said, 'You might become one. The odds are not in your favor, but you're not there yet,'" Shepard added.

Shepard began to abuse opioid painkillers after being injured in a motorcycle accident last summer. He and Bell made the decision to tell their girls the truth about his relapse.

"They knew when I relapsed. We explained, 'Well, Daddy was on these pills for his surgery and then Daddy was a bad boy and he started getting his own pills,'" he said.

"Yeah, we tell them the whole thing," he added.

The "Armchair Expert" podcast host, who's long been candid about his struggle with addiction, said he was initially ashamed to have fallen off the wagon.

He added, "I was holding onto that so much. I was really scared of not having that."

Shepard went public with the details of his relapse on his podcast last September. After being prescribed narcotic pain meds following the accident, he soon found himself taking the pills "all day" long. When his tolerance to the pills grew, he secretly began buying more of them illegally.

After trying unsuccessfully to detox on his own, Shepard decided to tell Bell and his podcast co-host Monica Padman about his private ordeal.

"I felt so terrible about the lying," Shepard added. "I was just very scared and I felt very, very lonely."

Shepard also told listeners he felt "really grateful" to have Bell and Padman's support once he was truthful with them.

"You guys were understanding and didn't feel as betrayed as you should."