The S&P 500 fell marginally from a record high in a late-day sell-off on Thursday after a report said Pfizer is dialing back its coronavirus vaccine rollout plan for this year due to supply chain issues.

Pfizer now expects to ship half of the doses it had previously planned this year after finding raw materials in early production that didn’t meet its standard, Dow Jones reported. 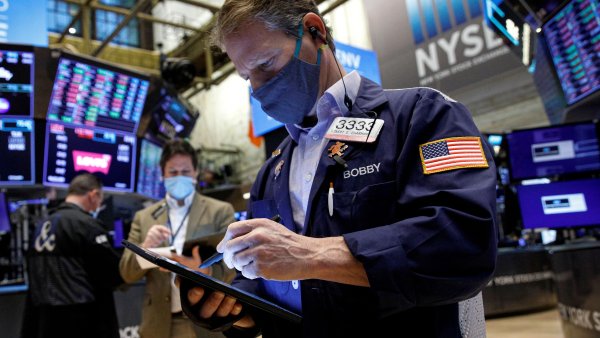 But the sell-off was relatively mild as the report also said Pfizer and BioNtech are now on track to roll out 1.3 billion vaccines in 2021 and the 50 million dose shortfall this year will be covered as production ramps up. Shares of Pfizer dropped 1.7% following the news.

Still the report raised concerns from investors that maybe the stock market’s recent run to records is pricing in a too-perfect rollout of Covid vaccines the next 12 months.

Earlier in the session, sentiment was boosted by better-than-expected jobs data. First-time claims for unemployment insurance totaled 712,000 last week, lower than an estimate of 780,000 from economists surveyed by Dow Jones. Jobless claims also reached a pandemic-era low as the labor market showed resilience even in the face of a worsening pandemic.

The Labor Department is set to release its closely watched jobs report for November on Friday. The U.S. economy is expected to have added 440,000 jobs, a slowdown from 638,000 in October, according to Dow Jones

“With some rumblings of stimulus progress and positive momentum on the vaccine front, labor market watchers could be ever hopeful for a more meaningful decrease in jobless claims in the long run,” said Mike Loewengart, managing director of investment strategy at E-Trade Financial.

House Speaker Nancy Pelosi and Senate Majority Leader Mitch McConnell spoke on the phone Thursday for the first time since at least the 2020 election as lawmakers seek to strike a coronavirus stimulus deal.

McConnell said he has seen “hopeful signs” toward reaching an agreement before the end of the year, adding “compromise is within reach.” The Kentucky Republican did not endorse the $908 billion bipartisan proposal after it was released on Tuesday.

“Democratic leaders appear to have yielded on their insistence on a multi-trillion dollar fiscal stimulus package, raising the odds that a deal can be reached before the end of the year,” Jan Hatzius, Goldman Sachs’ chief U.S. economist, said in a note Thursday.

Meanwhile, coronavirus infections have accelerated in the U.S. where more than 100,000 patients are currently hospitalized, according to data from the COVID Tracking Project. That is significantly above the peak during the first wave in the spring, when cases were concentrated in the northeastern part of the country.

The U.S. also reported a record 2,800 Covid deaths on Wednesday, the highest single-day death toll ever reported, according to data compiled by Johns Hopkins University.

Elsewhere, the House of Representatives unanimously passed a bill that would require Chinese companies to adhere to U.S. auditing standards if they want their stocks to be listed on exchanges in the United States. The bill now goes to President Donald Trump, who is expected to sign it into law.