U.S. stock futures fell today after another muted day in the broader market belied the incredible trading in meme stock AMC Entertainment (AMC). In premarket trading, AMC initially jumped 20%, before going back and forth between much smaller gains and losses, after the movie theater chain filed to sell 11.55 million shares "from time to time." AMC shares skyrocketed 95% on Wednesday. (CNBC)

Focusing on the link between inflationary pressures and the reopening of U.S. businesses after Covid, the Dow Jones Industrial Average, S&P 500 and Nasdaq posted modest gains Wednesday. The Dow and S&P 500 were within 1% of their May record closes, while the Nasdaq was 2.7% away from its late April record close. (CNBC)

The 10-year Treasury yield ticked higher to around 1.6% after Thursday's weekly initial jobless claims dropped to another pandemic-era low. The Labor Department said new filings for unemployment benefits were 385,000 for last week. (CNBC)

Delayed by a day, ADP on Thursday morning said private sector jobs grew by a much larger than expected 978,000 positions in May. The government releases its May employment report on Friday. The ADP report during Covid has been a poor indicator of what the Labor Department's numbers might show. (CNBC) 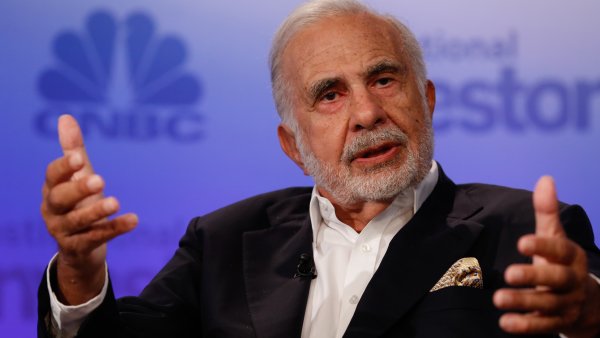 The Reddit-fueled retail trader war on those betting against AMC, similar to January's GameStop mania, cost short sellers $2.8 billion on Wednesday alone, according to S3 Partners. About 18% of the AMC shares available for trading were still sold short through Wednesday. Most Wall Street analysts still believe AMC shares will plummet eventually. (CNBC)

The FDA is working with Johnson & Johnson (JNJ) and AstraZeneca (AZN) to ensure that Covid vaccine doses produced at an Emergent BioSolutions (EBS) plant in Baltimore are uncontaminated and safe to use. That comes after the plant accidentally contaminated doses of J&J's Covid vaccine with the active ingredient in AstraZeneca's shots. (Politico)

Brazil's JBS, the world's largest meat processor, has resumed most production after a weekend cyberattack. JBS blames hackers with ties to Russia. Last month, Colonial Pipeline, the largest U.S. fuel pipeline, paid ransomware demands after its operations were closed for nearly a week. Hackers with ties to Russia are also suspected in that attack. (AP)

Engine No. 1 has won a third board seat at Exxon (XOM). The upstart activist firm has been targeting the oil giant since December, pushing the company to shift its focus away from fossil fuels. Engine No. 1, which has a miniscule 0.02% stake in Exxon, nominated four directors ahead of the firms' annual shareholder meeting at the end of May, a move that garnered support from major state pension funds. (CNBC)

China has given its approval to Jack Ma's Ant Group to operate a consumer finance company, a key positive step in the forced restructuring of its business just months after regulators slammed the breaks on its record-breaking listing. (CNBC)

Microsoft (MSFT) will unveil "the next generation of Windows" on June 24. The move comes a week after CEO Satya Nadella teased major enhancements to the PC operating system for developers as well as creators. (CNBC)

President Joe Biden and GOP Sen. Shelley Moore Capito met Wednesday to discuss a possible infrastructure compromise and plan to talk again tomorrow. The sides are seeing if they can move ahead with a bipartisan deal before next week, when the White House has signaled it wants to see progress in talks. (CNBC)

Apparel retailer Express (EXPR) reported a quarterly loss of 55 cents per share, smaller than the 58 cents a share that analysts were expecting. Revenue topped Street forecasts and Express said it expects sequential comparable sales improvement throughout this year. Its shares fell 7.1% in the premarket after an initial jump higher.

PVH (PVH) earned $1.92 per share for its latest quarter, more than double the consensus estimate of 83 cents a share. The company behind apparel brands like Tommy Hilfiger and Calvin Klein also saw revenue beat estimates, and it also raised its full-year forecast.

J.M. Smucker (SJM) beat estimates by 22 cents a share, with quarterly profit of $1.89 per share. Revenue came in slightly above forecasts. Sales fell compared with a year earlier, however, when homebound consumers stocked up as the pandemic took hold. Smucker did issue an upbeat full-year earnings forecast.

Splunk (SPLK) reported a greater-than-expected loss for the first quarter, though the maker of network analytics software did see revenue beat Wall Street forecasts. Splunk has been transitioning customers to cloud-based versions of its software, and recurring cloud revenue did jump 83% during the quarter compared to a year ago. Splunk lost 5.1% in premarket trading.

FireEye (FEYE) announced the sale of its security software products unit – along with the FireEye name – to private-equity firm Symphony Technology for $1.2 billion. The business that remains will be called Mandiant Solutions, the same name used by CEO Kevin Mandia's business before its sale to FireEye in 2014. FireEye shares tumbled 7.5% in the premarket.

After five NCAA championships, three Olympic gold medals and more records than anyone could have imagined when he took over at Duke University in 1980, basketball coaching legend Mike Krzyzewski's announced he's retiring. (USA Today)

Christie's will offer 90 pairs of Air Jordan-branded sneakers, including the first complete set of Air Jordan 1-14 Nike originals, in an online auction from June 22-30. The sale is Christie's second collaboration with Stadium Goods, a New York-based retailer of rare and limited-edition sneakers. (Barron's Penta)