On his first full day in office, President Joe Biden signed 10 executive orders aimed at combating the coronavirus pandemic, including one broadening the use of the Defense Production Act to expand vaccine production.

Currently, several states across the U.S. are reporting COVID-19 vaccine shortages. Health experts on Thursday blamed the shortages in part on the Trump administration’s push to get states to vastly expand their vaccination drives to reach the nation’s estimated 54 million people age 65 and over.

The U.S. has seen more than 25 million coronavirus cases and nearly 417,000 virus-related deaths since the start of the pandemic more than a year ago, according to a tally by NBC News.

California is reporting a one-day record of 764 COVID-19 deaths but the rate of new infections is falling.

The deaths reported Friday by the California Department of Public Health top the previous mark of 708 set on Jan. 8. In the last two days California has recorded 1,335 deaths.

Hospitalizations and newly confirmed cases have been falling, however, and health officials are growing more optimistic that the worst of the latest surge is over.

Dr. Anthony Fauci says a lack of candor and facts about the coronavirus pandemic under President Donald Trump “very likely” cost lives because it delayed getting sound scientific advice to the country.

“You know, it very likely did,” Fauci told CNN. “When you start talking about things that make no sense medically and no sense scientifically, that clearly is not helpful.”

Fauci didn’t single out failings by any individual or administration official, saying he didn’t want that to “be a sound bite.” But Trump frequently dismissed the advice of his administration’s scientists and claimed the virus would “fade away.”

President Joe Biden says restoring trust is a top goal of his coronavirus strategy. More than 410,000 people have died from the coronavirus in the U.S., the most in the world.

Dr. Anthony Fauci was asked Thursday about his experience working in former President Donald Trump’s administration. “It was really something that you didn’t feel you could actually say something and there wouldn’t be any repercussions about it,” said Fauci. “The idea that you can get up here and talk about what you know, what the evidence, what the science is. It is somewhat of a liberating feeling.”

The clearest sign that there’s a new boss at the White House is the deference being paid to coronavirus public health guidelines. Testing wristbands are in. Mask-wearing is mandatory.

Desks are socially distanced. While the Trump administration was known for ignoring public safety guidelines, the Biden team has made a point of adhering to the same strict guidelines they’re counseling Americans to follow to help stem the spread of the virus.

It’s part of an overall effort by President Joe Biden to lead by example on the coronavirus pandemic, an ethos that carries over from his campaign and transition.

A Houston area health department doctor accused by prosecutors of stealing nine doses of coronavirus vaccine from a damaged vial and administering them to family and friends insists he did nothing wrong and was only trying to ensure the vaccine was not wasted, his attorney said Thursday.

Authorities allege that Hasan Gokal, who worked for Harris County Public Health, stole a vial of the Moderna coronavirus vaccine while working at a vaccination site at a suburban Houston park on Dec. 29, NBC Dallas Fort Worth reports.

Gokal told a health department employee earlier this month that “he had taken a punctured vial of the Moderna vaccine ... at the end of operations and that he took the vial offsite and vaccinated his friends and family,” according to a probable cause complaint.

Prosecutors determined Gokal, 48, had given the vaccine to nine individuals, including his wife, according to the complaint.

The Veterans Affairs Boston Pharmacy staff found out that a freezer at the Jamaica Plain campus failed, ruining 1,900 doses of the COVID-19 vaccine, NBC Boston reports.

A plug was loose after a contractor "accidentally removed it while cleaning," according to the spokesman. The freezer was in "a secure location" and had an alarm system installed.

An investigation is underway to determine the cause of the incident and why the monitoring and alarm system didn't work. Replenishment doses are in process, the spokesman said, and the VA does not "foresee disruption of our vaccination effort."

It's a Secret: California Keeps Key Virus Data From Public

California Gov. Gavin Newsom has from the start said his coronavirus policy decisions would be driven by data shared with the public to provide maximum transparency. But with the state starting to emerge from its worst surge, his administration won't disclose key information that will help determine when his latest stay-at-home order is lifted.

State officials said they rely on a very complex set of measurements that would confuse and potentially mislead the public if they were released.

After Newsom imposed the nation's first statewide shutdown in March, his administration developed plans for reopening that included benchmarks for virus data points such as per capita infection rates that counties needed to meet to relax restrictions. It released data models state officials used to project whether infections, hospitalizations and deaths are likely to rise or fall.

As cases surged after Thanksgiving, Newsom tore up his playbook. Rather than a county-by-county approach, he created five regions and established a single measurement — ICU capacity — as the determination for whether a region was placed under a stay-at-home order.

In short order, four regions including about 98% of the state's population were under the order after their capacity fell below the 15% threshold. A map updated daily tracks each region's capacity.

At the start of last week, it appeared none of the four regions was likely to see the stay-at-home order lifted anytime soon because capacity was well below 15%. But within a day the state announced it was lifting the order for the 13-county Greater Sacramento region.

Local officials and businesses were caught off guard. It's still a mystery how the state made the decision or how and when it will lift the most serious restrictions on the bulk of the state's population because officials won't share their data.

A travel nurse working in California says more people would take COVID-19 seriously if they could see the suffering and death he witnesses every day. Grover Street joined LX News to discuss the grim reality he is experiencing in Southern California, as well as his own recent diagnosis with a mild case of COVID-19.

Fortune struck one man in the bakery aisle at the supermarket. Two others were working the night shift at a Subway sandwich shop. Yet another was plucked from a list of 15,000 hopefuls.

With millions of Americans waiting for their chance to get the coronavirus vaccine, a lucky few are getting bumped to the front of the line as clinics scramble to get rid of extra, perishable doses at the end of the day.

It is often a matter of being in the right place at the right time.

Sometimes people who just happen to be near a clinic at closing time are offered leftover shots that would otherwise be thrown away. Sometimes health workers go out looking for recipients. Some places keep waiting lists and draw names at random. Such opportunities may be becoming more prized as shortages around the U.S. lead some places to cancel vaccinations.

“One of the nurses said I should go buy a lottery ticket right now,” said Jesse Robinson, outside a Nashville, Tennessee, clinic this week where the 22-year-old was picked from a 15,000-name list for a shot. “I’m not going to question it too much. Just glad it was me.”

It has become one of the most unusual quirks in the often uneven, monthlong rollout of the COVID-19 vaccines.

The state of Florida will be restricting the COVID-19 vaccine to only residents, NBC Miami reports.

The advisory cited the "extremely limited" availability of the vaccine.

Last week, Florida Gov. Ron DeSantis addressed reports that non-residents were coming to the state to get vaccinated after he opened appointments up to anyone 65 and older.

DeSantis said stories of people flying to Florida, getting vaccinated and returning home are overblown. While there have been scattered reports of such interlopers, DeSantis said the nonresidents who are getting shots are almost entirely “snowbirds,” residents who live in the state for several months during the winter and who could infect others if they aren't vaccinated. 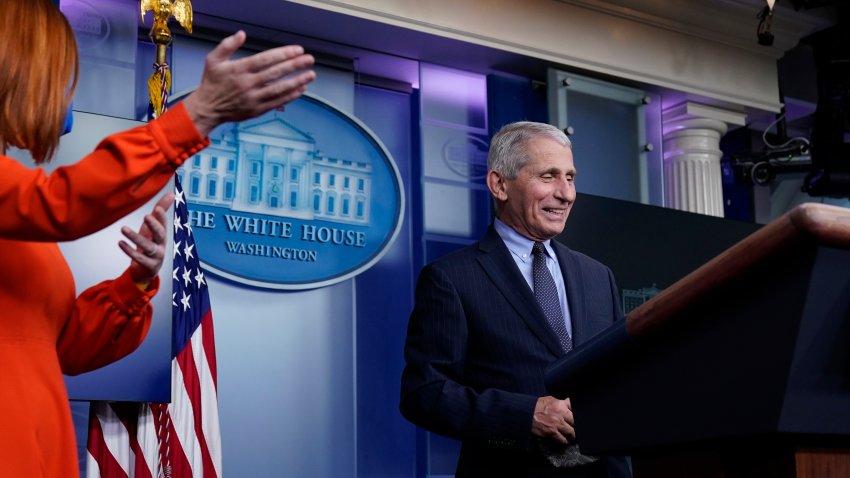 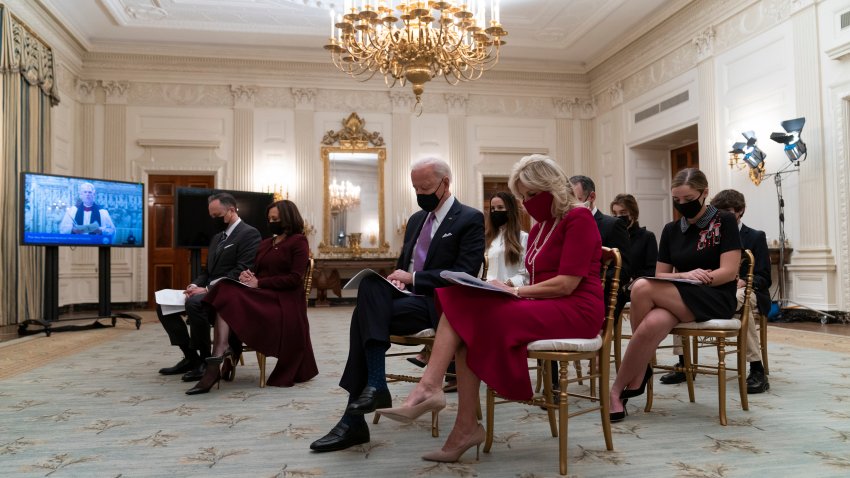