State Treasurer Denise Nappier announced her re-election in an email to supporters Wednesday afternoon and Republican challenger Tim Herbst said during a news conference that he had conceded.

"Yesterday's election was a hard-fought battle on so many fronts, and the real victory belongs to the Connecticut voters who exercised their right and privilege to vote," Nappier said in a statement Wednesday. "I am deeply grateful to the people of our state for their support, and for the incredible energy of so many volunteers who worked hard to get out the vote."

Recent numbers show the candidates neck and neck, with the Democratic incumbent leading by a mere 2,000 votes. 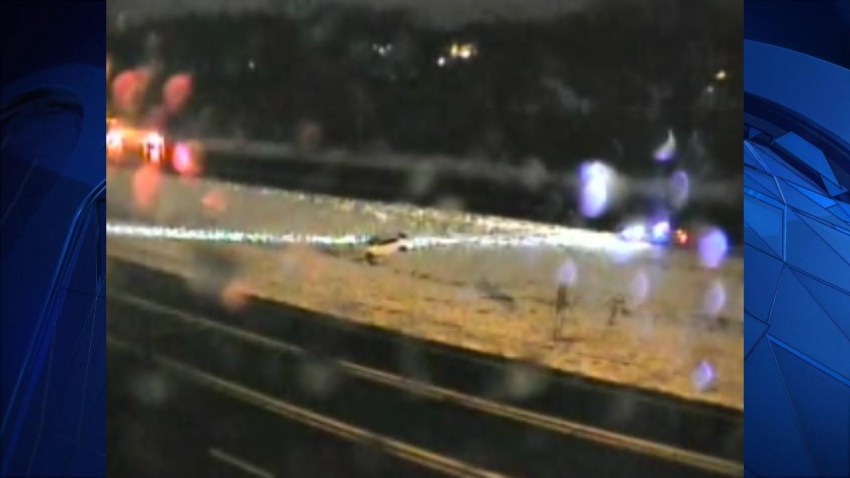 Accident Involving Tractor-Trailer Closes Part of I-84 in Manchester: DOT

"I called Treasurer Nappier to offer my congratulations on a hard-fought campaign and to offer my concession, and I wish her every success in the next four years as our state treasurer," Herbst said Wednesday.

Herbst put his arms around his campaign volunteers and thanked them for their hard work and support, calling them "the best campaign team in the state of Connecticut."

"Even though the ball did not bounce our way last night in to this morning, here's the good news: I still lead the best town in America," Herbst said, of Trumbull, where he serves as First Selectman. "Even though this campaign is over, I'm looking forward to what the future may hold."

Nappier, whose mother died over the weekend, did not make a public appearance. She will begin serving her fifth term as state treasurer in January.

Tim Herbst thanking his supporters, who stood by him in the race for State Treasurer. #Decision2014 pic.twitter.com/c9BHGcVueH — Amanda Raus (@amandaraus) November 5, 2014