He Died for His Country: PACT Act Comes Too Late For CT Veteran

They fought for their country. But then they had to fight for the benefits they were promised.

After unexpected hurdles that sparked outrage and protests, the U.S. Senate this week passed the Honoring Our PACT Act by a vote of 86 to 11. The landmark bill makes it easier for veterans exposed to toxic burn pits to get the care and compensation they earned. But it comes too late for some of America’s veterans, like Peter Antioho, of Berlin.

“He was and always will be an amazing, selfless, authentic, loving man,” said Amy Antioho, Peter’s widow.

During the Army soldier’s deployment to Afghanistan in 2012, he was frequently exposed to a toxic burn pit.

”I remember him calling home, you know, on a very spotty Skype connection, talking about the burn pits and I, I imagined a campfire,” Amy recalled. “And then when I saw the aerial photograph, and the scale, they were massive, mind-boggling. And I remember him saying, ‘this is going to kill me one day.’”

“We got the diagnosis of glioblastoma multiforme, which is a grade four brain tumor, and terminal brain cancer,” said Amy.

Their son Mark was just 2 years old at the time.

“We just said, what are we going to do? You know, Mark’s going to grow up without daddy because he was given a prognosis of approximately nine months.”

Peter defied that prognosis, fighting to live another two and a half years. But much of that time was spent fighting the government when Peter’s disability claim with the Veterans Administration was denied – twice.

Government figures estimate that three-and-a-half million American veterans were exposed to toxic burn pits in the post-9/11 wars in Iraq and Afghanistan. 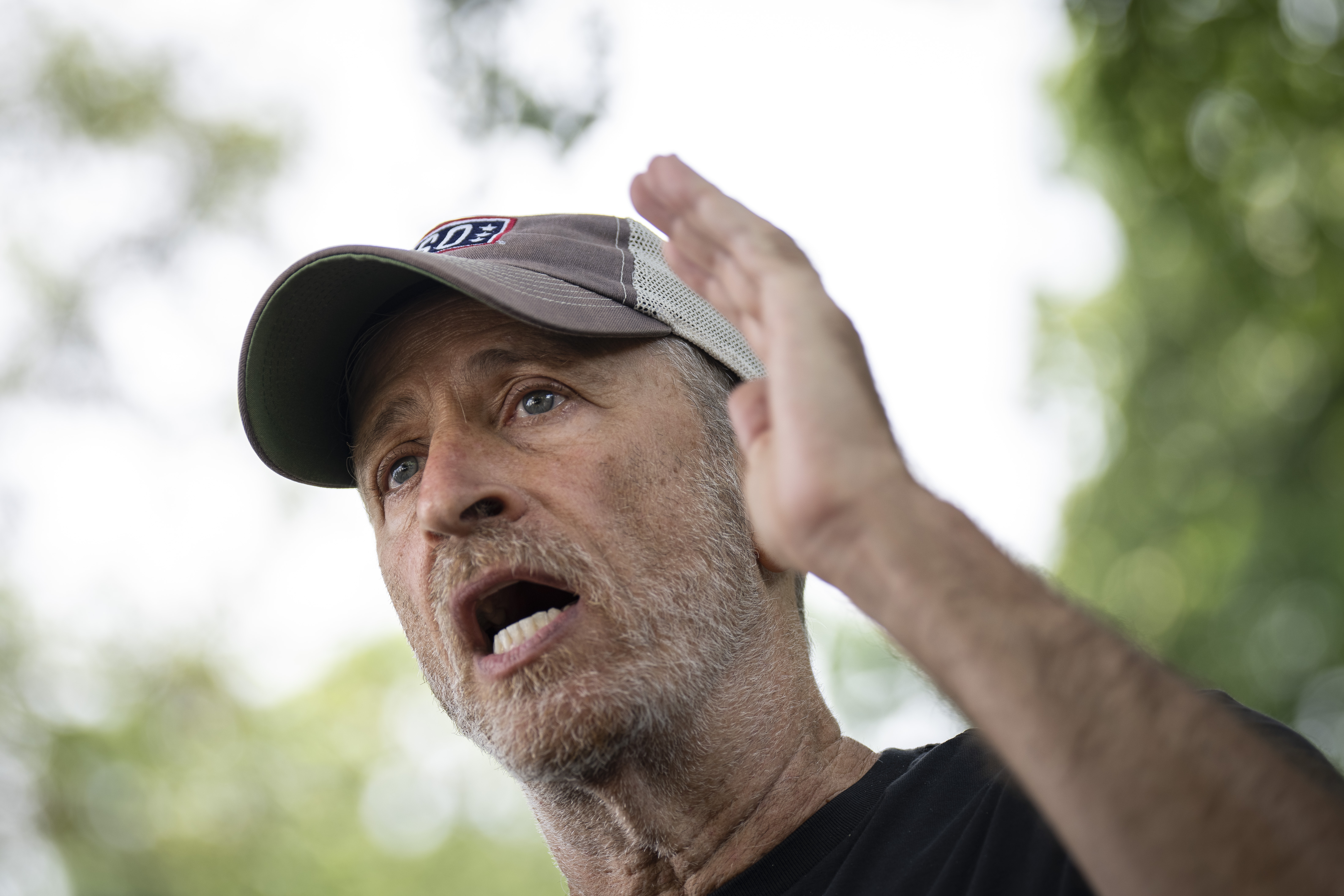 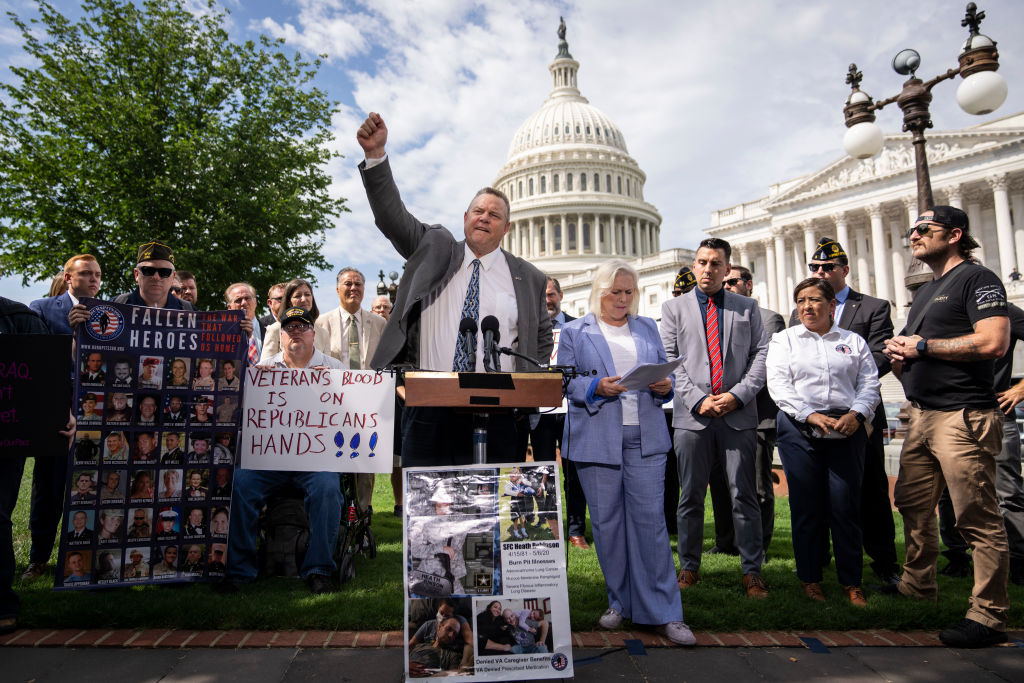 The Department of Defense began to scale back the use of these pits after exposed veterans began developing various medical issues, including cancers and lung diseases. But of the 12,582 disability claims related to burn pit exposure filed between 2007 and 2020, only 2,828 were approved by the Veterans Administration – a rejection rate of nearly 80%, according to a V.A. report to Congress.

“They said, well, OK, we believe you that he has brain cancer, but prove it. Prove that he was in Afghanistan, prove that there were burn pits there, prove that burn pits can cause cancer,” said Amy.

For the wife and mother turned caretaker, the burden of proof being placed on the family became another full-time job – researching, writing and calling, and knocking down doors of doctors, politicians, and veterans’ advocates. She enlisted the help of the Connecticut Veterans Legal Center and a local veterans service organization and made outreach to U.S. Senator Richard Blumenthal’s office.

After a personal intervention by the senator, Peter’s claim was finally approved in 2019 with a 100% disability rating. He died the next year, in September 2020.

“I sat with him and I held his hand,” Amy recalled of his final moments. “And I told him, it's OK. You know, you can let go because we got this.”

Among other provisions, the PACT Act will remove barriers to care and compensation for surviving exposed veterans by expanding the list of presumptive conditions, meaning veterans will no longer have to prove a service connection to those medical conditions for approval.

“I've been fighting over these years for coverage of the burn pit toxins and other poisons,” said Blumenthal. “In part because my sons have served during this era, one of them as a combat infantry officer in Afghanistan, in the Marine Corps, and the other is a Navy SEAL. I've met firsthand veterans who have suffered, and their families from these kinds of diseases that are the result of exposure to toxins, the amount of time taken to achieve this measure is absolutely unacceptable, just as it was, for those decades that it took to cover Agent Orange.”

But the bill was almost derailed by partisan clashes over the price tag.

“The nation needs to recognize when we go to war, there are these costs. In fact, the bill initially when we first sponsored it was called Cost of War Act,” said Blumenthal. “And that's why, whether it's $325 billion, or $300 billion or $400 billion, we have a solemn obligation to meet this burden.”

For Amy, the price has already been paid. Peter died for his country. Just not on the battlefield.

President Joe Biden has vowed to sign the PACT Act and Amy’s been invited to the White House to be present when that happens.

Biden plans to sign the act on Wednesday, according to a statement from the White House.

It will be a bittersweet milestone moment on a personal mission to help other families like hers before it’s too late.

“It would help families like mine get the help they need sooner, so they could spend more time with their loved one in the time they have, rather than fighting,” she said. “Youveterans earned this. You earned this and you deserve gratitude at the very least. So, I hope I really hope that in sharing this that my mission can help, again, even if it's just one other family.”