In documents provided to journalists for review, Foley, a wealthy Greenwich businessman, reported slightly more than $1 million in adjusted gross income for the 2010 tax year. That dropped to negative $65,705 in 2011 and rose to $20,462 in 2012. Returns were not available for 2013 because Foley's limited-liability company filed for an extension, his campaign said. 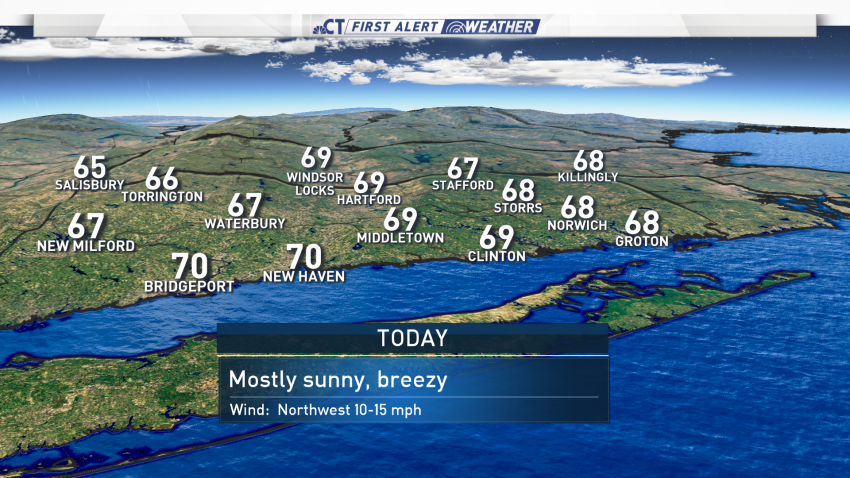 Temps Near 70 Today; Cool & Dry to End the Weekend

Neither candidate has released any information about his itemized deductions, such as charitable giving.

Foley spent more than $10 million of his money during his first race against Malloy. This year, Malloy and his campaign have used Foley's wealth as a point of criticism, saying he's out of touch with everyday voters.

Malloy recently took issue with Foley's remarks accusing the governor of pushing people out of their cars and into public transit.

The Malloy campaign also has taken issue with Foley's record as a business owner.

But in 2011, Foley's records show his $2.8 million in capital gains was offset by about $2.8 million worth of investment losses. No details were provided to reporters. Foley's adjusted gross income was ultimately negative $65,705 after paying his first wife $77,440 in alimony. In 2012, Foley suffered a $60,637 investment loss.