Protesters Block I-84 in Hartford, Continue Call for Justice for George Floyd

A video that showed George Floyd, 46, begging for air as a Minneapolis police officer was seen kneeling on his neck has sparked outrage and protests across the country, including Connecticut.

A group of peaceful protesters blocked traffic on Interstate 84 in Hartford Monday, calling for justice for George Floyd, a handcuffed black man who pleaded for air as a white Minneapolis police officer pressed his knee against Floyd's neck for several minutes.

A video that showed Floyd, 46, begging for air as a police officer was seen kneeling on his neck has sparked outrage and protests across the country, including Connecticut. Some have turned violent, with protesters clashing with police officers. But many have been peaceful, with gatherings of hundreds if not thousands marching to demand justice and call for an end to police brutality.

The officer seen kneeling in the video, Derek Chauvin, has been charged with third-degree murder and manslaughter. Protesters are calling for charges for three other officers involved.

In Hartford Monday, protesters gathered in front of Hartford Police Department headquarters before marching onto I-84 near exit 49, chanting "Black Lives Matter," "no justice, no peace," and "George Floyd."

The hundreds gathered blocked both sides of the highway. An NBC Connecticut crew on scene reported some people stopped their cars and got out to join the protesters. Connecticut State Troopers could be seen standing arm in arm with protesters, some even kneeling alongside them.

The protest was peaceful, though Connecticut State Police asked the protesters to leave because the area they are in could block ambulances and health care workers from access to St. Francis Hospital. 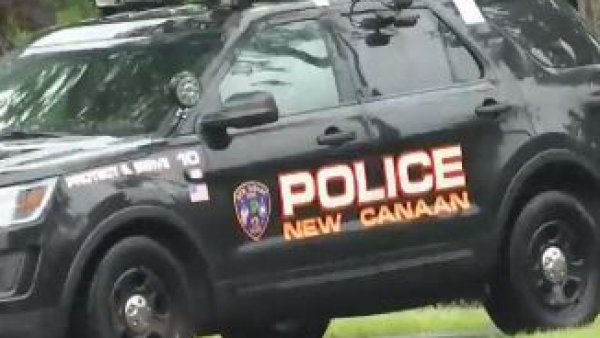 The protesters eventually left the highway, some chanting "hands up, don't shoot."

Over the weekend, protesters gathered in cities including New Haven, Bridgeport, Waterbury, Norwalk and New Britain.

Rallies continued all across the country, including the state of Connecticut, Monday.

Earlier in the day, hundreds gathered at Keney Park in Hartford Monday to demand justice. The group chanted "Black Lives Matter" as they marched.

“I’m promoting a protest, but I’m also not going to sugarcoat the issue. We’ve been begging, we’ve been pleading, we’ve been marching and American has not listened. Therefore, we’re through asking, we’re demanding," Cornell Lewis of the Self-Defense Brigade told NBC Connecticut.

“We are not praying, we’re not begging, we’re not singing, we’re demanding, give us justice or in the words of some those old revolutionaries, burn this (expletive) down," he said.

Other protesters who spoke with NBC Connecticut said they believed their voices could be heard while acting in a peaceful manner.

Protesters are expected to march to the Hartford Police Department Monday afternoon, though organizers said the plan is fluid.

More than 1,000 people protested in New Haven Sunday in demonstrations that were largely peaceful, though there were some incidents reported. At New Haven Police Headquarters, protesters intent on entering the building were pushed back by officers, leading to a scuffle where protesters through items at officers and officers used pepper spray. No arrests were made and no injuries were reported, according to police.

Overnight, a Molotov cocktail was thrown at the New Haven Police Department substation on Winchester Avenue in the Newhallville neighborhood. Police and the FBI are investigating the attempted arson.

On Monday, black community leaders stood alongside Mayor Justin Elicker and Chief of Police Otoniel Reyes, expressing confidence in the mayor and saying that though there were small examples of violence, the overall peaceful protests and interactions with police are a mark of a united New Haven.

Elicker said to that end, they are moving forward on the creation of a Civilian Review Board, a body aimed at increasing police oversight. The city has been working toward its creation for years, but it has never come together. Elicker said it was a top priority for him and that he had submitted a first appointment for approval.

Dozens gathered in Manchester for a peaceful demonstration, many holding signs that read "Black Lives Matter."

In Bristol, a group marched peacefully in front of the police department.

"To say we condemn this behavior is accurate, but still, the word “condemn” doesn’t begin to come close to what we’re feeling. We saw what you saw. We watched in disbelief as that individual calling himself a police officer kept his knee on the neck of a human being for almost nine minutes. Why? We’re not trained to do this in our police academies. There was no immediate threat. Those police officers on scene, including those that stood around and did nothing, simply failed. They failed not just on a law enforcement level, but on a basic human level," the statement read in part.

"To our community, please know that we are more than a uniform, we are ordinary people and we stand with you. We anticipate and welcome difficult conversations that will result in progressive changes," they added.

While some protests calling for justice for George Floyd have turned violent, the Connecticut demonstrations have been largely peaceful, and leaders are hoping they can remain that way while sparking important conversations about racism.

State leaders spoke about the killing of George Floyd and the demonstrations across the state Monday, saying they want to hear the message and work with the community to help fix what's broken.

Gov. Ned Lamont stressed that in Connecticut, the focus was on peace and giving people a voice as protesters take to the streets, and expressed concerns about President Donald Trump's messaging, which encouraged governors to deploy the national guard to clear the streets.

Lamont said that was not the goal in Connecticut and pointed to the attitudes and actions of Connecticut's local police chiefs over the weekend, some of whom went out to meet with protesters and express solidarity for the cause.

"That's the sense of mutual respect that really struck me as we started this long weekend," Lamont said.

“Being a police chief in Hartford for six years, it’s a different way with our community and our community of policing. We want to hear the grievances and we want to assist you when you protest," Rovella said.

Rep. Jahana Hayes addressed the call for change that the protesters are trying to get out.

“Young people are looking for an outlet and looking to be heard and I think it’s our responsibility to hear people and not try to explain away their concerns or tell them what they feel or why they should be feeling this," she said.

“There are people in our communities who do not feel safe and we need to hear them and address those things," she added.