On Tuesday, India reported 323,144 new infections for a total of more than 17.6 million cases, behind only the United States

Since the beginning of the week, Dr. Siddharth Tara, a postgraduate medical student at New Delhi’s government-run Hindu Rao Hospital, has had a fever and persistent headache. He took a COVID-19 test, but the results have been delayed as the country’s health system implodes.

His hospital, overburdened and understaffed, wants him to keep working until the testing laboratory confirms he has COVID-19.

On Tuesday, India reported 323,144 new infections for a total of more than 17.6 million cases, behind only the United States. India's Health Ministry also reported another 2,771 deaths in the past 24 hours, with 115 Indians succumbing to the disease every hour. Experts say those figures are likely an undercount.

“I am not able to breathe. In fact, I’m more symptomatic than my patients. So how can they make me work?” asked Tara.

The challenges facing India today, as cases rise faster than anywhere else in the world, are being compounded by the fragility of its health system and its doctors.

There are 541 medical colleges in India with 36,000 post-graduate medical students, and according to doctors' unions constitute the majority at any government hospitals — they are the bulwark of the India's COVID-19 response. But for over a year, they have been subjected to mammoth workloads, lack of pay, rampant exposure to the virus and complete academic neglect.

In five states that are being hit hardest by the surge, postgraduate doctors have held protests against what they view as administrators’ callous attitude toward students like them, who urged authorities to prepare for a second wave but were ignored.

Jignesh Gengadiya, a 26-year-old postgraduate medical student, knew he’d be working 24 hours a day, seven days a week when he signed up for a residency at the Government Medical College in the city of Surat in Gujarat state. What he didn’t expect was to be the only doctor taking care of 60 patients in normal circumstances, and 20 patients on duty in the intensive care unit.

“ICU patients require constant attention. If more than one patient starts collapsing, who do I attend to?” asked Gengadiya.

“I get that senior doctors are older and more susceptible to the virus. But as we have seen in this wave, the virus affects old and young alike,” said Tara, who suffers from asthma but has been doing regular COVID-19 duty.

The hospital has gone from zero to 200 beds for virus patients amid the surge. Two doctors used to take care of 15 beds – now they’re handling 60.

Staff numbers are also falling, as students test positive at an alarming rate. Nearly 75% of postgraduate medical students in the surgery department tested positive for the virus in the last month, said a student from the department who spoke anonymously out of fear of retribution.

Tara, who's part of the postgraduate doctors association at Hindu Rao, said students receive each month’s wages two months late. Last year, students were given four months’ pending wages only after going on hunger strike in the midst of the pandemic.

Although Hindu Rao hasn't hired any additional doctors during the second wave, Dogra said doctors from nearby municipal hospitals were temporarily posted there to help with the increased workload. 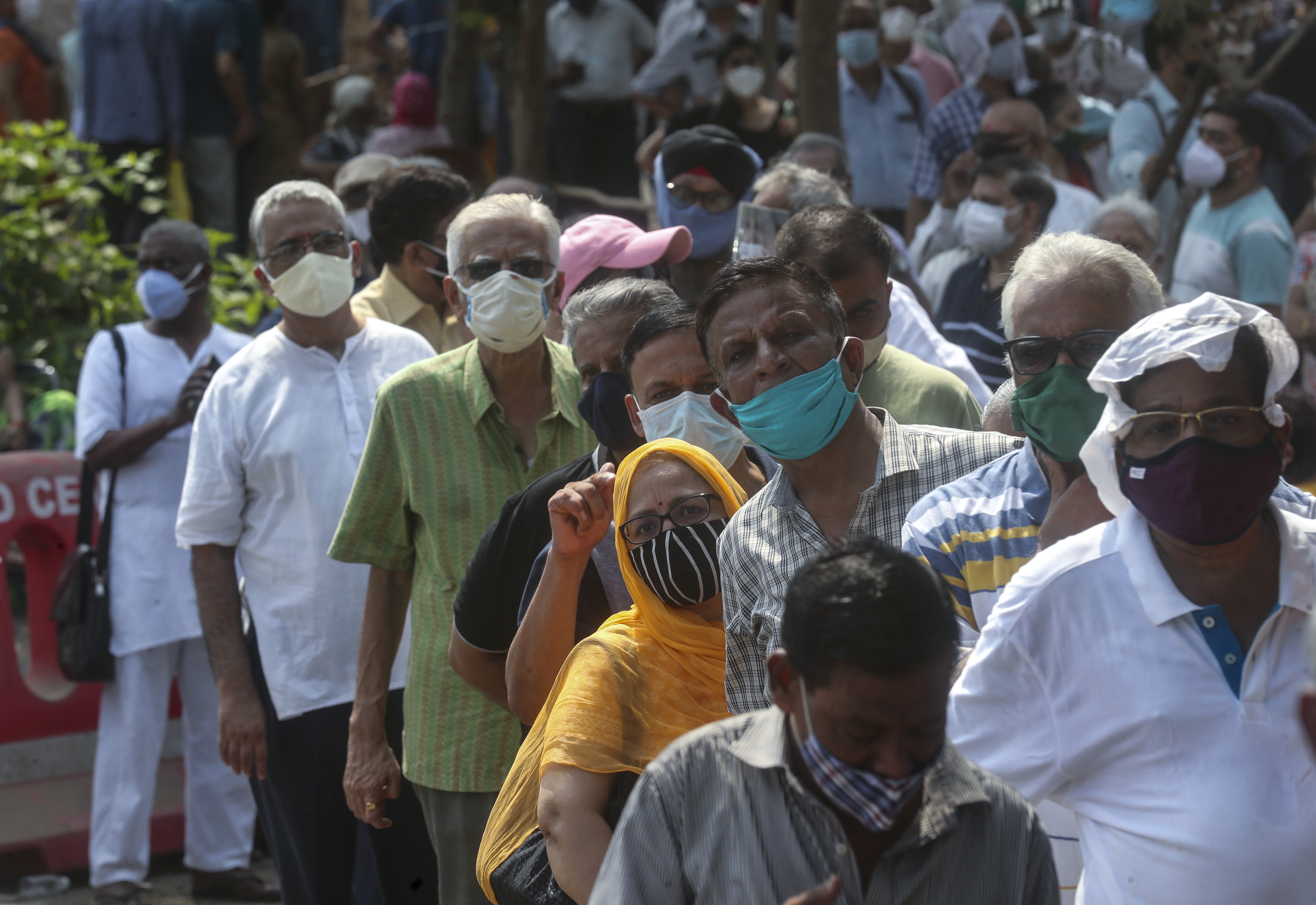 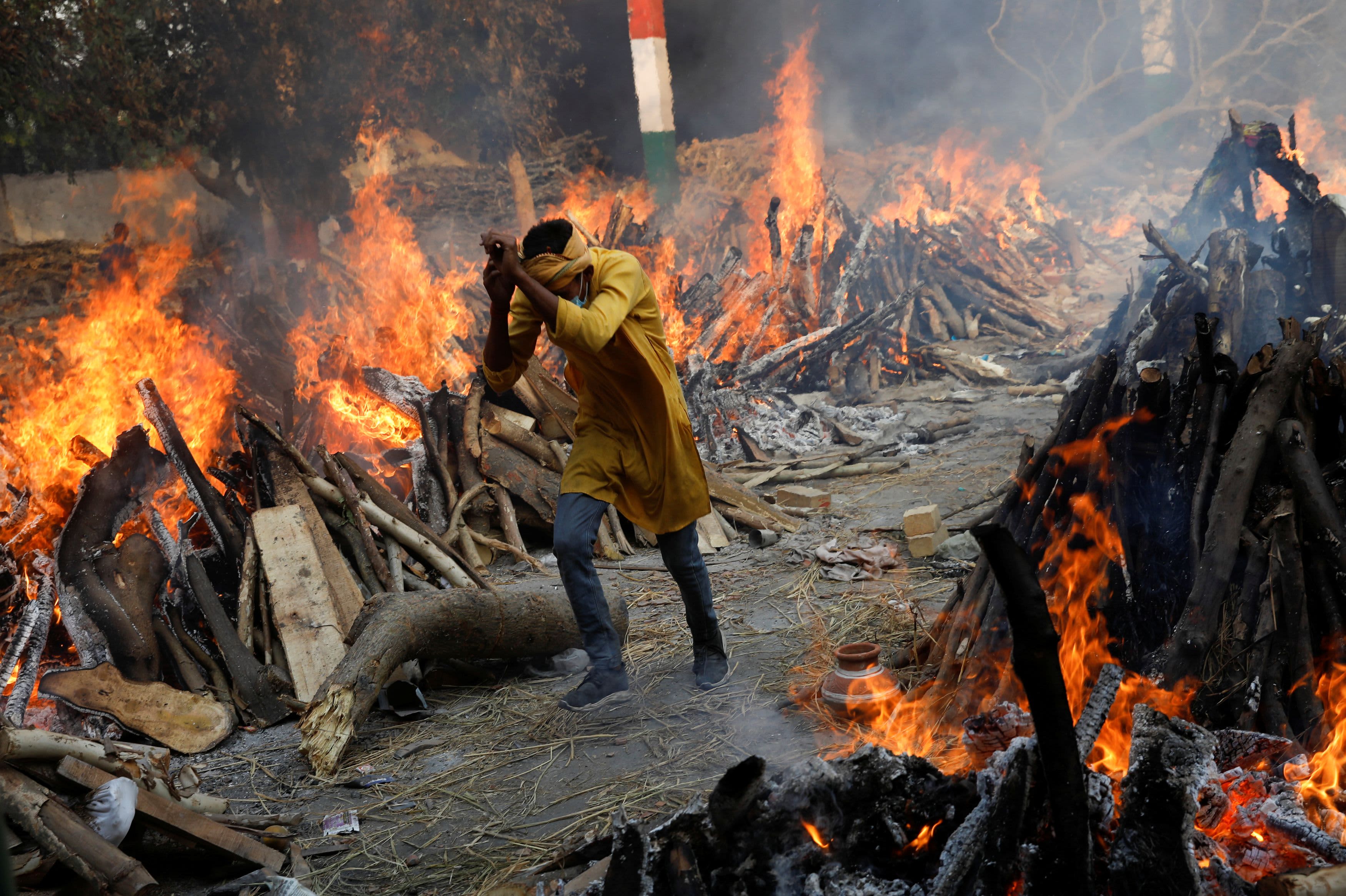 India — which spends 1.3% of its GDP on healthcare, less than all major economies — was initially seen as a success story in weathering the pandemic. However, in the succeeding months, few arrangements were made.

A year later, Dr. Subarna Sarkar says she feels betrayed by how her hospital in the city of Pune was caught completely off guard.

“Why weren’t more people hired? Why wasn’t infrastructure ramped up? It’s like we learnt nothing from the first wave,” she said.

Belatedly, the administration at Sassoon Hospital said last Wednesday it would hire 66 doctors to bolster capacity, and this month increased COVID-19 beds from 525 to 700.

But only 11 new doctors have been hired so far, according to Dr. Murlidhar Tambe, the hospital’s dean.

“We’re just not getting more doctors,” Tambe said, adding that they’re struggling to find new technicians and nurses too.

In response to last year’s surge, the hospital hired 200 nurses on a contractual basis but fired them in October after cases receded. Tambe said the contract allowed the hospital to terminate their services as it saw fit.

“Our primary responsibility is towards patients, not staff,” the dean said.

Cases in Pune city have nearly doubled in the last month, from 5,741 to 10,193. To deal with the surge, authorities are promising more beds.

AstraZeneca says its coronavirus vaccine developed with the University of Oxford was found to be safe and effective in trials conducted in the U.S., Peru and Chile.

“Increased beds without manpower are just beds. It’s a smokescreen,” she said.

To handle the deluge, students at Sassoon said authorities had weakened rules meant to keep them and patients safe. For instance, students work with COVID-19 patients one week and then go straight to working with patients in the general ward.

Students want Sassoon's administration to institute a mandatory quarantine period between duty in the COVID-19 and general wards.

Over the last month, 80 of the hospital’s 450 postgraduate students have tested positive, but they only get a maximum of seven days of convalescence leave.

As more Americans get fully vaccinated against the coronavirus, the number of breakthrough infections is expected to rise, too. Here’s what you need to know about this medical phenomenon.

“COVID ruins your immunity, so there are people who are testing positive two, three times because their immunity is just so shot, and they’re not being allowed to recover,” said Sarkar.

And after a year of processing COVID-19 tests, she says she knows everything there is to know about the virus, but little else. Nationwide, diverting postgraduate students to take care of virus patients has come at a cost.

At a government medical college in the city of Surat, students said they haven’t had a single academic lecture. The hospital has been admitting virus patients since March of last year, and postgraduate medical students spend almost all their time taking care of them. The city is now reporting more than 2,000 cases and 22 deaths a day.

Having to focus so heavily on the pandemic has left many medical students anxious about their future.

Students studying to be surgeons don’t know how to remove an appendix, lung specialists haven’t learned the first thing about lung cancer and biochemists are spending all their time doing PCR tests.

“What kind of doctors is this one year going to produce?” said Dr. Shraddha Subramanian, a resident doctor in the department of surgery at Sassoon Hospital.