The undersea pipeline, which was opposed by the US, is not yet operating

The undersea pipeline directly links Russian gas to Europe via Germany and is complete but not yet operating. It has become a major target as Western governments try to deter a Russian attack on its neighbor.

In the past, it has been a source of tension between the U.S., which opposed the project, and Germany. Chancellor Olaf Scholz said all options were on the table but avoided mentioning Nord Stream 2 specifically at a news conference with Biden in Washington.

If Russian tanks roll into Ukraine, “there will be no longer a Nord Stream 2,” Biden said Monday. Scholz stressed the need to keep some ambiguity about sanctions to press Russia to deescalate.

President Joe Biden refused to speculate on most questions about the situation between Russia and Ukraine but did say he thought Russian President Vladimir Putin was looking for "things he cannot get".

Here are key things to understand about the pipeline:

WHAT IS NORD STREAM 2?

A 764-mile-long natural gas pipeline under the Baltic Sea, running from Russia to Germany's Baltic coast.

It would double the capacity of an earlier Nord Stream pipeline to 110 billion cubic meters of gas a year and sidesteps Ukraine and Poland, which would lose transit fees. They also said the project would increase Russia's leverage over Europe.

The pipeline has been filled with gas but is not operating yet pending approval by Germany's utility regulators and the European Commission.

WHY DOES RUSSIA WANT THE PIPELINE?

Europe imports most of its gas and gets around 40% from Russia. Nord Stream 2 would offer an alternative to Ukraine's aging system, lower costs by saving transit fees paid to Ukraine and Poland, and avoid episodes like brief 2006 and 2009 gas cutoffs over price and payment disputes between Russia and Ukraine. 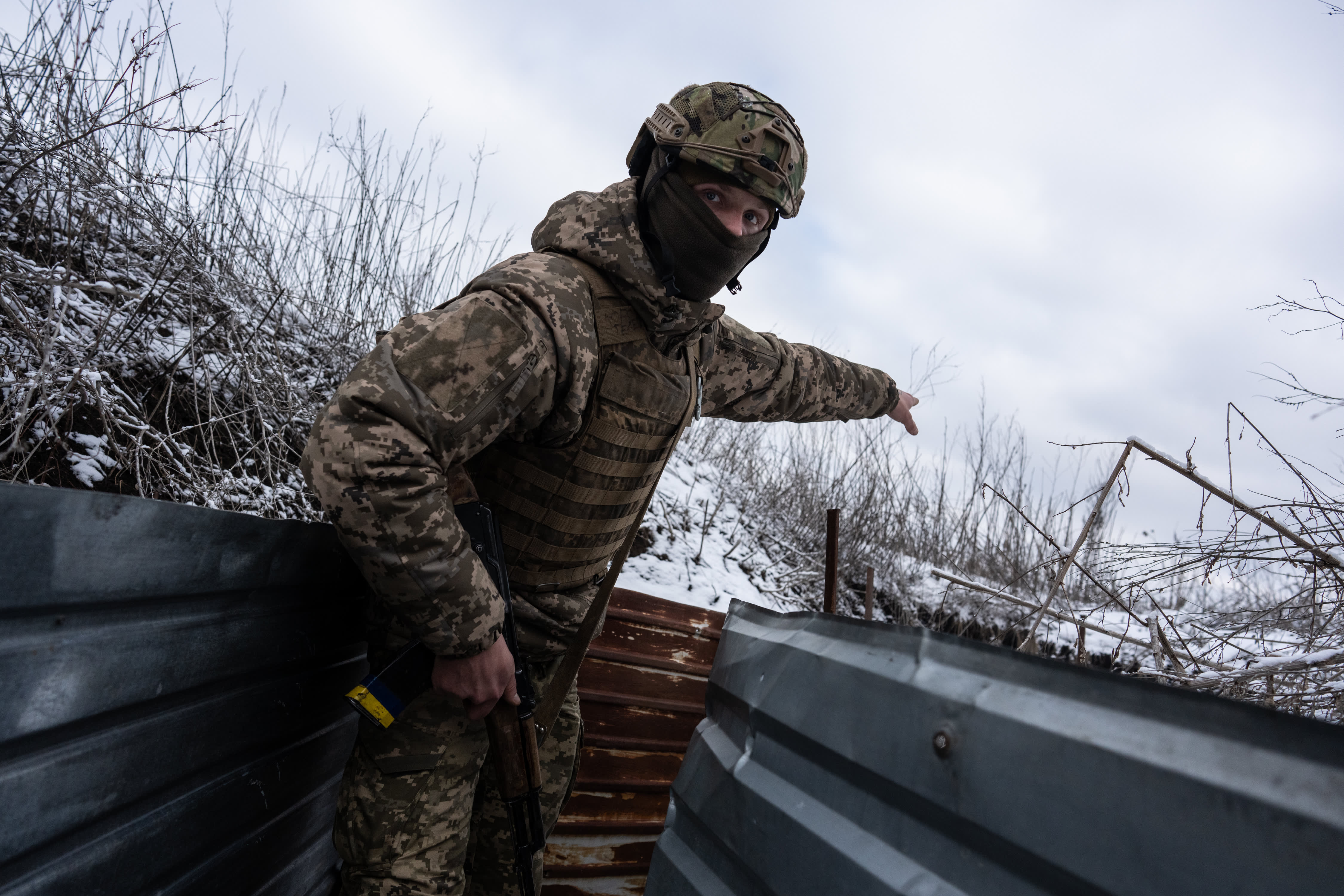 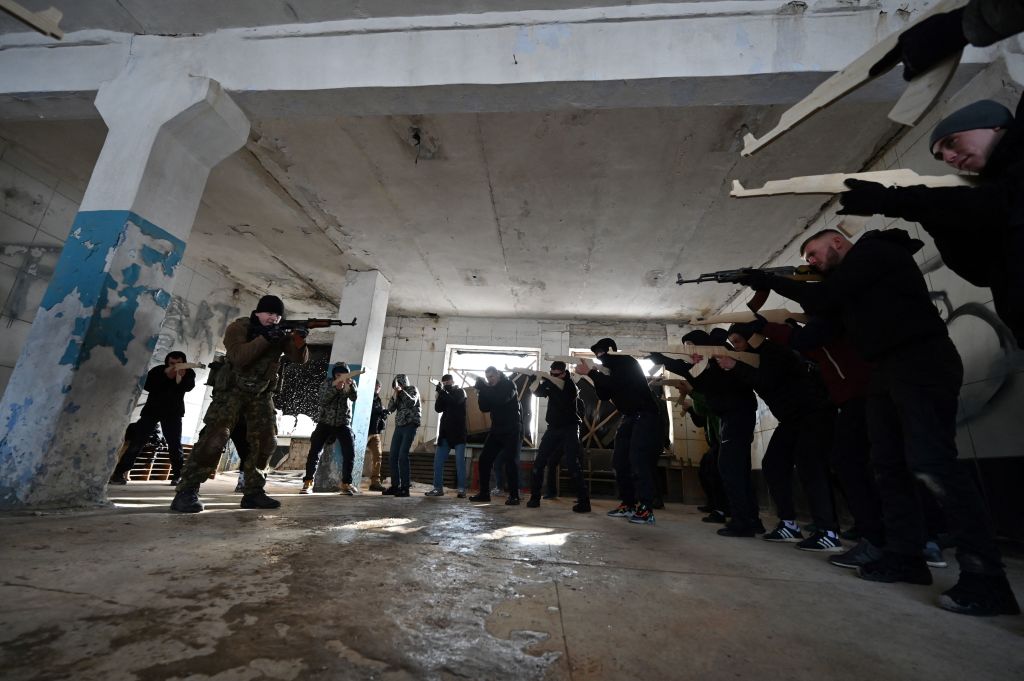 Ukraine-Russia Crisis: What to Know About the Fears of War

WHY IS BIDEN AGAINST IT?

The U.S., European NATO allies such as Poland, and Ukraine have opposed the project going back before the Biden administration. They said it gives Russia the possibility of using gas as a geopolitical weapon.

Biden waived sanctions against the pipeline's operator when it was almost complete in return for an agreement from Germany to take action against Russia if it used gas as a weapon or attacks Ukraine. But the U.S. still thinks Nord Stream 2 is a bad idea.

Meanwhile, Scholz, who took the helm in Germany in December, backed the project as Angela Merkel’s finance minister, and his Social Democratic Party supported it.

While he has avoided referring to Nord Stream 2 specifically, Scholz says Russia would face “severe consequences” and that sanctions must be ready ahead of time.

HOW WOULD BIDEN BLOCK NORD STREAM 2?

The U.S. could impose heavy financial sanctions — penalizing anyone or any company that does business involving the pipeline, effectively scaring away banks and businesses and making it impossible for the pipeline to operate.

Biden hasn’t said if that’s the route he might pursue. Asked Monday how the U.S. would stop something that’s under German control, Biden only said, “I promise you, we’ll be able to do it.” Scholz added, “You can be sure that there won’t be any measures in which we have a differing approach. We will act together jointly.”

In Congress, Republicans and Democrats — in a rare bit of agreement — have long objected to Nord Stream for the leverage it gives Russia over Europe. They have been split for months on whether to impose sanctions on Nord Stream 2 now or only if Russia invades. Bill backers have refused to say what compromise they might be working on.

Hundreds of American troops arrived in Poland on Monday and Tuesday, with more planes expected to arrive later this week.

In Germany, the approval process has been presented as strictly a legal decision, not a political one, raising questions about what mechanism could be used if there’s a Russian attack. In Europe, sanctions against Russia over its seizure of Ukraine’s Crimea peninsula in 2014 were agreed at the European Union level.

Not immediately or directly. Since regulators won't approve it for months, the pipeline cannot help meet heating and electricity needs this winter as the continent faces a gas shortage. Gazprom could, if it chose, send more gas through existing pipelines.

The winter crunch has continued to feed concerns about Russia and gas. Russian President Vladimir Putin has said the shortage underlines the need for quick Nord Stream 2 approval. Russia held back from short-term gas sales — even though it fulfilled long-term contracts with European customers — and failed to fill its underground storage in Europe.

Some analysts say Russia had to fill its own winter reserves first, and Gazprom has stressed its role as a reliable long-term supplier. Whatever the motivation, Putin's comments did little to relieve concerns that Russia is inclined to use gas for political leverage.

IS RUSSIA THE BOSS ON GAS?

That's oversimplifying. While Europe needs Russian gas, Gazprom also relies on the European market for sales to support Russian government budgets. And the European Union has been able to force Gazprom to comply with many of its anti-monopoly rules in recent years.

That interdependence is why many think Russia won't cut off gas to Europe even if the conflict over Ukraine escalates, and Russian officials have underlined they have no intention to do that.