An online account, purportedly by an entity describing itself as a group of hackers, shared surveillance video it seized, along with video of the moment it attacked the system

The guard in a control room at Iran's notorious Evin prison springs to attention as one by one, monitors in front of him suddenly blink off and display something very different from the surveillance footage he had been watching.

“Cyberattack,” the monitors flash. Other guards gather around, holding up their mobile phones and filming, or making urgent calls. ”General protest until the freedom of political prisoners" reads another line on the screens.

An online account, purportedly by an entity describing itself as a group of hackers, shared footage of the incident, as well as parts of other surveillance video it seized, with The Associated Press. The alleged hackers said the release of the footage was an effort to show the grim conditions at the prison, known for holding political prisoners and those with ties abroad who are often used as bargaining chips in negotiations with the West.

In one part of the footage, a man smashes a bathroom mirror to try to cut open his arm. Prisoners — and even guards — beat each other in scenes captured by surveillance cameras. Inmates sleeping in single rooms with bunk beds stacked three high against the walls, wrapping themselves in blankets to stay warm.

“We want the world to hear our voice for freedom of all political prisoners,” read a message from the online account to the AP in Dubai.

Iran, which has faced criticism from the United Nations special rapporteur over its prison conditions, did not immediately respond to a request for comment sent to its U.N. mission in New York. Iranian state media in the country have not acknowledged the incident at Evin.

However, several embarrassing hacking incidents have struck Iran amid ongoing tensions over its accelerated nuclear program and as talks with the West over reviving the atomic accord between Tehran and world powers remain on hold. 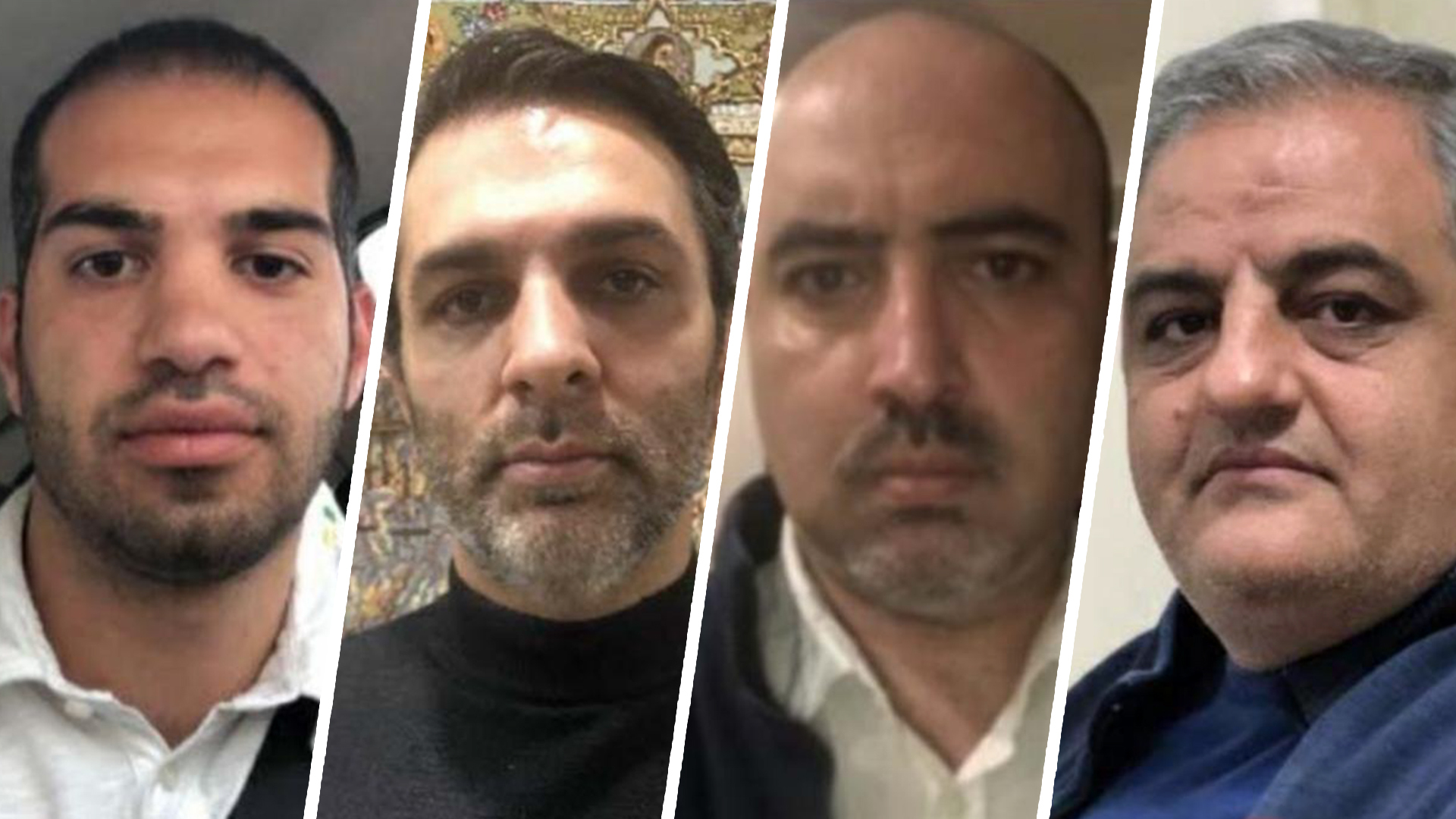 Four former prisoners at Evin, as well as an Iranian human rights activist abroad, have told the AP that the videos resemble areas from the facility in northern Tehran. Some of the scenes also matched photographs of the facility previously taken by journalists, as well as images of the prison as seen in satellite photos accessed by the AP.

The footage also shows rows of sewing machines that prisoners use, a solitary confinement cell with a squat toilet and exterior areas of the prison. There are images of the prison's open-air exercise yard, prisoners' bathrooms and offices within the facility.

Much of the footage bears timestamps from 2020 and this year. Several videos without the stamp show guards wearing facemasks, signaling they came amid the coronavirus pandemic.

Though there is no sound in the videos, they speak to the grim world faced by prisoners at the facility. One sequence shows what appears to be an emaciated man dumped from a car in the parking lot, then dragged through the prison. Another shows a cleric walking down the stairs and passing by the man, without stopping.

Guards in another video are seen beating a man in a prisoner's uniform. One guard sucker-punches a prisoner in a holding cell. Guards also fight among themselves, as do the prisoners. Many are crammed into single-room cells. No one wears a facemask.

The account that shared the videos with the AP calls itself “The Justice of Ali,” a reference to the Prophet Muhammad’s son-in-law who is revered by Shiites. It also mocks Iran's Supreme Leader Ali Khamenei.

It claimed to have “hundreds” of gigabytes of data from what it described as a hack conducted several months ago. It did not answer questions about who was involved in the leak.

The account linked the timing of its leak to the recent election of Iranian President Ebrahim Raisi, a hard-line acolyte of Khamenei involved in the execution of thousands in 1988 at the end of the Iran-Iraq War.

“The Evin prison is a stain on Raisi’s black turban and white beard,” the message on the screens in the prison control room also read.

Iran, long sanctioned by the West, faces difficulties in getting up-to-date hardware and software, often relying on Chinese-manufactured electronics or older systems. The control room system seen in the video, for instance, appeared to be running Windows 7, for which Microsoft no longer provides patches. That would make it easier for a potential hacker to target. Pirated versions of Windows and other software are common across Iran.

In recent months, Iran's railroad system was targeted by an apparent cyberattack. Other self-described hacker groups have published details about Iranians alleging hacking on behalf of the theocracy. Meanwhile the most-famous cyberattack — the Stuxnet virus that destroyed Iranian centrifuges at the height of Western fears over Tehran's program — is widely suspected to have been an American and Israeli creation.

Evin prison was built in 1971 under Iran's Shah Mohammad Reza Pahlavi. It housed political prisoners then and later, after the 1979 Islamic Revolution swept the shah from power.

While in theory under the control of Iran's prison system, Evin also has specialized units for political prisoners and those with Western ties, run by the paramilitary Revolutionary Guard, which answers only to Khamenei. The facility is the target of both U.S. and European Union sanctions.

After Iran cracked down on protesters following the disputed 2009 re-election of hard-line President Mahmoud Ahmadinejad, many of the arrested protesters ended up in Evin. Lawmakers later pushed for reforms at Evin, following reports of abuses at the prison — which led to the installation of the closed-circuit cameras.

“Prisoners of conscience and political prisoners have contracted COVID-19 or experienced symptoms, with many denied testing or treatment or suffering unnecessary delays in receiving test results and treatment,” he wrote.