Man Who Married Stranger at Mall of America Dies of Cancer

The mall plans to host a fundraiser for the Angel Foundation on June 13, which would have been the couple's 20th wedding anniversary

David Weinlick knew he would get married on June 13, 1998. He just didn't know who his bride would be.

Friends came to his aid and picked Elizabeth Runze from among hundreds of interested women. After knowing each other for only a few minutes, Weinlick and Runze said "I do" at a well-publicized wedding at the Mall of America in Bloomington.

The marriage lasted almost 20 years until Weinlick's death from colon cancer on Sunday night. He was 48. 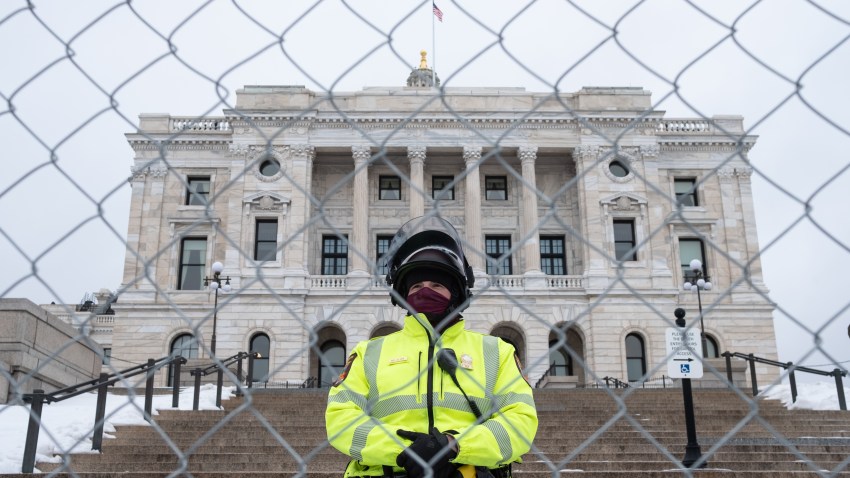 "I was the instigator and Dave said, 'Let's do it,'" Fletcher recalled Tuesday about the arranged wedding. Using his experience in political campaigns. Fletcher said he knew how to write a press release and generate interest in Weinlick's quest for a bride.

"People were so interested and it became really sort of a media phenomenon," Fletcher said.

David Weinlick jokingly told relatives and friends he would be married June 13, 1998 — even though he didn't have a bride in mind. Friends and family helped Weinlick as the date approached, shooting a commercial and placing advertisements. They eventually narrowed the field to two dozen women. Runze, known as Bethy, stood out because she was willing to work on a relationship.

"They came together not knowing anything about each other," Fletcher said. He said the couple's marriage lasted so long because they knew how to "really appreciate the unique and amazing things about each other."

Bethy Weinlick quit her job as a nurse soon after her husband's cancer diagnosis. David Weinlick had left work for the state Democratic-Farmer-Labor party years earlier. The couple had four children.

"How lucky am I that I was chosen to be with this person. I mean, that was incredible. Because it did, it started my life on this whole different trajectory," Bethy Weinlick told WCCO-TV of Minneapolis in an interview Tuesday. "And I'd do it all over again in a heartbeat, even with this ending."

The Mall of America issued a statement Tuesday saying the Weinlicks have "become our friends. Like so many others, we feel the pain of the loss of David, but will always treasure his memory."

After David Weinlick's cancer diagnosis, the couple renewed their wedding vows at the mall last August. The ceremony also served as a fundraiser for the Angel Foundation, which supports families coping with cancer.

The mall plans to host another fundraiser for the Angel Foundation on June 13, the couple's 20th wedding anniversary, and is planning a way to permanently honor David Weinlick.