Once Weinstein is sentenced, he’ll be transferred from the city’s jail system to the state prison system

With prosecutors seeking a severe punishment for Harvey Weinstein in his landmark #MeToo case, his lawyers argued on Monday that he deserves mercy for his already "historic fall from grace" and serious health issues.

In a letter filed in advance of Weinstein’s sentencing on Wednesday for his New York City rape conviction, his defense team asked Judge James Burke to give him to only five years behind bars — a far cry from the potential 29-year maximum term allowed by law.

A man who was once admired for putting part of his fortune into charitable causes during his rise to one of Hollywood's most powerful producers now "cannot walk outside without being heckled," the papers say. "He has lost his means to earn a living. Simply put, his fall from grace has been historic, perhaps unmatched in the age of social media."

Even if the ailing 67-year-old defendant is given a lesser term, "the grave reality is that Mr. Weinstein may not even outlive that term" making it "a de facto life sentence," the papers say. 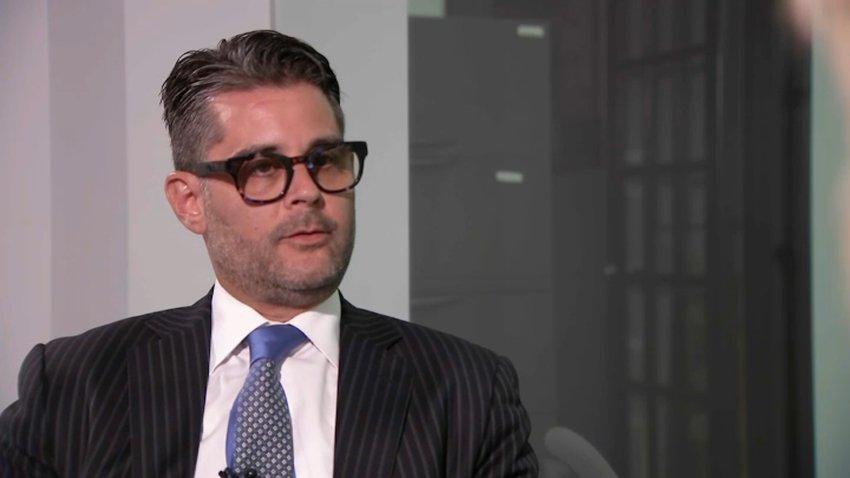 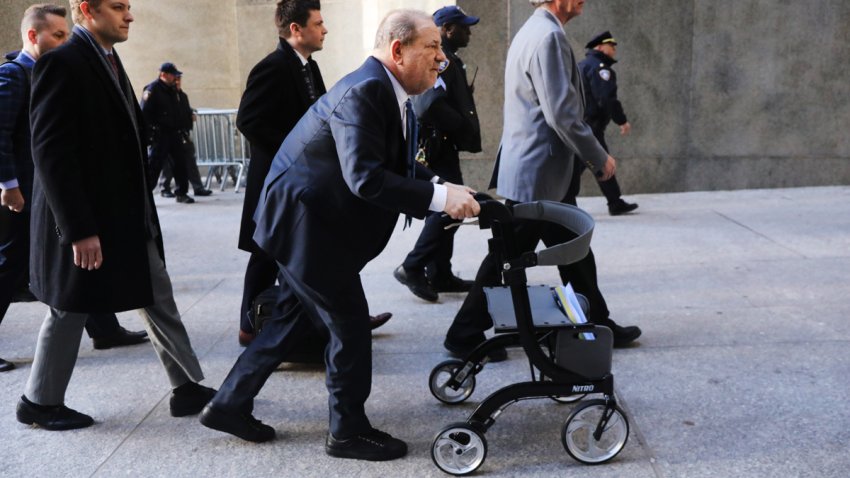 Harvey Weinstein Being Moved to Rikers Despite Bid to Stay at Bellevue, Sources Say

From the start, Weinstein’s use of a walker to get in and out of court each day at his trial raised questions about his health. After his Feb. 24 conviction, he was sent to Bellevue Hospital amid concerns about high blood pressure and heart palpitations for more than a week before being transferred late last week in an infirmary on the notorious Riker Island jail complex.

In addition to the heart issues, Weinstein’s lawyers have said he was also dealing with the ramifications of unsuccessful back surgery stemming from a car crash last summer and a condition that requires shots in his eyes so he does not go blind.

In their own filing last week, prosecutors detailed a litany of allegations starting with a claim by a woman that she woke up in the middle of the night in a Buffalo, New York, hotel room in 1978 to find Weinstein on top of her and "forcing himself sexually on her." They said it fit a pattern that continued for decades: Weinstein getting young women alone in hotel rooms and other settings before sexually attacking them, often while trying to trick them into thinking it was a path to stardom.

The judge had told potential jurors during jury selection that the trial "was not a referendum on the #metoo movement" and to consider only the specific allegations contained in the charges. But prosecutors said that by law, Burke is allowed "to consider all aspects of a defendant’s life and characteristics" and a "broad spectrum of information" in considering a proper sentence.

On the same day his trial began in New York, the L.A. County District Attorney announced Monday that it had filed criminal charges against film producer Harvey Weinstein in connection with two instances of sexual assault.

Based on "a lifetime of abuse toward others, sexual and otherwise," the judge should impose a sentence that "reflects the seriousness of the defendant’s offenses" and punishes him for "his total lack of remorse for the harm he has done," prosecutors wrote.

Judges often run sentences concurrently, meaning a defendant can serve both sentences at the same time.

At Weinstein’s sentencing hearing, his accusers will again get a chance to confront him in court, and the former producer will be afforded another opportunity to speak. He declined to testify on his behalf at his trial, but at sentencing he wouldn’t have to worry about getting grilled by the prosecution like he would’ve on cross-examination.

Once Weinstein is sentenced, he’ll be transferred from the city’s jail system to the state prison system. There, he will undergo a thorough evaluation, including a comprehensive medical review, to determine which facility is best for his physical and security needs.