Eager to project a sense of normalcy in imagery, Trump soaked up the raucous cheers inside a Nevada warehouse

In open defiance of state regulations and his own administration’s pandemic health guidelines, President Donald Trump on Sunday hosted his first indoor rally since June, telling a packed, nearly mask-less Nevada crowd that the nation was “making the last turn” in defeating the virus.

Eager to project a sense of normalcy in imagery, Trump soaked up the raucous cheers inside a warehouse. Relatively few in the crowd wore masks, with one clear exception: Those in the stands directly behind Trump, whose images would end up on TV, were mandated to wear face coverings.

Not since a rally in Tulsa, Oklahoma, that was blamed for a surge of coronavirus infections has he gathered supporters indoors. There was no early mention from the president that the pandemic had killed nearly 200,000 Americans and was still claiming 1,000 lives a day.

“We are not shutting the country again. A shutdown would destroy the lives and dreams of millions Americans,” said Trump, before using his inflammatory moniker for the coronavirus. “We will very easy defeat the China virus.”

After audio tapes were released this week of President Donald Trump admitting to publicly downplaying the severity of the coronavirus, the president continued to falsely equate COVID-19 with the flu and defended his handling of the pandemic, saying, “I don’t want to start jumping up and down and screaming, ‘Death! Death!’”

The rally in Tulsa, which was his first in three months after the coronavirus reached American shores, was a disaster for the campaign, a debacle that featured a sea of empty seats and a rise in COVID-19 cases, including on his own staff. One prominent Trump supporter at the rally, businessman and former presidential candidate Herman Cain, died of COVID-19 weeks later, though it was not clear if he contracted the virus in Tulsa.

Recognizing that many supporters were uncomfortable to gather in a large group indoors, where the virus spreads more easily, the Trump campaign shifted to holding smaller, outdoor rallies, usually at airplane hangers. But those rallies have grown in size in recent weeks, with little social distancing and few masks.

And on Sunday, they returned indoors, in part as a nod to the Las Vegas-area heat. Temperature checks were given to all upon entrance at the industrial site in Henderson and while masks were encouraged, few wore them.

Nevada Gov. Steve Sisolak, a Democrat, has limited in-person gatherings indoors and outdoors to 50 people since May, a recommendation based on White House reopening guidelines. In a statement released just before the rally began, Sisolak said Trump was “taking reckless and selfish actions that are putting countless lives in danger here in Nevada.”

NIAID Director Dr. Anthony Fauci says as we do more indoor things in the Fall, we are likely to see an uptick in COVID-19.

“To put it bluntly: he didn’t have the guts to make tough choices,” Sisolak said of Trump’s handling of the virus. “He left that to governors and the states. Now he’s decided he doesn’t have to respect our State’s laws. As usual, he doesn’t believe the rules apply to him.”

The city of Henderson informed Xtreme Manufacturing on Sunday that the event as planned was in direct violation of the governor’s COVID-19 emergency directives and that penalties would follow. The Trump campaign pushed back against the restrictions with the president saying he would support those in attendance “if the governor came after you."

“If you can join tens of thousands of people protesting in the streets, gamble in a casino, or burn down small businesses in riots, you can gather peacefully under the 1st Amendment to hear from the President of the United States,” campaign communications director Tim Murtaugh said.

To this point, the campaign has not been played out as a choice election between Trump and his Democratic opponent, Joe Biden, but rather a referendum on the president’s handling of the coronavirus. By wide margins, Americans have disapproved of Trump’s leadership, as the United States has suffered more deaths than any other nation.

Responding to interviews quoted in a new book from Bob Woodward, President Trump admits he downplayed the threat posed by COVID-19, saying he wanted to avoid "panic."

Therefore, the president’s campaign believes it needs to change the subject and project the sense, despite evidence otherwise, that the pandemic was winding down and that a vaccine was on the horizon. Part of the plan: create images of normalcy, like the packed White House lawn for Trump’s convention speech, though it was unclear if viewers were reassured or frightened.

In a rambling, hourlong speech, Trump mused on mandatory prison sentences for flag burning, praised various UFC fighters in attendance and appeared to endorse extradjudicial killings for those who target police officers. And Trump unleashed a series of attacks on Biden, labeling him a him a tired career politician and declaring him “unfit to be president.”

The crowd answered with a deafening “We love you” chant.

The rally came the night before Trump was to travel to California to receive a briefing on the devastating wildfires racing through the region. He has largely been silent on the blazes that have claimed dozens of lives in Oregon and California.

Earlier Sunday, Trump aimed for further inroads with Latinos who could prove vital in closely contested states that could determine the White House race, promoting economic gains they made before the coronavirus pandemic.

Though Trump has made scores of inflammatory and derogatory comments about Latinos, his campaign is growing confident that he has won some support that could help in Florida, Arizona and Nevada, his target this weekend,

Winning support from Latinos has been an uphill climb for Trump, whose hard-line immigration policies and sometimes virulent depiction of immigrants have alienated many Hispanics. 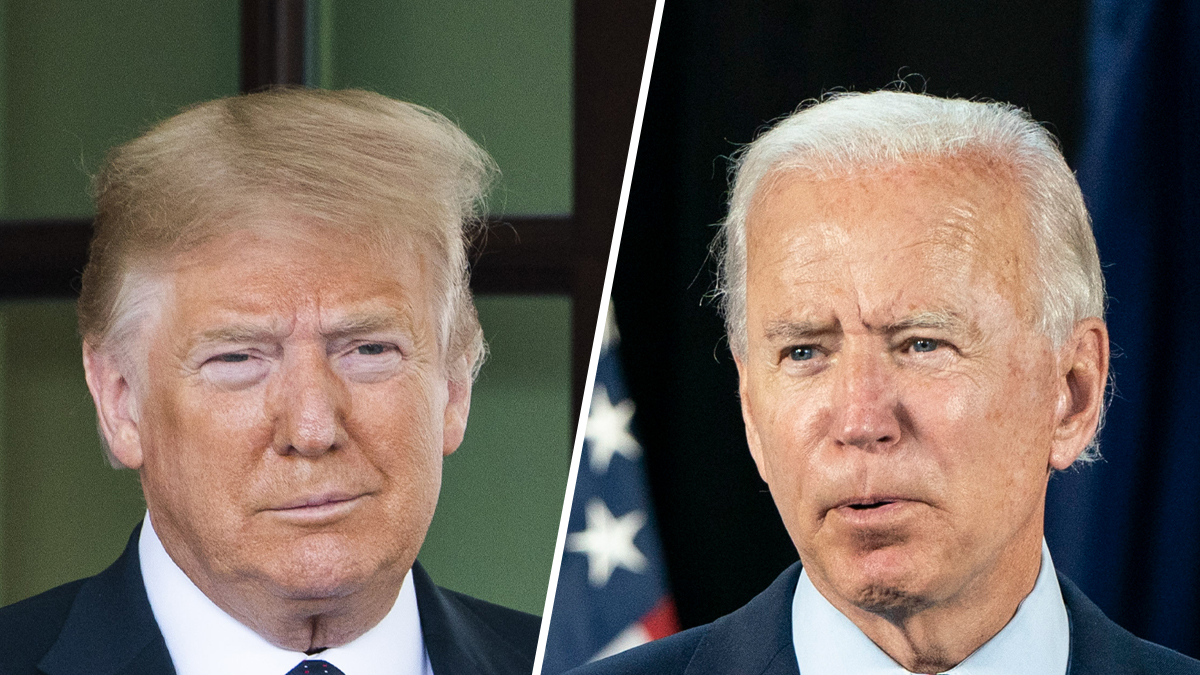 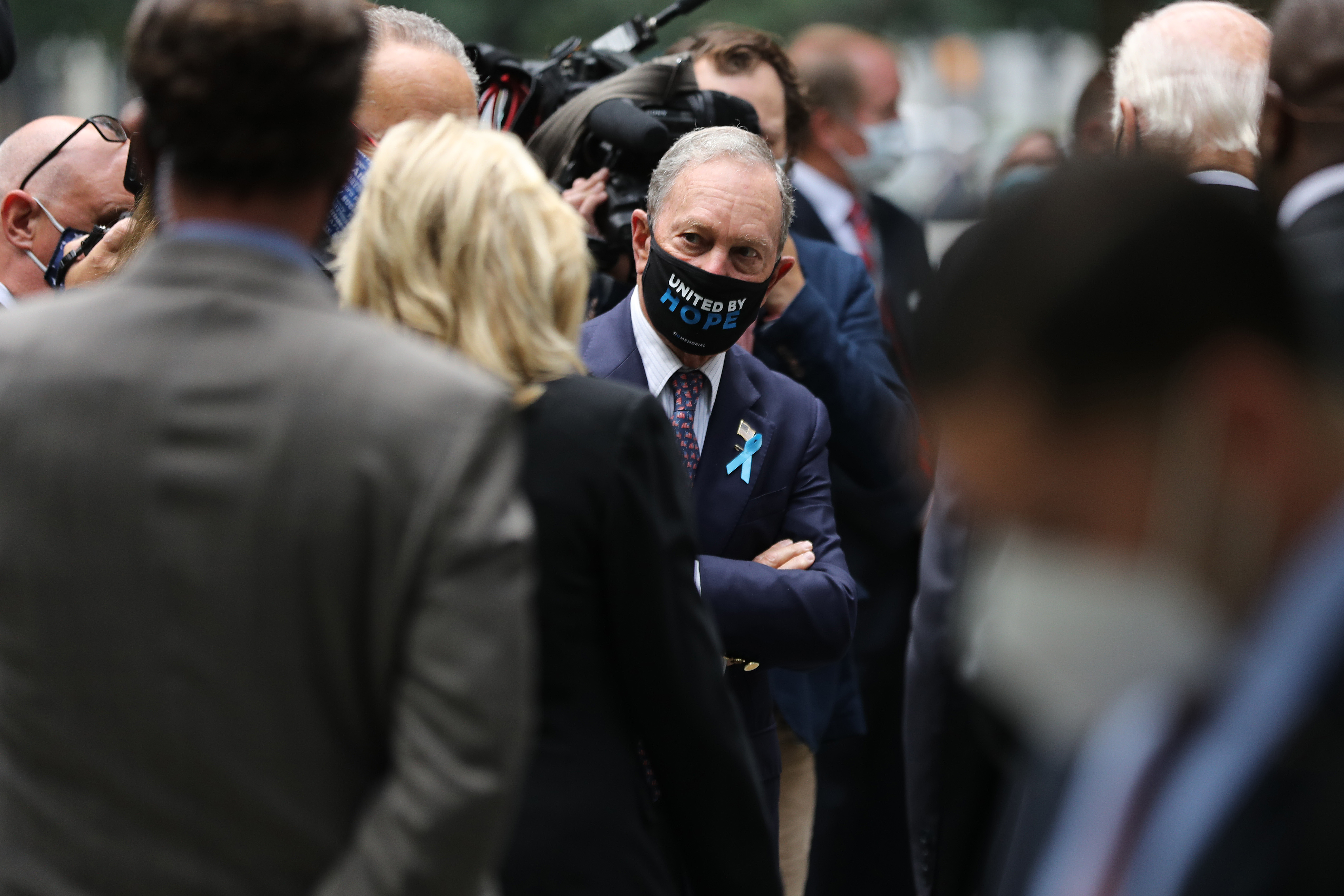 Bloomberg to Spend at Least $100M to Help Biden in Florida

In the first moments of his 2016 campaign, he declared that many Mexican immigrants were “rapists.” He has drawn criticism for his tepid response to a hurricane that ravaged Puerto Rico, his polices to separate children from their families at the U.S.-Mexico border and his efforts to dismantle an Obama-era program that allows young immigrants living in the country illegally who were brought here as children to remain in the U.S.

“They understand the situation at the southern border. They want people to come in, and so do I, but they want them to do it legally,” Trump told a small group of supporters in Las Vegas. “While Joe Biden has failed, I have delivered for Latinos.”

There is increasing concern about Democrats that their nominee, the former vice president, has not done enough to court Latino voters. His running mate, California Sen. Kamala Harris, did little to sway Florida’s booming and politically influential Latino population during a stop there this past week. Biden has not set foot in Arizona or Nevada during the general election campaign, which he has mainly conducted virtually because of the coronavirus.

Trump tailored his pitch to Latinos on Sunday, noting their low unemployment rate before COVID-19 reached American shores and affirming his anti-abortion stance. He again hammered home his recent push on law and order, saying that recent violence in American cities endangered Latinos. He was set to hold a similar event in Arizona on Monday.