The latest news on the 2020 presidential election
Kamala Harris

The daughter of Jamaican and Indian immigrants, Harris has shone in key moments before

Kamala Harris accepted the Democratic nomination for vice president on Wednesday, cementing her place in history as the first Black woman and Indian American on a major party ticket and promising she and Joe Biden will rejuvenate a country ravaged by a pandemic and riven by racial and partisan divides.

In an address capping the third night of the virtual Democratic National Convention, the California senator evoked the lessons of her late mother, Shyamala Gopalan, a biologist and Indian immigrant, saying she instilled in her a vision of “our nation as a beloved community — where all are welcome, no matter what we look like, where we come from or who we love.”

“In this election, we have a chance to change the course of history,” Harris said. “We’re all in this fight.”

Mixing a former prosecutor’s polish with the deeply personal, Harris also spoke of her Jamaican father and getting a ”stroller’s eye view” of the civil rights movement as her parents protested in the streets in the 1960s.

“There is no vaccine for racism,” Harris said. “We have got to do the work.”

Watch former President Barack Obama deliver his full address during the third night of the 2020 Democratic National Convention. Footage provided is a mixed feed and is a joint effort by the pool and the DNCC.

Harris addressed a party that has staked its future on bringing together a racially diverse coalition of voters. She was preceded in the convention program by Barack Obama, meaning the nation’s first Black president introduced the woman trying to be the first Black person to hold the vice presidency. Obama said Harris was an “ideal partner” for Biden and was “more than prepared for the job.”

Harris is a former district attorney and California state attorney general. She promised to speak “truths” to the American public. She said she and Biden, who tapped her as his running mate last week, believe in a country where “we may not agree on every detail, but we are united by the fundamental belief that every human being is of infinite worth, deserving of compassion, dignity and respect.”

Democrats hope Harris can galvanize their party’s faithful — who are divided between progressive and moderate wings — and win over swing voters still deciding between Biden and Trump. But she also was introducing herself to a national audience that may not have been paying close attention to the race until now.

“For somebody with her wealth of background and experience, she’s still fresh. She’s still new,” said Ohio Rep. Marcia Fudge, a former chair of the Congressional Black Caucus who endorsed Harris’ 2020 presidential primary run before throwing her support behind Biden in March.

Watch the best moments from the third night of the 2020 Democratic National Convention. Footage provided is a mixed feed and is a joint effort by the pool and the DNCC.

Harris spoke at a convention center in Biden’s home state of Delaware that was empty except for socially distanced reporters and a few campaign staffers. She was introduced by her sister, Maya, her niece Meena and Ella Emhoff, her stepdaughter who calls her “Momala.” At the end of her speech, Biden walked out to join her from a distance and both were soon joined by their spouses.

In sweeping remarks that touched on the legacy of Black women who paved the way for this moment, Harris noted that this week marks the 100th anniversary of the 19th Amendment, which gave women the right to vote. Except that right, Harris said, came much later for most Black women, who helped secure that victory yet were still prohibited from voting.

“Without fanfare or recognition, they organized, testified, rallied, marched, and fought — not just for their vote, but for a seat at the table,” Harris said. “We’re not often taught their stories. But as Americans, we all stand on their shoulders.”

Harris also blistered Trump, something she’s expected to do frequently as she campaigns with Biden in the coming months — though in-person events may remain impossible as the coronavirus rages. She recalled her days in the courtroom when she would declare “Kamala Harris for the people,” reviving a slogan from her presidential campaign, while noting, “I know a predator when I see one.” She didn’t mention the president by name then but didn’t spare him later. 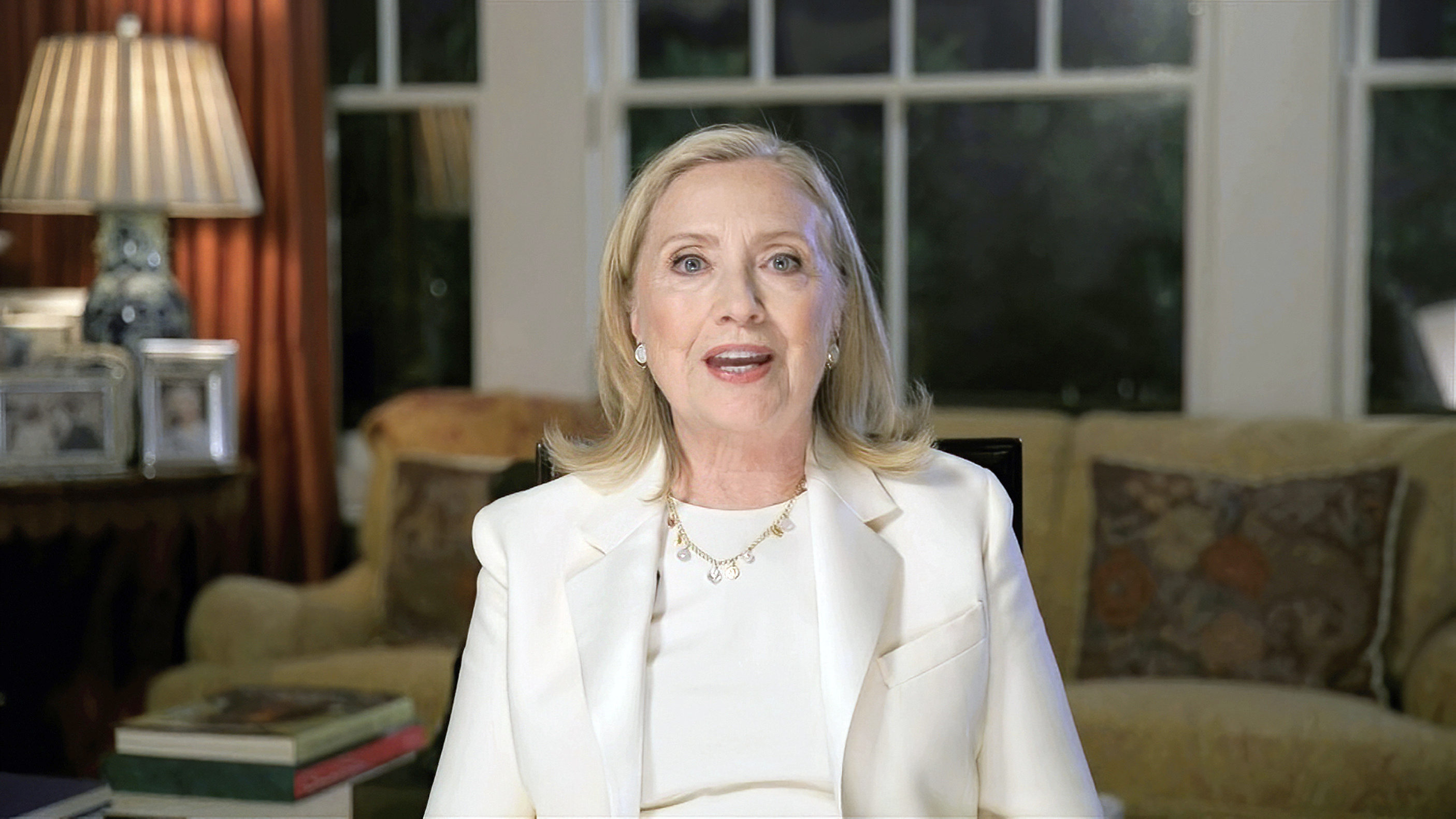 ‘The Best We Can Do': DNC Viewers Adjust to Virtual Format

The Biden campaign is hoping Harris can excite young voters and people of color, especially after months of protests over institutional racism and police brutality that swept the country. She’s known for her tough questioning in the Senate, particularly during confirmation hearings of two Trump nominees, Brett Kavanaugh for Supreme Court justice and William Barr for attorney general. She also caused a stir by broadsiding Biden during a primary debate last summer over his opposition to busing in the 1970s to integrate public schools.

But things didn’t always go smoothly. Harris launched her presidential bid with expectations that she would electrify the field, only to see her campaign struggle to find a consistent message and fizzle months before the first votes were cast.

Some voters are paying particularly close attention to Harris because she could be called upon to step into the role of party standard-bearer as soon as 2024, should Biden — who will be 81 by then — opt not to seek a second term. Biden hasn’t expressly said he’d serve just a single term, but he has talked about being a bridge to a new generation.

Watch former Secretary of State Hillary Clinton deliver her full address during the third night of the 2020 Democratic National Convention. Footage provided is a mixed feed and is a joint effort by the pool and the DNCC.

Harris said her mother instilled in her and her sister values that charted the course of their lives.

The campaign is deeply personal for Harris in others ways, too. She spoke Wednesday of her friendship with the former vice president’s son Beau, who died of brain cancer in 2015. He and Harris became close while both were state attorneys general.

“I knew Joe as vice president. I knew Joe on the campaign trail,” she said. “But I first got to know Joe as the father of my friend.”

Watch former Congresswoman Gabrielle Giffords’ full address during the third night of the 2020 Democratic National Convention. Footage provided is a mixed feed and is a joint effort by the pool and the DNCC.

Weissert reported from Washington and Stafford from Detroit.