With 100,000 Russian troops amassed near the Ukrainian border, many fear Moscow is preparing to invade

U.S. Secretary of State Antony Blinken warned Friday that a weekslong standoff over Ukraine is at a “critical moment,” as he headed into talks with his Russian counterpart amid rising concerns that Europe could again be beset by war.

Blinken and Russian Foreign Minister Sergey Lavrov lowered expectations ahead of the meeting in Geneva, with each saying in his own way that the talks were only one step.

With 100,000 Russian troops amassed near the Ukrainian border, many fear Moscow is preparing to invade — and the U.S. and its allies are scrambling to present a united front to hopefully prevent that or coordinate a response if they can't.

“We don’t expect to resolve our differences here today. But I do hope and expect that we can test whether the path of diplomacy or dialogue remains open," Blinken told Lavrov. “This is a critical moment.”

Lavrov, meanwhile, said he did not “expect a breakthrough at these negotiations either. What we expect is concrete answers to our concrete proposals.” Moscow has demanded concessions from NATO over the western alliance's relationship with Ukraine, a former Soviet republic.

Washington and its allies have repeatedly promised “severe” consequences such as biting economic sanctions — though not military action — against Russia if an invasion goes ahead.

Blinken repeated that warning Friday. He said the U.S. and its allies were committed to diplomacy, but were also committed, “if that proves impossible, and Russia decides to pursue aggression against Ukraine, to a united, swift and severe response."

Short of an all-out invasion, Russian President Vladimir Putin could take less dramatic action in Ukraine that would vastly complicate a U.S. and allied response. He might carry out what President Joe Biden called a “minor incursion” — perhaps a cyberattack — leaving the U.S. and Europe divided on the type and severity of economic sanctions to impose on Moscow and ways to increase support for Kyiv.

Biden drew widespread criticism for saying Wednesday that retaliating for Russian aggression in Ukraine would depend on the details. “It’s one thing if it’s a minor incursion and then we end up having a fight about what to do and not do,” he said.

Biden and top administration officials worked Thursday to clean up his comments. Biden stressed that if “any assembled Russian units move across the Ukrainian border, that is an invasion” and it would be met with a “severe and coordinated economic response.”

President Joe Biden said Wednesday that Russia would face stiff economic and military consequences from the U.S. and NATO leaders if it were to invade Ukraine. “Militarily they have overwhelming superiority [over] Ukraine, but they’ll pay a stiff price immediately, near term, medium term and long term if they do it.”

Complaints came quickly that Biden had made clear to Putin where and how to drive a wedge between the U.S. and its European allies, by using only a portion of the large military force he has assembled near Ukraine's borders to take limited action. Russian officials have said they have no intention of invading Ukraine, but the deployment of a large combat force along its borders, estimated at 100,000 troops, has created fear of a crippling land war.

“Deeply troubling and dangerous,” Rep. Liz Cheney, a Wyoming Republican and a crucial ally of Democrats on some issues, tweeted about Biden's remark.

“A greenlight for Putin,” said Republican Rep. Mike Garcia of California, one of many to use that phrase.

Among the possibilities for limited Russian military action: Putin could move much of the Russian ground force away from the border but further bolster the separatists who control the Donbas region of eastern Ukraine. That conflict has killed more than 14,000 people in nearly eight years of fighting. 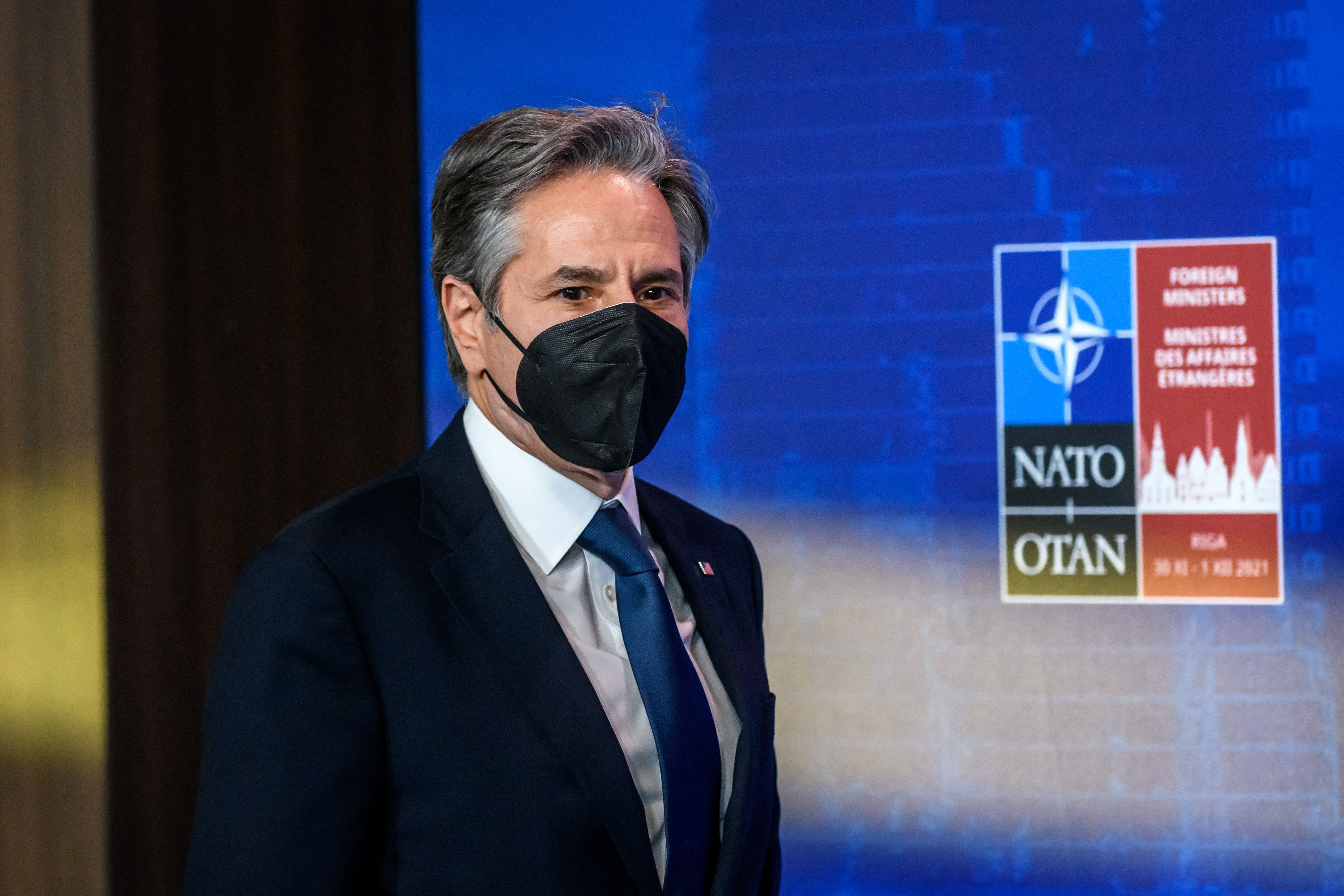 US, Allies Pledge Unity on Russia; to Do What Isn't as Clear

Biden noted Thursday that “Russia has a long history of using measures other than overt military action to carry out aggression — paramilitary tactics, so-called gray zone attacks and actions by Russian soldiers not wearing Russian uniforms.”

European allies largely have been united with the United States in demanding that Putin not move farther into Ukrainian territory and promising a tough response if he does. But the allies appear not to have united on what political and financial penalties to enact, or even what would trigger a response.

Biden on Wednesday said that coordinating a sanctions strategy is further complicated by the fact that penalties aimed at crippling Russian banking would also have a negative effect on the economies of the United States and Europe.

“And so, I got to make sure everybody is on the same page as we move along,” he said.