White House: US Has Capacity to Evacuate Remaining Americans

The United States has the capacity to evacuate the approximately 300 U.S. citizens remaining in Afghanistan who want to leave before President Joe Biden's Tuesday deadline, senior Biden administration officials said Sunday, as another U.S. drone strike against suspected Islamic State militants underscored the grave threat in the war's final days.

“This is the most dangerous time in an already extraordinarily dangerous mission these last couple of days,” America’s top diplomat, Secretary of State Antony Blinken, said not long before confirmation of that airstrike in Kabul, the capital.

The evacuation flow of Americans kept pace even as a new State Department security alert, issued hours before the military action, instructed people to leave the airport area immediately “due to a specific, credible threat.”

Biden's national security adviser, Jake Sullivan, said that for those U.S. citizens seeking immediately to leave Afghanistan by the looming deadline, “we have the capacity to have 300 Americans, which is roughly the number we think are remaining, come to the airport and get on planes in the time that is remaining. We moved out more than that number just yesterday. So from our point of view, there is an opportunity right now for American citizens to come, to be admitted to the airport and to be evacuated safely and effectively.”

Sullivan said the U.S. does not currently plan to have an ongoing embassy presence after the final U.S. troop withdrawal. But he pledged the U.S. “will make sure there is safe passage for any American citizen, any legal permanent resident” after Tuesday, as well as for “those Afghans who helped us.” But untold numbers of vulnerable Afghans, fearful of a return to the brutality of pre-2001 Taliban rule, are likely to be left behind.

Blinken said the U.S. was working with other countries in the region to either keep the Kabul airport open after Tuesday or to reopen it “in a timely fashion.”

He also said that while the airport is critical, “there are other ways to leave Afghanistan, including by road and many countries border Afghanistan.” The U.S., he said, is “making sure that we have in place all of the necessary tools and means to facilitate the travel for those who seek to leave Afghanistan" after Tuesday. 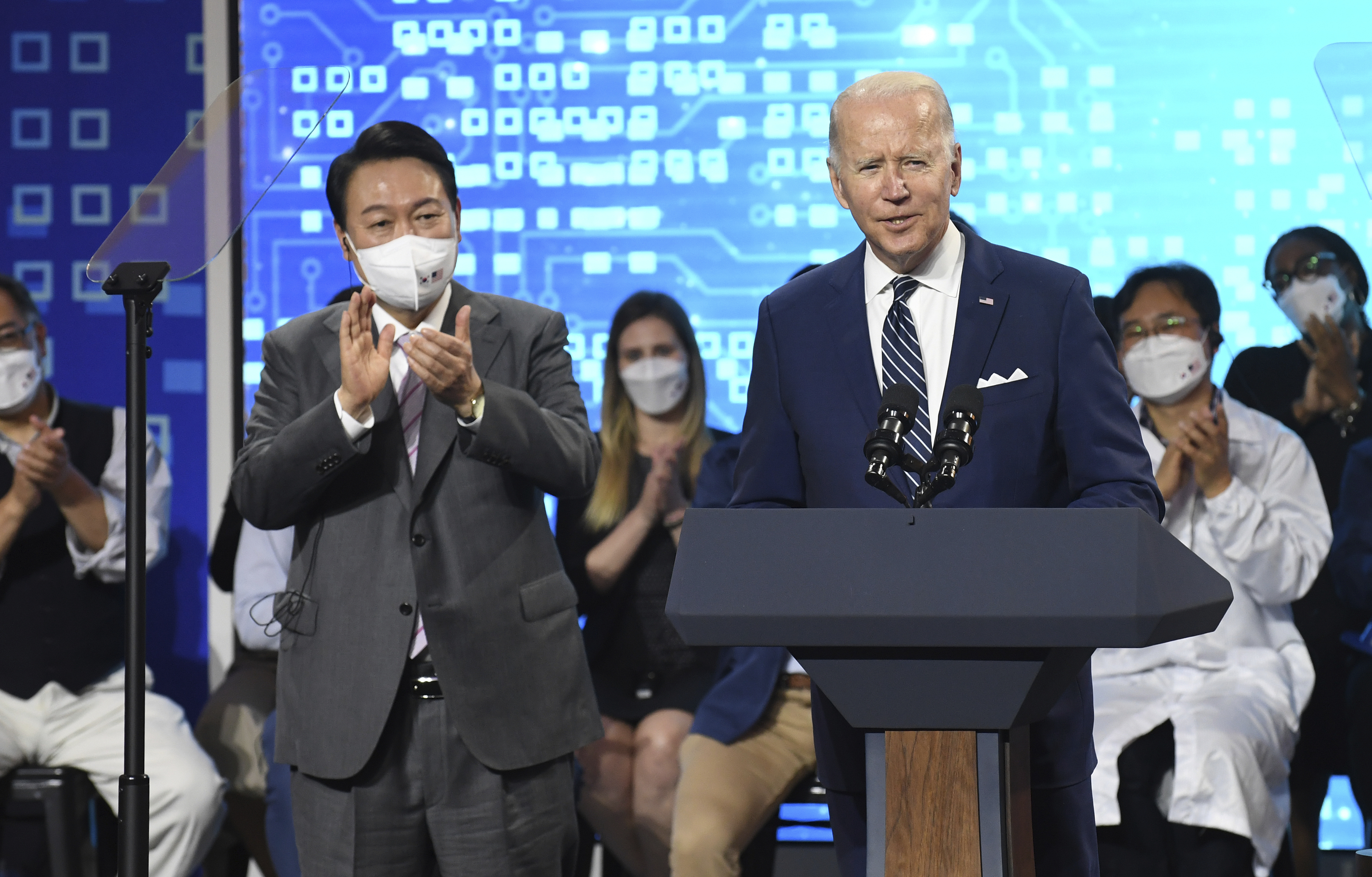 US, SKorea Open to Expanded Military Drills to Deter North

There also are roughly 280 others who have said they are Americans but who have told the State Department they plan to remain in the country or are still undecided. According to the latest totals, about 114,000 people have been evacuated since the Taliban takeover on Aug. 14, including approximately 2,900 on military and coalition flights during the 24 hours ending at 3 a.m. on Sunday.

Members of Congress criticized the chaotic and violent evacuation.

“We didn’t have to be in this rush-rush circumstance with terrorists breathing down our neck,” said Sen. Mitt Romney, R-Utah. "But it’s really the responsibility of the prior administration and this administration that has caused this crisis to be upon us and has led to what is without question a humanitarian and foreign policy tragedy.”

Senate Republican leader Mitch McConnell of Kentucky said the U.S. policy in Afghanistan, with 2,500 troops on the ground, had been working. “We were, in effect, keeping the lid on, keeping terrorists from reconstituting, and having a light footprint in the country,” he said.

U.S. officials said the American drone strike hit a vehicle carrying multiple Islamic State suicide bombers, causing secondary explosions indicating the presence of a substantial amount of explosive material. A senior U.S. official, said the military drone fired a Hellfire missile at a vehicle in a compound between two buildings after individuals were seen loading explosives into the trunk.

The official said there was an initial explosion caused by the missile, followed by a much larger fireball, believed to be the result of the substantial amount of explosives inside the vehicle. The U.S. believes that two Islamic State group individuals who were targeted were killed. In a statement, U.S. Central Command said it is looking into the reports of civlian casualties that may have been caused by the secondary explosions. An Afghan official said three children were killed in the strike. The officials spoke on condition of anonymity to discuss military operations.

It was the second airstrike in recent days the U.S. has conducted against the militant group, which claimed responsibility for the suicide bombing Thursday at the Kabul airport gate that killed 13 U.S. service members and scores of Afghans struggling to get out of the country and escape the new Taliban rule. The Pentagon said a U.S. drone mission in eastern Afghanistan killed two members of IS' Afghanistan affiliate early Saturday local time in retaliation for the airport bombing.

In Delaware, Biden met privately with the families of the American troops killed in the suicide attack, and solemnly watched as the remains of the fallen returned to U.S. soil from Afghanistan. First lady Jill Biden and many of the top U.S. defense and military leaders joined him on the tarmac at Dover Air Force Base to grieve with loved ones as the “dignified transfer” of remains unfolded, a military ritual for those killed in foreign combat.

Sullivan said earlier that the U.S. would continue strikes against IS and consider “other operations to go after these guys, to get them and to take them off the battlefield.” He added: “We will continue to bring the fight to the terrorists in Afghanistan to make sure they do not represent a threat to the United States.

In a joint statement, the U.S. and about 100 other nations said they are committed to ensuring that their citizens, employees, Afghans and others at risk will be able to travel freely from Afghanistan. The statement said the Taliban have made assurances that “all foreign nationals and any Afghan citizen with travel authorization from our countries will be allowed to proceed in a safe and orderly manner to points of departure and travel outside the country.”

The 13 service members were the first U.S. troops killed in Afghanistan since February 2020, the month the Trump administration struck an agreement with the Taliban in which the militant group halted attacks on Americans in exchange for a U.S. agreement to remove all troops and contractors by May 2021. Biden announced in April that the 2,500 to 3,000 troops who remained would be out by September, ending what he has called America’s forever war.

With Biden’s approval, the Pentagon this month sent thousands of additional troops to the Kabul airport to provide security and to facilitate the State Department’s chaotic effort to evacuate thousands of Americans and tens of thousands of Afghans who had helped the United States during the war. The evacuation was marred by confusion and chaos as the U.S. government was caught by surprise when the Afghan army collapsed and the Taliban swept to power Aug. 15.

The White House has rescheduled Biden's meeting with Ukraine's president, Volodymyr Zelenskyy, from Monday to Wednesday as the U.S. pullout from Afghanistan enters its tense final hours.

Sullivan appeared on CBS' “Face the Nation,” CNN's “State of the Union” and “Fox News Sunday.” Blinken was interviewed on ABC's “This Week” and NBC's “Meet the Press.” McConnell was on Fox and Romney was on CNN.

Associated Press writers Matthew Lee and Hope Yen in Washington and Aamer Madhani at Dover Air Force Base, Delaware, contributed to this report.