It’s gotten harder to find glaciers suitable for training, so athletes need to search for new locales — or even head indoors

Ski racers settling into the start gate for Alpine World Cup events in the Rocky Mountains in early December squinted through sunshine that carried the temperature toward 50 degrees and glanced down at a course covered with pristine — and manufactured — snow.

If they looked up and across the way, beyond the finish line, they saw adjacent hills that were brown and barren as can be, with nary a trace of powder or any indication that this was a setting for athletes who would be heading to the Beijing Olympics that begin Feb. 4.

It is a troubling reality and — given their own reliance on the production of snow, continent-hopping flights powered by diesel fuel and other environment-unfriendly offshoots of their careers — hard-to-reconcile push-and-pull for many of those who will be competing in Alpine skiing or freestyle skiing or snowboarding or Nordic combined events or other outdoor sports that helped put the disappearing “Winter” in Winter Olympics.

"Climate change is here. It’s happening. We’re living in it right now. It’s not something that’s going to be in the distant future. It’s here,” said Travis Ganong, a 33-year-old from California going to China with the U.S. ski team. "And you see it with the fires in California, floods in Europe, higher snow levels, shorter winters, longer summers, droughts. It runs the whole gamut. Everywhere in the world is having some effect from it. And there’s not really any turning back.

“Selfishly, I hope winters are here in the future," he said. "But it’s not looking good.” 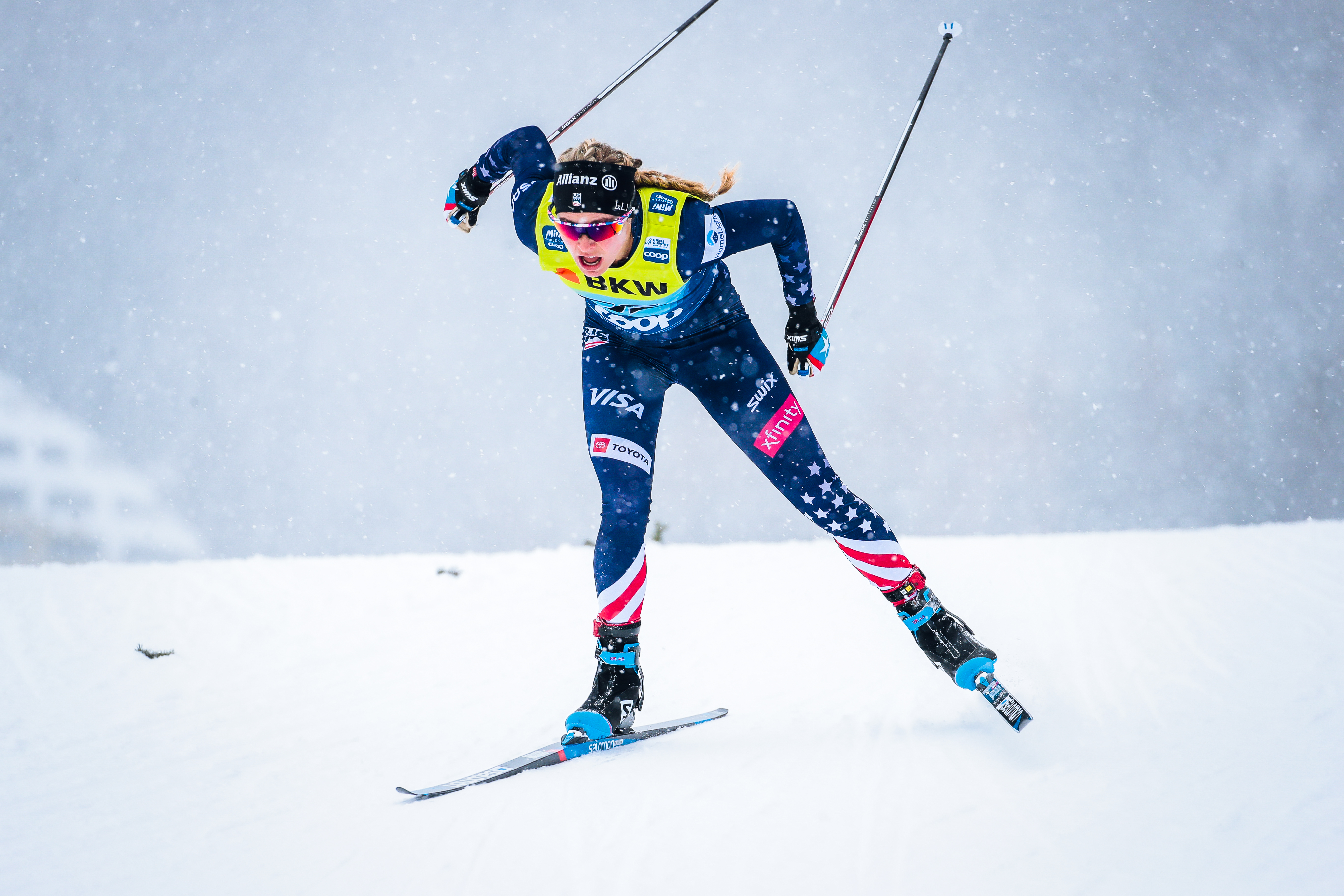 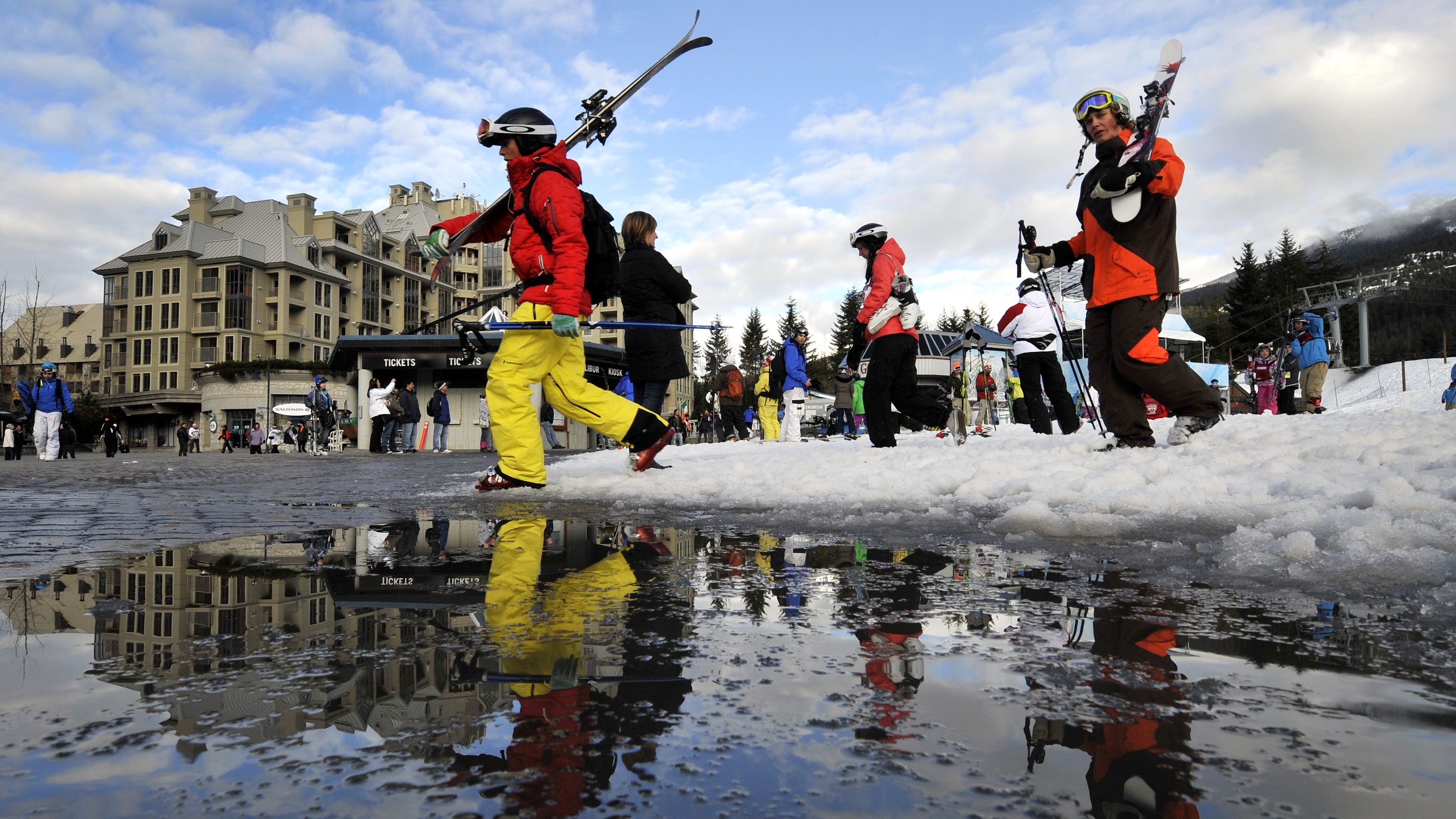 Global warming is altering, and endangering, his and other sports, perhaps permanently, and not just at the elite level. It affects folks who just want to ski or snowboard for fun and those who make a living from places offering such activities.

And, well, everyone on the planet, of course, because this affects far more than sports, of course.

Just one example: In December, Colorado set a record that stood since the 1880s for most consecutive days without snow. After warm temperatures and just an inch of snowfall by Dec. 30, wind-fueled wildfires destroyed hundreds of homes in the state.

The last eight years rank as the eight hottest on record for Earth, according to two U.S. science agencies, NASA and the National Oceanic and Atmospheric Administration.

“The glaciers are receding. The winter is starting later and ending sooner,” said John Kucera, the 2009 world champion in downhill who now is a coach for Canada’s Alpine team. “For a sport like ours, we might pay for it sooner than some others. We are dependent on the climate and the weather and that dictates what we’re able to do.”

The fallout is widespread.

It’s harder to find glaciers suitable for training, so athletes need to search for new locales — or even head indoors. It’s harder to hold World Cup events, because too much wind or too much snow or too little snow leads to postponements or cancellations.

It’s harder to find real snow anywhere, so competition increasingly comes on machine-made snow, which has its own deleterious effects on the environment. While the high speeds, steep inclines and sharp angles make danger a constant presence in Alpine skiing, no matter what sort of stuff is underfoot, injury-causing crashes are increasingly common in Nordic skiing and biathlon because the snow created by people produces harder, slicker tracks.

“We definitely have noticed a lack of snow everywhere. Places that, in December, November, used to be ‘winter wonderlands,’ we’re seeing them with less and less snow. And some years, they’re not getting any snow,” said Taylor Fletcher, who grew up in Colorado, is based in Utah, and made his fourth Olympic team in Nordic combined.

“I’m no meteorologist,” Italy’s Marta Bassino, last season’s World Cup giant slalom discipline winner, said with a chuckle, “but I see it with my eyes.”

Alexis Pinturault, a three-time Olympic medalist for France, recalls hitting the slopes at Tignes in his country’s Alps 20 years ago, but notes “it’s nearly impossible to ski there anymore.” U.S. aerials skier Winter Vinecki remembers an event in Belarus where, instead of a season-appropriate setting, she competed amid water puddles. Explains Taylor Gold, an American snowboarder who is part of Protect Our Winters, an athlete-driven environmental group: “The absolute ideal scenario would be to have a halfpipe made entirely of natural snow, but that’s just never possible anymore.”

Here are five athletes to keep an eye on at the 2022 Winter Olympics in Beijing.

A study recently published in “Current Issues in Tourism” projected that without a dramatic reduction of global emissions of greenhouse gases, only one of the previous 21 Winter Olympics sites would be able to reliably provide fair and safe conditions by the end of this century.

Researchers from Austria, Canada and the U.S. determined that even with emissions on the lower end of the scale, just three of 12 European cities that have hosted the Winter Olympics would be a reliable site by the 2050s.

“Part of what we do papers like this for is to get the message out that we have a large influence ... and so, if we act, (there is) hope of avoiding those worst-case scenarios," said Daniel Scott, a professor at the University of Waterloo who co-authored the study, “Climate change and the future of the Olympic Winter Games: athlete and coach perspectives.”

“People are going to have to hold their elected officials accountable,” Scott said, "because I pledge to lose weight every New Year’s Eve — and that doesn’t always pan out.”

The International Olympic Committee says it will contractually obligate future hosts to be climate positive. The Beijing Olympics are supposed to be climate neutral; all venues are expected to be powered by renewable energy, and four ice rinks will use natural CO2 technology for cooling, replacing the hydrofluorocarbons that do more damage to the ozone.

Wyoming rancher Tom Johnston is overseeing the shaping of manufactured snow into Alpine courses in Beijing's mountains, which might be chilly but are missing real flakes. He has his own concerns about both of his pursuits: prepping ski slopes and, back home, producing alfalfa.

He deals with warmer-and-later-than-they-used-to-be winters in Colorado and Vermont that make staging World Cup races a challenge — and with drought conditions that affect his farm.

“There’s going to be problems," said Johnston, who wonders whether the dates of future Olympics might need to shift. "But I think sports is the last worry about climate change, in my opinion, compared to food.”

There are efforts being made. Some on an individual level. Some on a grander scale.

The National Ski Areas Association — a trade group that represents more than 300 Alpine resorts in the U.S. — started a “Climate Challenge” a decade ago to push its 300-plus members to monitor and reduce their carbon footprint. In the 2020-21 season, 31 ski areas participated.

Airline travel required by the World Cup calendar weighs on two-time Olympic champion Mikaela Shiffrin, especially when she thinks about stretches such as the one that carried female racers from Finland to Vermont to Canada to Switzerland across three weeks in November and December.

“I’m worried about my sport’s future but, really way beyond that, just worried about our all our futures and how much time we have before it all truly catches up with us,” said Shiffrin, who is from Colorado. “Sometimes I seriously consider just giving up races for the reason that it’s one less plane ride to take. That would be a small contribution to a huge issue.”

Shiffrin and American snowboarder Maddie Mastro, among others, say they have cut down on eating meat, because that industry harms the planet. Vinecki grows her own fruits, vegetables and herbs in an aeroponic garden at home. Ganong rides a bicycle instead of driving a car, when possible, as do his American teammate Ryan Cochran-Siegle and Vincent Kriechmayr, an Austrian who won two golds at the 2021 Alpine world championships. Keely Cashman, a first-time U.S. Olympian in Alpine skiing, limits how much new racing equipment she gets.

Some figure it’s too late.

“The reality is that ship has sailed, unfortunately, in my opinion. We haven’t made the requisite changes. We’ve kind of missed the window,” said Bode Miller, who won a U.S.-record six Olympic Alpine medals from 2002-14. “So we’re faced with what is, and that’s a changing climate. And over my lifetime, and certainly my kids’, we’re going to see some really dramatic stuff go down.”

Miller is an investor in, and public face of, Alpine-X, a group working to build indoor sites for snow sports around the U.S.

Some ski racers use indoor spots in Europe for training in technical events. Could actual World Cup events be next? Don’t forget: Figure skating and ice hockey used to be contested outdoors at the Olympics, so maybe it’s not entirely far-fetched to envision other sports moving inside.

Another alternative: Finding new race sites or going to higher spots in the mountains, where temperatures are colder and real snow could be likelier.