At the Tokyo Olympics, mental health was the breakout star. Amplified by some of the world's top athletes, it shook up the Games and made everyone take notice.

Six months later, in Beijing, the conversation is still evolving.

Over the years, many athletes have spoken about their struggles, but it has often been in a nonchalant way. A difficulty is mentioned, then the conversation moves on, but after star gymnast Simone Biles pulled out of the Tokyo Olympics because she wasn’t in the right headspace, the conversation shifted. Retired Olympic swimming phenom Michael Phelps memorably said, “It’s OK to not be OK.”

And now, thanks in part to people like Biles, other athletes have opened up about their personal struggles.

“I think the biggest lesson I’ve learned after the last Olympics is being as open as possible,” snowboarding sensation Chloe Kim told reporters after she won gold on Thursday in the halfpipe competition.

It was Kim’s second gold at an Olympics. She initially threw that first one, earned in Pyeongchang four years ago, in the trash — a story that epitomizes the dissonance between the cheery face many champions show the world and the torments they face behind the scenes.

“After my last Olympics, I put that pressure on myself to be perfect at all times, and that would cause a lot of issues at home. I would be really sad and depressed all the time when I was home,” Kim told reporters after easily securing the top spot on the podium — but also failing to land a new trick she is working on. 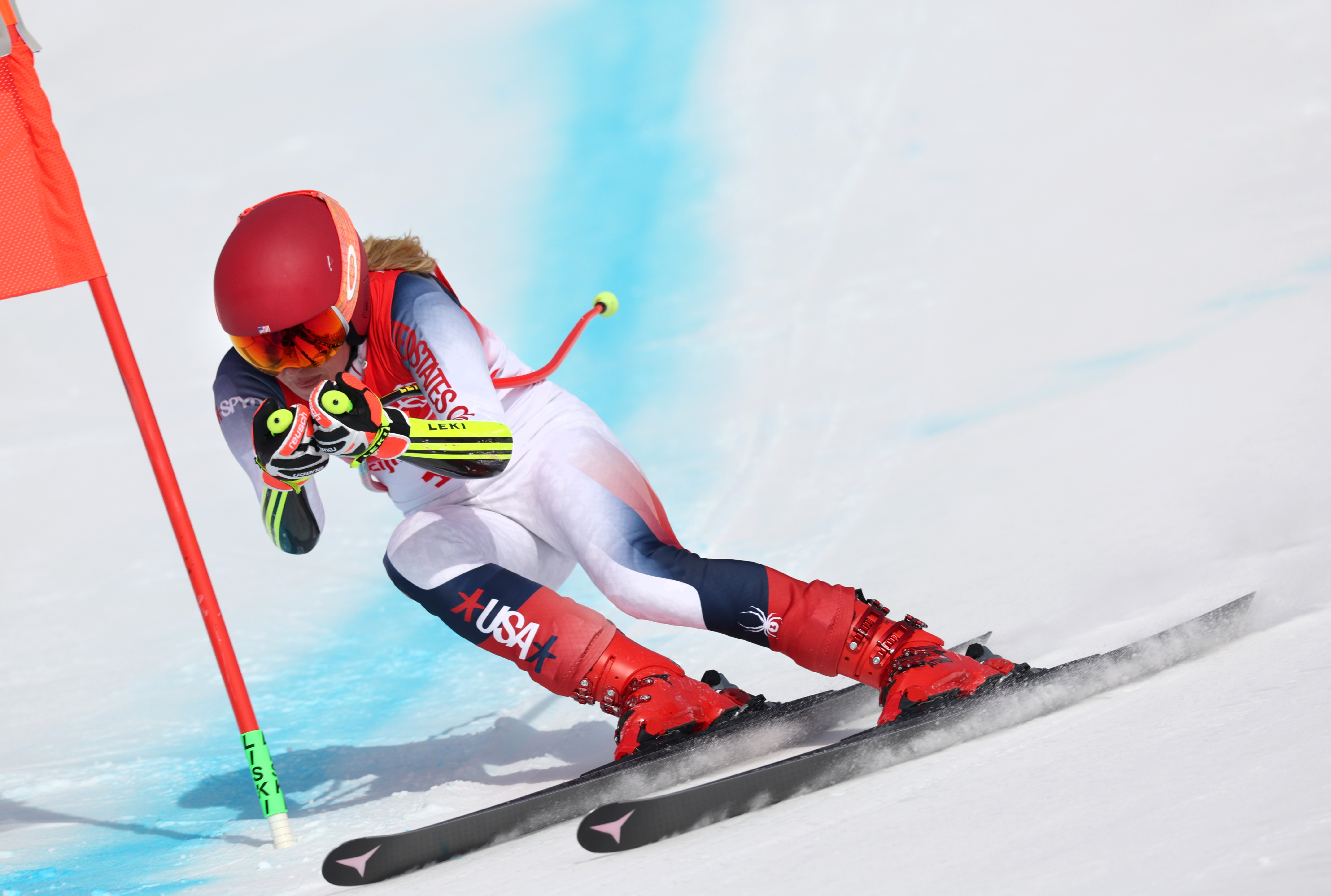 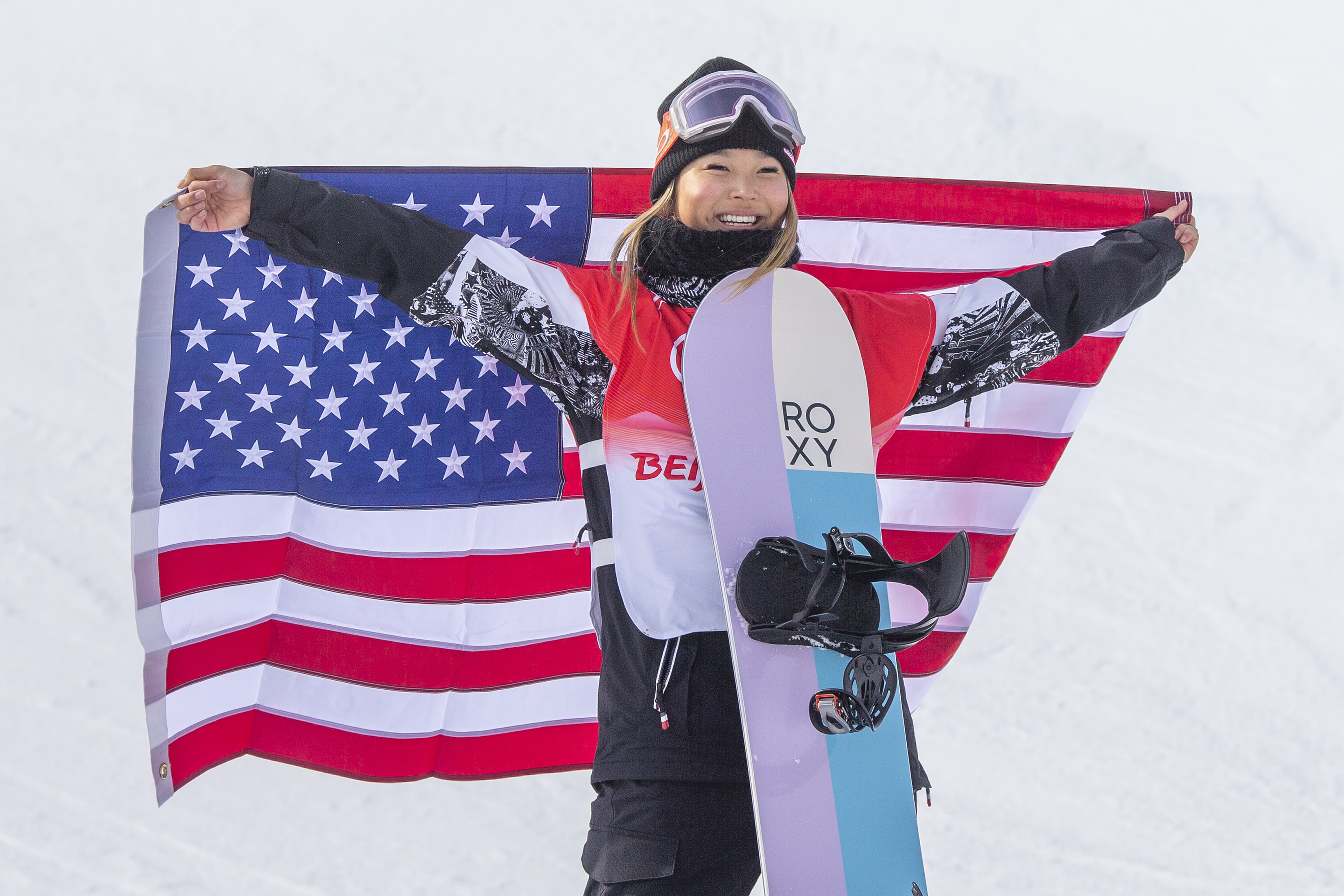 “I’m happy to talk about whatever I’ve been experiencing," she said. "Honestly, it’s really healthy for me.”

Kim isn't the only Olympian who has opened up. After snowboarder Jamie Anderson, who came to Beijing as the two-time defending slopestyle champion, finished ninth, she posted on Instagram that her “mental health and clarity just hasn’t been on par.”

Skier Mikaela Shiffrin was also particularly honest after she failed to finish her first two races in events that are specialties of hers. She said that she had been feeling pressure, but she also plumbed greater depths. She acknowledged that she was angry with her dad, who died in 2020, for not being there to support her.

After finally managing to complete a race on Friday — shockingly, even that had become an open question for the star — she posted on Instagram about the ups and downs of competition.

“There’s a lot of disappointment and heartbreak going around in the finish area,” she wrote.

As several elite athletes stumbled in Beijing, they were often quick to remind the world that they're human, too. And now more than ever, athletes are acknowledging what they face behind the scenes and the stigma around talking about mental health seems to be receding.

“I think that it really has become normalized with so many athletes talking about their mental health, and there has been such a push for parity with mental health and physical health,” said Jess Bartley, director of mental health services for Team USA.

“I think, in the experience I’ve had with a lot of these athletes, it’s really relieving to be able to talk about it, to have folks understand, to have the audience understand what may be coming up that might have impacted their performance," she said. "Just in the same way that you hear about a sprained ankle.”

Bartley works with athletes to prepare how they’ll respond to questions about their mental health just as she works with them on preparing their performance. Some feel comfortable revealing those struggles; others don't.

Louie Vito, a snowboarder who competed for Italy in Beijing, puts himself in the latter camp. He’s glad that mental health is being talked about more openly — he readily admits framing some of his struggles in that way was eye-opening for him — but he would prefer to keep much of that private.

“I think some people would rather deal with their mental battles in their inner circle,” he said. “To me, it’s not a right or a wrong on how you deal with it as long as you’re aware and it doesn’t become detrimental to you. I don’t think you have to talk about in public.”

And he acknowledged that many people are still embarrassed to talk about these issues.

Yet so many do keep talking — encouraged by a generation of younger athletes determined not only to be heard but to ensure that this subject is no longer something to be dramatically revealed, but simply addressed like anything else important.

Amanda Fialk, who is the chief clinical officer at The Dorm, a mental health treatment program for young people, is heartened by the increasingly open conversations happening. But she warns that true change will take much more time to take hold.

She underscores that there are vast cultural differences — across countries and between communities within any given country — that affect access to and the stigma around mental health care.

“I am also mindful that old habits die hard," said Fialk, who was a competitive figure skater when she was younger. "It is going to take continued talking about these issues and continued efforts to normalize talking about all these issues for the change to not just be a change, but to become a new normal.”