US Skaters to Get Torches as Medals Wait for Valieva Doping Ruling: AP Sources

The president of the International Olympic Committee offered U.S. figure skaters Olympic torches as holdover gifts while they await a resolution of the Russian doping case that is preventing the Americans from receiving their teams event silver medals, The Associated Press has learned.

Two people familiar with the proposal told the AP late Wednesday that President Thomas Bach, in a private meeting with the skaters in Beijing, reiterated the IOC stance that no podium ceremonies would be held for events in which Russian figure skater Kamila Valieva won a medal because of concerns that she could still be banned after a full doping case investigation. The sources did not want their names used because the meeting was confidential.

The people familiar with the meeting said torches used during the traditional Olympic flame relay had already been given to team staff to be presented later to the athletes.

Men’s champion Nathan Chen and the U.S. finished runner-up to Russia in the team event last week, but the outcome was quickly thrown into chaos when reports surfaced that Valieva had tested positive for a banned medication at a pre-Games event.

The Court of Arbitration for Sport ruled Valieva was still eligible to compete in this week’s women’s individual event while her case made its way through the anti-doping system. That case will ultimately determine the status of the medals.

Officials from the IOC did not immediately respond to an email request for comment. 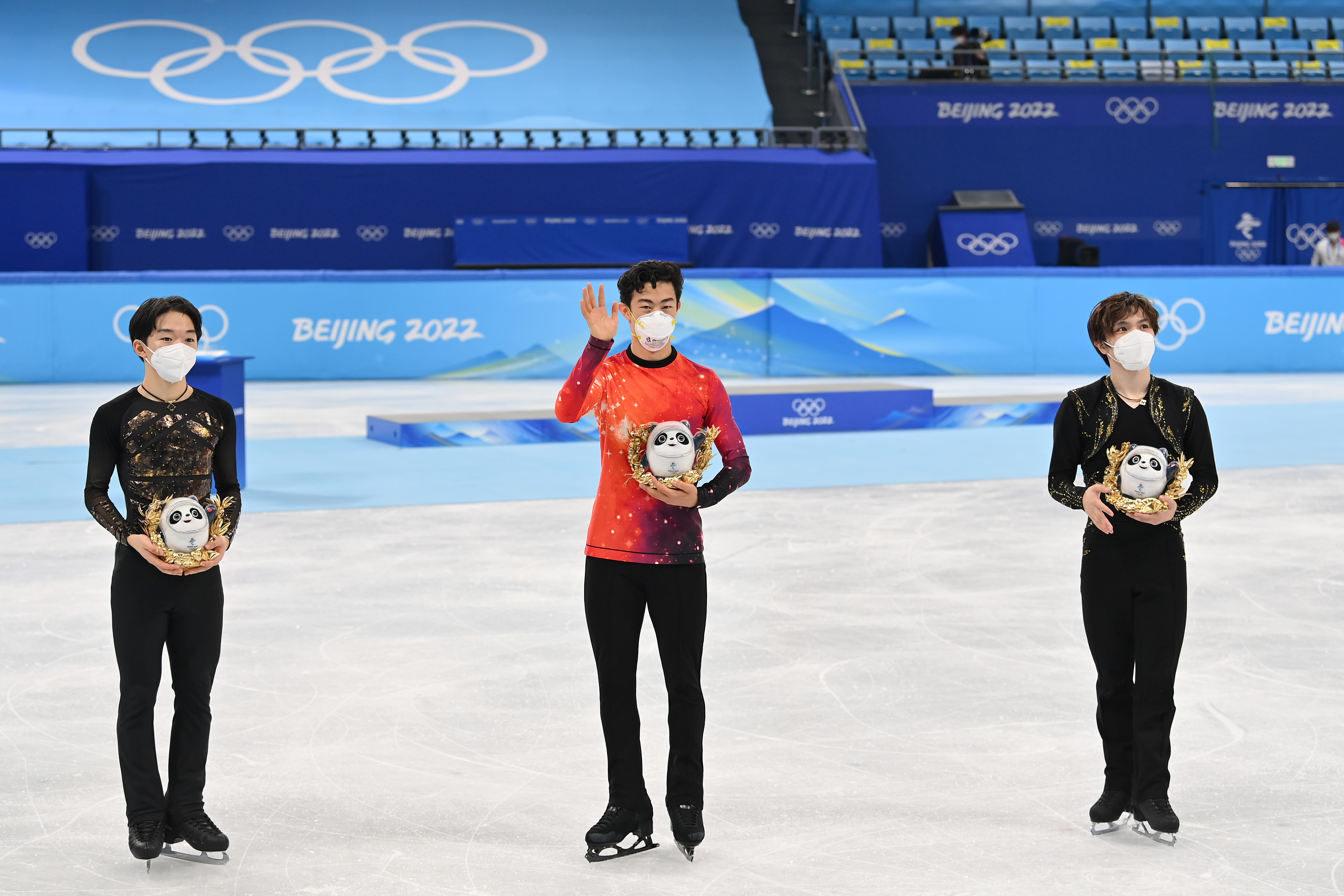 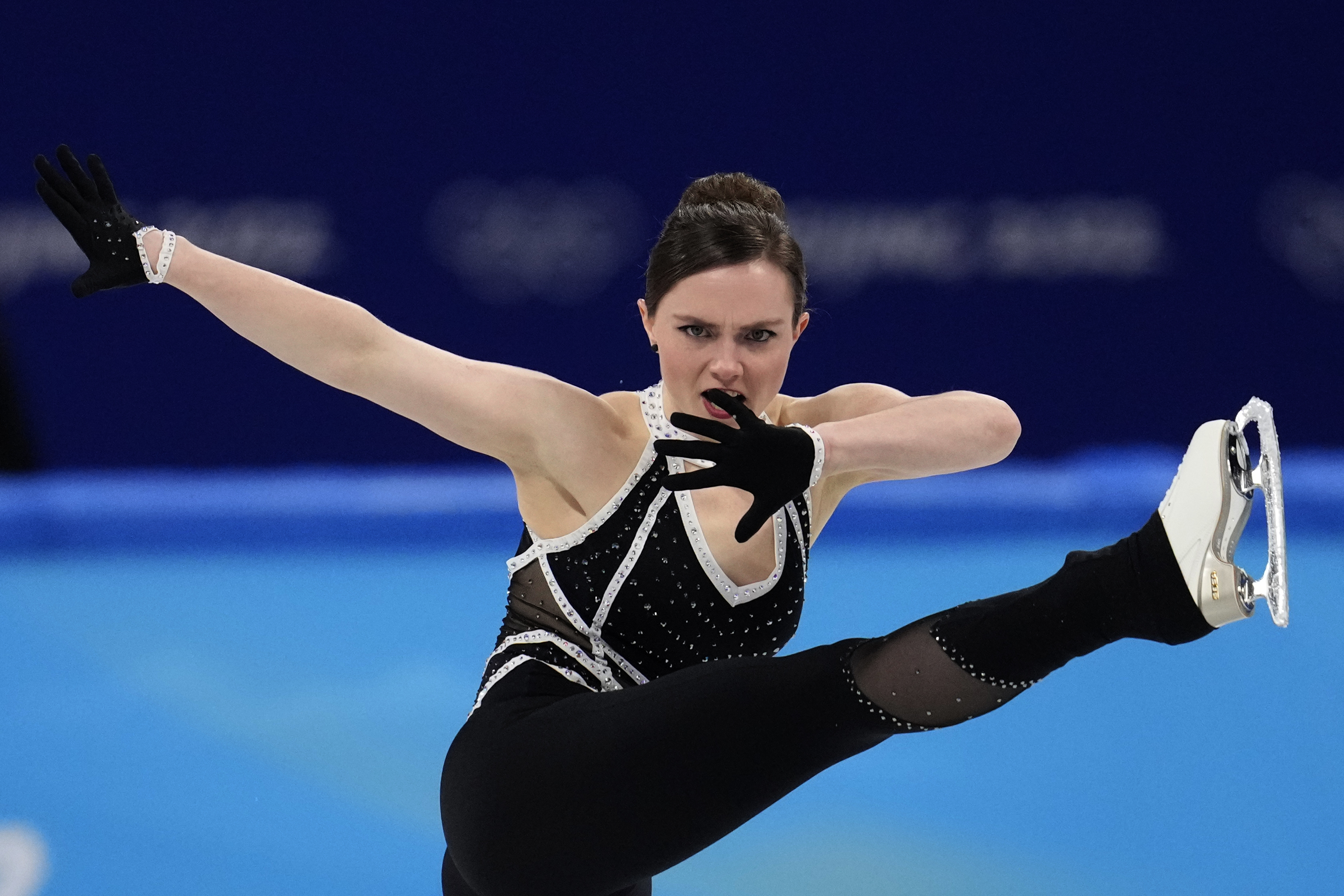 Why Only One Woman Figure Skater Wore Pants Despite Loosening Rules

Neither U.S. Olympic and Paralympic officials nor officials at U.S. Figure Skating immediately responded to emails from AP seeking comment. USPOC spokeswoman Kate Hartman confirmed to CNN the meeting took place, but did disclose details of the discussion. Hartment told CNN the meeting lasted two hours and that skaters found it to be helpful.

Earlier this week, American figure skater Karen Chen, one of nine-members of the U.S. team who stands to at least get silver but could end up with gold if Valieva is disqualified, expressed disappointment to have to leave Beijing without her hardware and to not get the Olympic celebration she always imagined.

“I really was looking forward to be on the podium with my teammates and just sharing that moment, and I’m sure I’m not the only one that felt that way,” Chen said. “But what can we do? It’s out of our control and, whatever it is, we just got to go with it and go with the flow. … I think once that everything is over, we’ll definitely try to find a way to celebrate.”

Valieva tested positive for the heart drug trimetazidine on Dec. 25 at the Russian nationals. It wasn't until after the 15-year-old's dominant performance in the team event that helped the Russian Olympic Committee win gold, that the drug test results from a Swedish lab came to light.

The skaters on the top three teams had already received boxes for storing their medals when they learned the ceremony would be delayed. The IOC later confirmed it wouldn't be held in Beijing at all since a decision on Valieva's case could take months play out.

Valieva was initially suspended by the Russian anti-doping agency (RUSADA) before it lifted the ban a day later. The IOC and others appealed, and an expedited hearing was held Sunday night.

The CAS ruled Monday that Valieva did not need to be provisionally suspended ahead of a full investigation by the RUSDA that could take months to resolve. The court cited Valieva's status as a minor, or "protected person," and the "serious issues of untimely notification" of her positive test as factors in the favorable ruling.

After the CAS decision, USPOC CEO Sarah Hirshland said the federation was “disappointed by the message this decision sends” and suggested athletes were denied the confidence of knowing they competed on a level playing field.

Nathan Chen, Mariah Bell and other Team USA figure skaters explain everything you might want to know about what it takes for them to be the best on ice.
The Associated Press/NBC