Like millions of football fans across the country, I do not have the NFL Network because, well, I don't know why. This, of course, means that when the league schedules these Thursday night specials shown exclusively on the NFL Network (exceptions of course are the two local markets featured in the game) I am stuck without football. I don't like it when there's football being played, and I can't see it. Especially when it's a rather big game.

Having said that, NFL.com offers a feature that provides live look-in's of the action, as well as studio analysis and commentary on ... football related stuff, I imagine. Tonight, I'll be taking one for the team and following the Patriots-Jets game with this feature, and passing along all the wonderful fun that comes with it.

8:32 -- We're 32 minutes into this experiment and already I want to throw my computer against the wall. At 8:00 I clicked on the "watch now" tab and instantly my computer slowed to a crawl. I had to download the newest version of adobe viewer which took a couple of minutes. Once it loaded, my computer seemingly stopped functioning. It's not like I'm using one of the original Apple computers you played Oregon trail on in Elementary school. This computer is fairly new, not even a year old, and runs smoothly. Until now. I've already rebooted twice and I still haven't seen a play. I heard voices talking and they said Dustin Keller caught a pass inside the New England 20. I have no idea what it looked like. It could have been a one-handed circus catch, it could have been a bullet from Brett Favre, it could have been caught by Keller while he was in his underwear wearing a birthday party hat. I have no idea. I had to close the viewer just so I could type this update. I'm going to need more to drink.

8:42 -- Okay, we're in, I think, but my computer is still moving about as fast as Tony Siragusa in the Sahara carrying a piano on his back. Apparently the Jets are winning 7-0, though, I have no idea how. Did Al Toon catch a pass from Ken O'Brien? I HAVE NO IDEA! The Patriots, apparently, just kicked a field goal.

8:49 -- I've now resorted to writing down my observations on paper because I can't type on my computer. I've closed all other functions on the computer and have nothing but the NFL.com viewer up and it's still taking forever. I have two screens within the viewer: a larger screen that is showing highlights of the week two Patriots-Jets game, and a smaller screen that is following Brett Favre around the field. He's currently standing on the sidelines. The video and sound are both choppy. Extremely choppy.

8:53 -- This is a travesty. Closing my current browser and trying a new one. Maybe a fresh start will help. Still seeing highlights of the week two game. I saw the week two game as it happened and, frankly, it sucked, there weren't this many highlights. 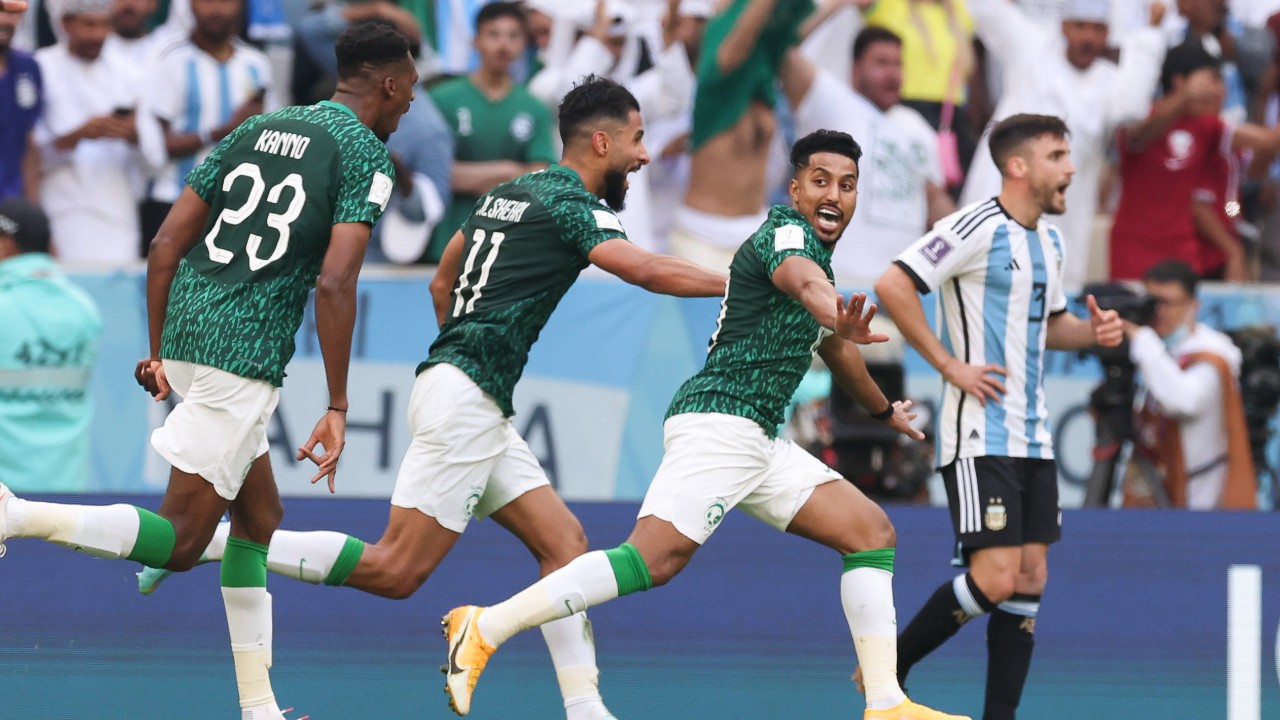 How to Watch Poland vs. Saudi Arabia in the 2022 FIFA World Cup 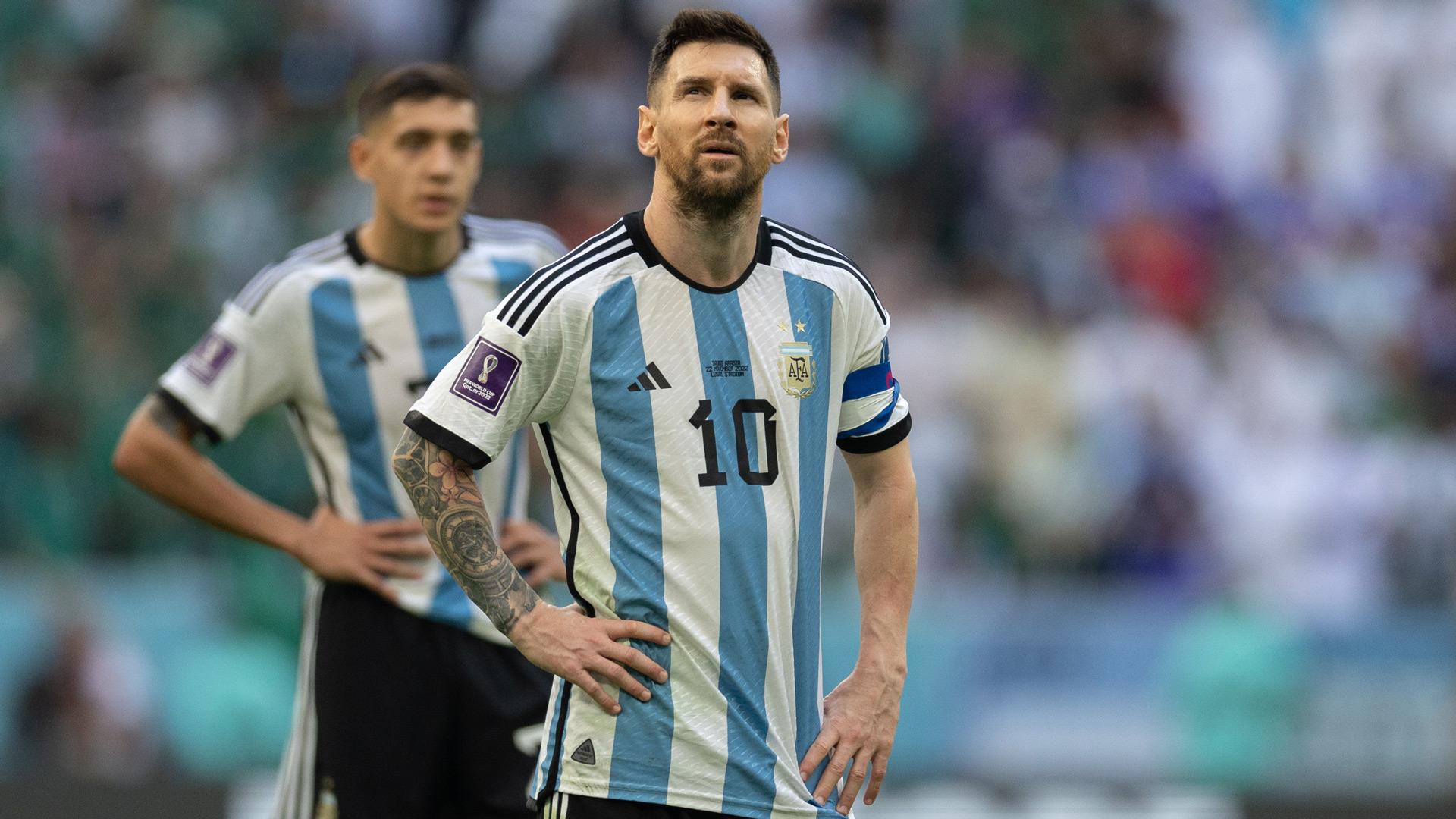 8:57 -- I'm now seeing live video of a guy talking who, according to the screen, is named "Randy Moss." Either it's a guy that shares the same name as the Patriots wide receiver, or the Patriots wide receiver of the same name has taken the night off and used some sort of contraption to turn himself into a balding, middle-aged white guy who wears a really bad sport coat. Video remains choppy.

9:00 -- I'm now seeing a woman on the sidelines talking. I didn't catch her name, and I'm not exactly sure what she's talking about. As she's talking about ... something ... one of the three guys in the studio can be heard coughing, and coughing loudly. He doesn't even bother to say 'excuse me,' which is good, because even if he did say it I wouldn't excuse him because this is a horrible, horrible way to experience an NFL game.

9:10 -- Now we're back to the three guys talking in the studio. I still haven't caught their names. Apparently this game is in the second quarter. I had no idea the first quarter ended. If I'm understanding correctly, they've just returned to live action and I'm hearing a voice that is telling me that Leon Washington of the Jets has scored on a 92-yard kickoff return, though the video currently on the screen is more highlights of the week two game. Seriously. I need more booze. Now we're back to the studio. I think it's 17-6 Jets, though, it could just as easily be 46-2 Bears.

Is it a suitable replacement for NFL Network? Absolutely, positively, 140% not. The NFL should be embarrassed. Not only is the quality awful, but it slows your computer down to such a snails pace that it is virtually impossible to have even one other function open on your computer. Even when it's the only function open, it's still terrible.

My suggestions for fans that don't have NFL Network and wish to see these games:

1. Go to a local sports bar that carries the NFL Network. This should be just about all of them. This should also be your best course of action.

2. Write angry letters to Roger Goodell until these games are no longer televised on the NFL Network until more than a small fraction of the country can get the games from the comfort of their own homes.

3. Give up on the NFL and become a hockey fan.

Is NFL.com's Live Look-In Feature a Suitable Replacement for NFL Network? originally appeared on NFL FanHouse on Thu, 13 Nov 2008 22:00:00 EST . Please see our terms for use of feeds.