The 26-year-old Rahm became the first Spaniard to win the U.S. Open, finally getting the major prize to go along with his enormous talent

He cradled his 3-month-old son, Kepa, as he walked off the 18th green at Torrey Pines on Father’s Day. And then he collected the silver U.S. Open trophy after a performance filled with passion and absent of blunders that wiped out everyone else.

Rahm made a bending 25-foot birdie putt on the 17th hole to catch Louis Oosthuizen. He buried another curling, left-to-right birdie putt from 18 feet on the final hole for a 4-under 67 and a one-shot victory.

The 26-year-old Rahm became the first Spaniard to win the U.S. Open, finally getting the major prize to go along with his enormous talent. His victory also returned him to No. 1 in the world.

On a back nine filled with double bogeys by so many contenders and a shocking meltdown by defending champion Bryson DeChambeau, Oosthuizen was the last to fall.

Trailing by one shot, Oosthuizen drove into the canyon left of the 17th fairway for a bogey that left him two shots behind, and then he missed the fairway on the par-5 18th that kept him from going for the green for a look at eagle to force a playoff.

Hideki Matsuyama won the 2021 Masters Golf Tournament Sunday, making him the first male golfer from Japan to win the tournament.

He settled for a birdie and a 71. It was his second straight runner-up in a major, and his sixth silver medal since he won the British Open in 2010 at St. Andrews.

Only two weeks ago, Rahm was on the cusp of another big win. He had a six-shot lead at the Memorial after 54 holes, only to be notified as he walked off the 18th green at Muirfield Village that he had a positive COVID-19 test and had to withdraw.

Worse yet, his parents had flown in from Spain to see their new grandson, and Rahm was in self-isolation and couldn’t be there for a special moment.

Sunday made up for it. His parents were at Torrey Pines to witness a world-class performance capped off by one of the great finishes in U.S. Open history.

Rahm finished at 5-under 278 for his 12th victory worldwide. The first one was at Torrey Pines four years ago when he holed a 50-foot eagle putt on the 18th.

Nelly Korda became the first two-time winner on the LPGA Tour this season, closing with a 5-under 67 for a two-stroke victory in the Meijer LPGA Classic.

The Gainbridge LPGA winner in February, Korda finished at 25-under 263 to break the tournament record at Blythefield Country Club. She shot a career-best 62 on Saturday to take a three-stroke lead into the final round.

The 22-year-old American, ranked No. 4 in the world, won her fifth tour title. She rebounded after missing the cut two weeks ago in the U.S. Women’s Open.

She won the Gainbridge LPGA in Florida in the second event of the year after sister Jessica took the season-opening tournament. Younger brother Sebastian won tennis’ Emilia-Romagna Open in Italy in May for his first ATP Tour victory.

The world has been waiting to learn more about the injuries Tiger Woods received in his car accident this week and what they may mean for the future of his golf career. NBC News medical correspondent John Torres joined NBCLX to explain the medical jargon about Woods’ condition, why his emergency surgery was so urgent and whether fans can hope to see him play competitive golf again.

Leona Maguire of Ireland was second after a 66.

The major KPMG Women’s PGA Championship is next week at Atlanta Athletic Club.

Harry Hall won the Wichita Open for his first Korn Ferry Tour title, closing with a 3-under 67 for a one-stroke victory over Curtis Thompson.

Hall finished at 20-under 260 at Crestview Country Club. The 23-year-old former UNLV player from England jump from 83rd to 36th in the season standings, with the final top 25 earning PGA Tour cards.

Ollie Schniederjans and Brett Drewitt each shot 66 to tie for third at 18 under. 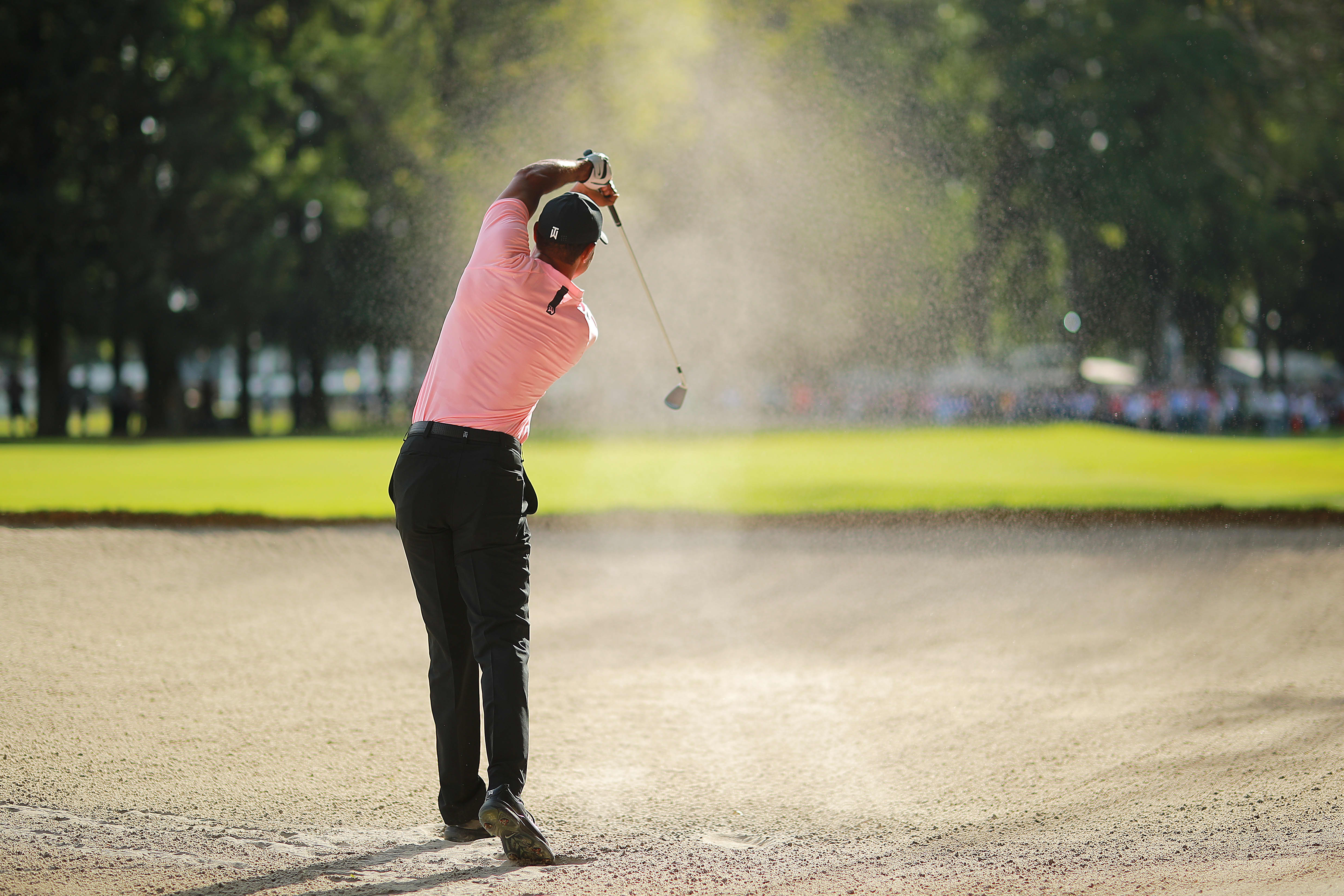 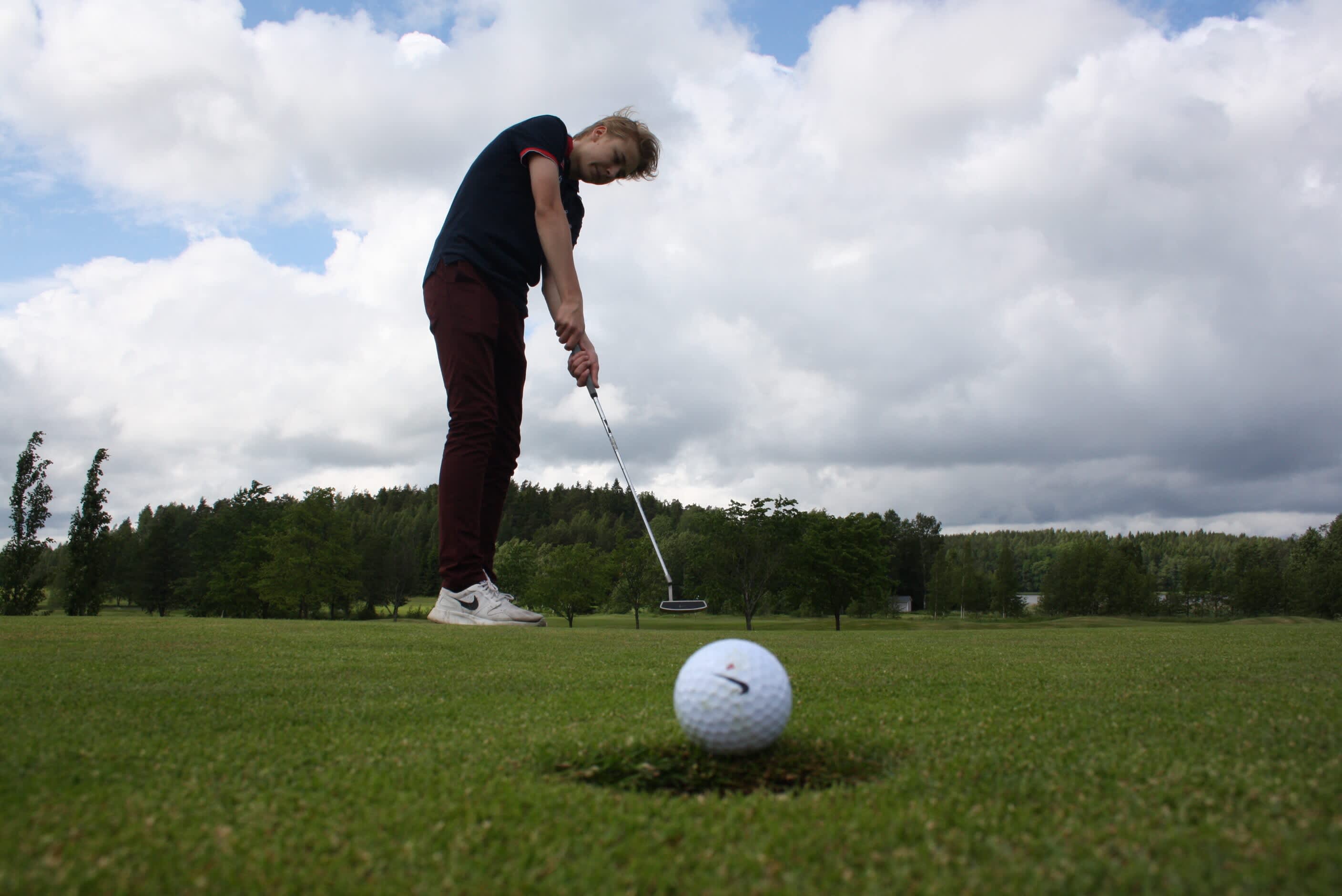 Why Golf Club-Maker Callaway Is Moving Away From the Fairway

Chris Williams won the European Legends Tour’s season-opening Farmfoods European Legends Links Championship at Trevose in Padstow, England. The 62-year-old South African closed with a 2-under 70 to finish at 9 under, three strokes ahead of Phillip Price.

Spain's Santiago Tarrio won the Challenge Tour's Spanish Challenge at Iberostar Real Club de Golf Novo Sancti Petri in Cadiz, Spain. Tarrio closed with a 6-under 66 to finish at 20 under, a stroke ahead of three players.

Sam Stevens shot a 2-under 69 for a one-stroke victory over Paul Imondi in PGA Tour Latinoamerica's Holcim Colombia Classic. Stevens finished at 11 under at Club Campestre del Bucaramanga for his first tour victory.

South Korea's Jiyai Shin won the Japan LPGA’s Nichirei Ladies at Sodegaura in Chiba, Japan. She closed with a 2-under 70 finish to match Mi-Jeong Jeon at 10 under, then won in a playoff.