Hockey Night in Canada Radio has a 25-minute interview with NHL Commissioner Gary Bettman, and host Jeff Marek does a really terrific job of asking tough questions without bringing out the Hulk-like alter ego of Combative Gary who most recently appeared on TSN's "Off the Record."

Like, for example, pestering Bettman about those Detroit Red Wings quasi-suspensions and getting an answer that sent George James Malik from Snapshots over the ledge.

Or when he asked Bettman: In this crapfest economy, is it possible the NHL will place advertisements on player jerseys -- or is the hockey sweater sacred ground?

"Certainly, based on any scenario that I'm aware of, it is [sacred ground]," Bettman said. "I suppose, that on a league-wide deal [where] someone offered a ridiculous amount of money that I couldn't even imagine, I would take it to the owners and see what their preference is. For the foreseeable future, uniforms will stay as the way they are."

Now, you may be aware that Gary Bettman has a few critics. Some of them may read the statement above, and declare that he's once again trying to ruin the game by considering ads on jerseys.

But here's the thing with Gary: He's unable to internalize nightmare, last resort scenarios. His saying "if someone offered a ridiculous amount of money that I couldn't even imagine" is like when my old publisher at a weekly newspaper used to say they'd allow advertising on the front page if someone offered $10 million a week. You never close to door to the financial irresponsibility of others, but you also aren't actively seeking to piss off your core audience. 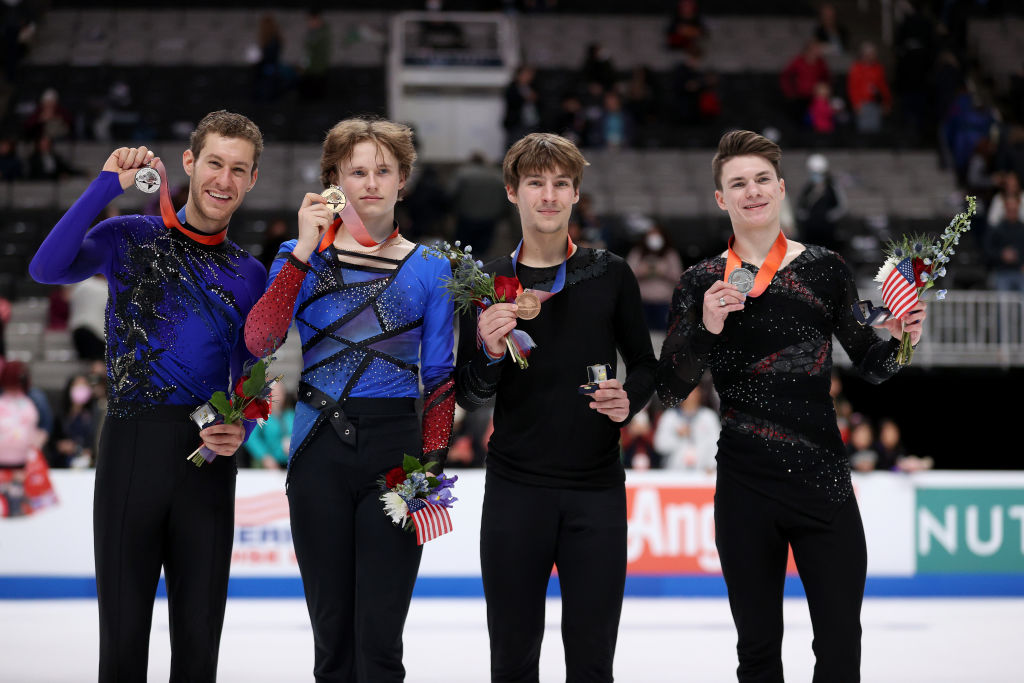 US Figure Skating 3 hours ago

Like ads on uniforms, Bettman has said relocating a franchise is "only a matter of last resort." But in the CBC interview, he spells out a litmus test for whether or not a market as failed. In light of what the Phoenix Coyotes are going through, it's quite interesting.

First, kudos to Bettman for reiterating something we've said here for weeks regarding the Florida Panthers, the Coyotes, the Nashville Predators and the Columbus Blue Jackets: That making the playoffs, and winning in the postseason, has a transformative effect on what are considered weak markets.

"You could be in a healthy market, and if the team hasn't made the playoffs in seven seasons, the fan support may be a little soft," he said.

This led to a rather philosophical question from Marek about the "state of actuality vs. the state of potentiality." In other words, when does Bettman know that a franchise is actually failing in a market vs. having the potential for that market to succeed?

Bettman immediately referenced the Quebec Nordiques and the Winnipeg Jets, and those franchises' relocation in the 1990s.

"I think we're better at dealing with these problems now than we were at the time, but at the time we had franchises playing in somewhat smaller markets, in older buildings -- there was no prospect for a new arena coming in either place. The owners of [the Nordiques and Jets] said 'we don't want to own this team anymore.' They couldn't find anyone else to invest in the team or buy it, which may be the critical mass point. There was no future for the team there," he said.

Which brings us to the relocated Jets in Arizona. They have an arena, though not necessarily a favorable lease with the city. The owner is actively looking to bring in a majority shareholder to take away the financial burden, and the NHL is trying to facilitate that sale. If they can't ... well, is that "critical mass?"

When would Bettman declare Phoenix as a failed market and relocate the franchise? He explained his litmus test, in the context of Winnipeg and Quebec:

"The biggest litmus test ultimately was that no one wanted to own the team there. When the marketplace decides that they don't want to own a team there, it has no future," said.

"Why someone wouldn't want to own a team there is [because] maybe there's no corporate support; maybe they can't sell enough tickets because the market isn't big enough or rich enough; maybe the arena stinks and there's no prospect of a new arena; maybe it's all of the above. That's why it's very hard to look at one factor and say it does or doesn't work."

If that's the test, it's good news for Florida (strong arena deal, fans perhaps ready to come back for a winner) and Nashville (growing corporate support, suddenly stable ownership).

But if that's the test, then there are two important considerations for the Coyotes: Finding a stable co-owner that's willing to keep the team in Arizona, and generating more fan interest by making the postseason. There's still a chance, based on Gary's criteria, to save the franchise. But finding someone willing to buy into it is going to be essential and, in this economy, a challenge; especially since one assumes the NHL's vetting process has probably gotten more stringent.

Here's the thing: The NHL isn't just lending a hand in finding an owner. Bettman said in the interview that the League is working with Phoenix to streamline its operations to attract an owner. "We're having lots of discussions abut a variety of things. The revitalized Phoenix Coyotes, in terms of its business operations and all the things attendant to that, may not look the same when we get done."

You here about how hard the league is working to save some of these teams, and one word comes to mind regarding Bettman: legacy.