After carrying the flag for Team USA and winning a silver medal, the Miami Marlins infielder is back home with the two people he missed most

Eddy Alvarez is back home from Tokyo after a couple of whirlwind weeks representing Team USA — both as a co-flag bearer in the opening ceremony, alongside basketball star Sue Bird, and as a silver medal-winning baseball player.

But since home is where the heart is, his return couldn’t really be considered a homecoming until he was reunited with his wife, Gaby, and their 11-month-old son, Jett, which is just what happened on the TODAY plaza Tuesday morning.

“This is an incredible moment,” the 31-year-old said after kissing his wife and holding his son in his arms. “I appreciate everyone here that made this happen. A lot of sacrifice has gone on in this journey, and to have these two next to me is pretty incredible.”

It was clear that the feeling was mutual.

Team USA baseball took silver in the Olympic final against Japan on Saturday.

He and Gaby had spent 20 days apart before their sweet reunion, and they couldn't hide their enthusiasm to be back together again.

"She's been amazing, my No. 1 supporter ever since she allowed me to date her," he said of the woman he's known since they were school children. "I’m just over the moon."

He even brought her back a piece of Olympic history, the white denim Ralph Lauren jacket he wore as flag bearer.

"Is it weird that I’m fan-girling?" Alvarez's wife asked.

The Team USA athlete explained what it was like to be an American flag bearer alongside Sue Bird. “It’s a symbol of liberty, a symbol of opportunity—one that my family needed and left their country for,” Alvarez said. “I was very honored to stand with that flag.”

Actually, it seems fitting, since she was likely his biggest fan cheering him on from afar.

“It was surreal,” she said of that experience. “Unfortunately, we couldn’t be there in person, but we had a great event sponsored by Team USA. They got the whole family together at Universal Studios. they really took care of us.” (Universal Studios is part of TODAY's parent company, NBCUniversal.) 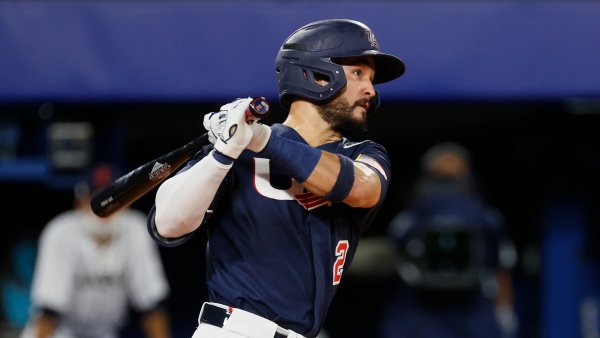 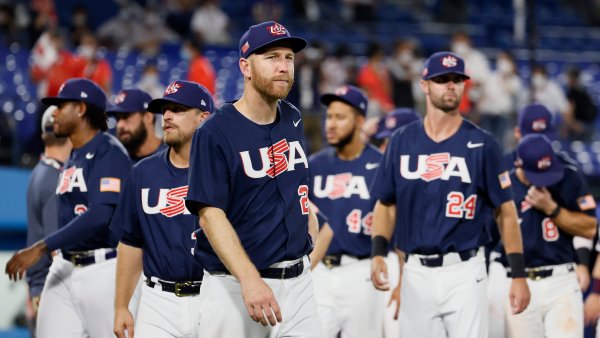 But nothing beats having Alvarez home again.

This is actually the second time TODAY has had the pleasure of reuniting Alvarez with his loved ones. On July 23, just hours after doing his duty during the opening ceremony of the Tokyo Games, he was surprised on TODAY with a remote reunion with Gaby and Jett — and with his parents, Walter and Mabel.

During that emotional video visit, Alvarez, the son of Cuban immigrants, explained just how much it meant to him to carry the flag for Team USA.

“(It was) such an emotional moment for me, for my family, for my background,” he said. “Just to get the honor to represent the United States of America, to hold the flag, a symbol of liberty and freedom — my family came over to this country from Cuba in search of opportunity, and if it wasn’t for them doing that, I wouldn’t be in the position that I am now, the privilege that I had to hold the flag and lead Team USA through the opening ceremony.”

But that was just one part of his Olympic journey.

The Miami Marlins infielder went on to clinch the silver with the U.S. men’s baseball team in Tokyo, his second Olympic medal.

"What an incredible group of guys Team USA put together," he said on TODAY Tuesday. "Shoutout to them because I wouldn’t have this (medal) around my neck if it wasn’t for them and their support and their talent. They did an unbelievable job, and just to be a part of it, I feel so special." 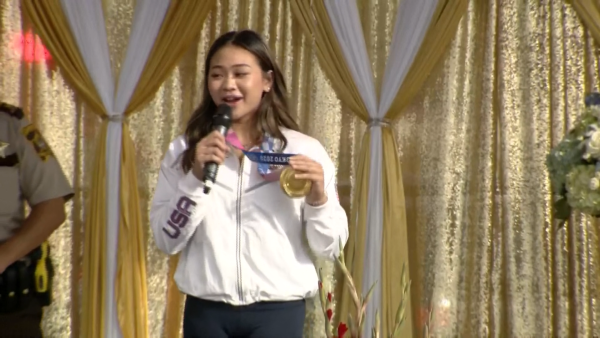 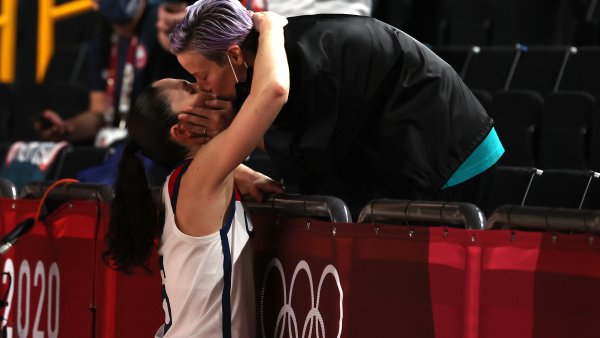 How Did the Olympian Power Couples Perform in Tokyo?

Alvarez won his first Olympic medal at the 2014 Winter Games in Sochi, Russia — the silver in the men’s short track speed skating 5,000-meter relay. He’s only the third American and sixth person ever to medal in both the Summer and Winter Games.

"This title of being the sixth person ever, I don't think it's hit me yet," he said.

That's when Gaby really put it into perspective for him.

"More people have been on the moon!" she exclaimed.