A shipment of 200 tests received the Saturday before Christmas sold out "within a couple of hours," he said.

Panagiotopoulos, who owns the pharmacy, had a list of 110 people waiting for him to restock at-home tests the Tuesday before Christmas. That shipment of 150 kits arrived two days late and sold out within 48 hours, he said. Broadway Chemists received another shipment of 150 tests on Dec. 30, but most of them were gone in a day. 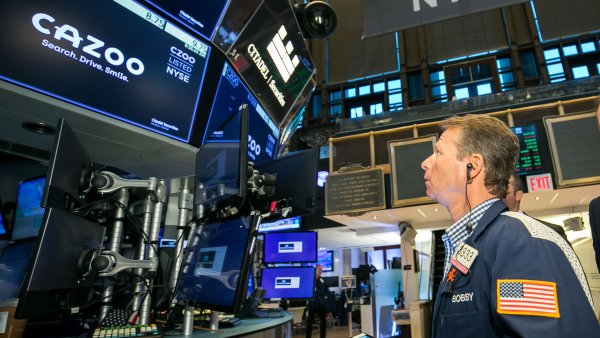 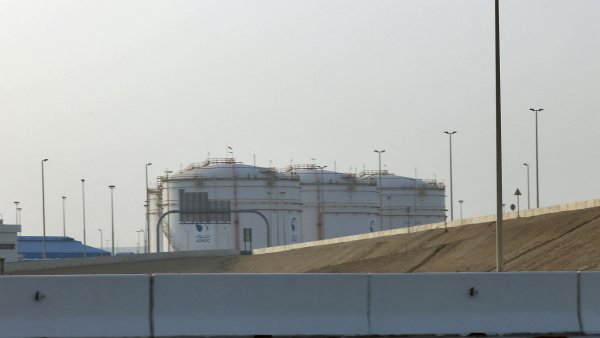 As of Friday afternoon, the pharmacy had just 20 to 30 tests left in stock. Panagiotopoulos expects demand to remain high with the return to school after the holidays as parents seek to test their kids.

His experience is playing out in Covid hotspots across the country as infections reached all-time highs, driven largely by the highly contagious omicron variant.

Leo Friedman, whose company iPromo sells at-home tests, said there is a "tsunami of demand" as businesses prepare for the Biden's administration vaccine and testing mandates. Many families were also exposed to the virus over the holidays and need to get tested before returning to work and school classes.

Friedman took out a new credit line last week to buy $15 million more over-the-counter test kits for corporate clients that need to comply with federal vaccine and testing mandates. The Occupational Safety and Health Administration said it would start enforcing the testing portion of the federal vaccine mandate for larger companies starting Feb. 9, though opponents are challenging it before the Supreme Court.

The Biden administration has promised to buy 500 million at-home test kits that Americans can order for free beginning mid-month. New Jersey, Washington and other states are also scrambling to get free tests to residents.

Abbott, which received emergency approval from the Food and Drug Administration for its BinaxNOW home test in March, is experiencing "unprecedented demand," said spokesman John Koval.

"We're sending them out as fast as we can make them," he said. "This includes running our U.S. manufacturing facilities 24/7, hiring more workers and investing in automation," he said.

Shaz Amin, the founder of a company that sells at-home tests online, said the surge in demand has allowed distributors to hike prices as buyers like his company, WellBefore, are facing a bidding war to secure limited supply.

"Whatever we were paying for test kits a week ago, we're paying 25% higher today," said Amin. "Someone is in line behind us saying, 'I'll give you 25 cents more to take what WellBefore's allocation is.' "

Amin said the shortage means that Covid test kits are sold before they arrive.

Ryen Neuman, vice president of logistics at Sunline Supply and Arnold's Office Furniture, a company that turned to supplying personal protective equipment and test kits for clients during the pandemic, said they normally pay a 10% deposit on an order for health and safety products and then the rest when it arrives.

But for Covid test kits, they "have to pay 100% of the product prior to even seeing it, looking at it, smelling it, anything," because tests are in such high demand, Neuman said, noting that he thinks the market for the kits will be "tight" for at least six months.

"It just seems as though the production is not able to ramp up to what the American population needs right now," he said.

Matt Regan, president and CEO of medical goods distributor Code 1 Supply, said Thursday that the supply of kit components dried up over the previous seven to 10 days. Regan said business partners have told him there's a shortage of raw materials, and that distributors are prioritizing orders from federal agencies over other buyers.

Three other companies that sell Covid at-home tests that spoke with CNBC, including iPromo, Sunline Supply and nonprofit Project N95, said they were similarly told the Biden administration's new plan to supply 500 million at-home tests to the public was delaying their own shipments. But the White House said its plans should not hamper existing agreements between private parties.

"Because we have this additional capacity, we can make this purchase without disruption to supply to existing manufacturers' commitments to states or organizations," a White House official said in a statement to CNBC.

Quickly ramping up test manufacturing, however, is difficult, said Steven Tang, CEO of rapid test manufacturer OraSure Technologies. There's a shortage of several components, he said, and staffing up to add more shifts to churn out more tests is a challenge with such fluctuating demand.

Then demand for testing started to rise again heading into the fall, he said. "Businesses, particularly ones that are scaling up, thrive when there is consistency of demand and predictability. We are not in a consistent predictable situation right now."

To be sure, test kit manufacturers are ramping up production, and new companies are awaiting approval from the FDA to start selling their tests. So some wholesalers are hopeful the coveted at-home tests should be more readily available in the coming months.

Amin, of WellBefore, said the nation will be in a "better place" on testing by the second quarter, if not sooner depending on when the FDA authorizes more tests.

Anne Miller, executive director of nonprofit Project N95, thinks the testing crunch will begin to ease by the middle of the month.

Meanwhile, one of the nation's largest test makers, Abbott, is ramping up supply. It's targeting 70 million BinaxNOW rapid tests in January, up from 50 million in December, spokesman Koval said, adding the company can also "scale significantly further in the months ahead."