Lawmakers Close in on $7.5B Measure to Battle Coronavirus

The $7.5 billion package would triple Trump's request but is expected to enjoy support from both the White House and Trump's GOP allies

Lawmakers are finalizing a $7.5 billion emergency bill to fund the government's response to the coronavirus outbreak, even as fear is growing that the rapid spread of the virus is a shock to the economy and will lead to significant disruption in people's everyday lives.

Lawmakers across the spectrum said negotiations are likely to produce a bipartisan deal Tuesday in hopes of clearing the measure through Congress by week's end — a burst of bipartisan cooperation that's atypical of today's Washington.

The $7.5 billion package would triple Trump's request but is expected to enjoy support from both the White House and Trump's GOP allies on Capitol Hill. 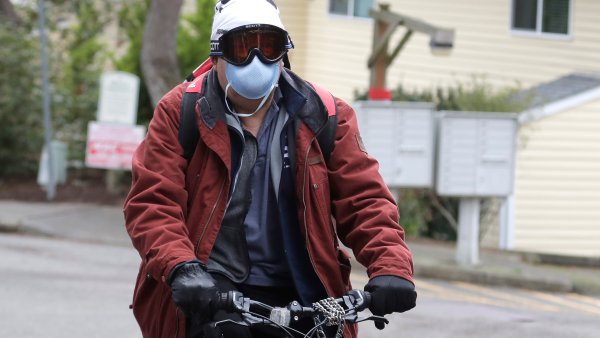 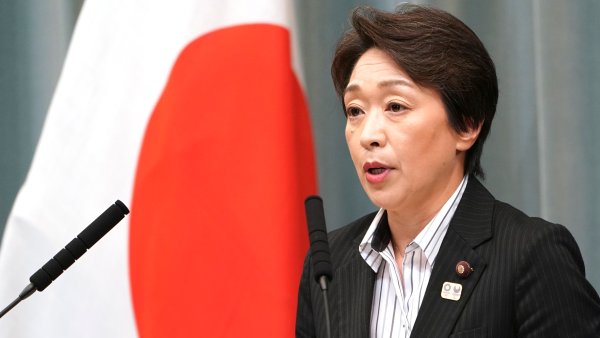 Japan Olympic Minister: Games Could Be Held Any Time in 2020

“When it comes to Americans’ health and safety, there is no reason to be penny-wise and pound-foolish," top Senate Democrat Chuck Schumer said Tuesday.

Frustration is palpable among lawmakers reporting widespread fear and impatience among their constituents, especially about a shortage of tests to detect the virus.

“I wish we were a week earlier on producing these tests. Perhaps that's a valid criticism," said Sen. Marco Rubio, R-Fla.

“I am hearing personally from people across our state who are frustrated. They have been exposed. They are sick. They want to get tested. They have nowhere to go," said Sen. Patty Murray, D-Wash., whose state is at the epicenter of the outbreak. “This is truly a serious crisis and we cannot respond on the cheap or at the last minute."

Worries are growing about the impact on workers earning hourly wages being told to stay home, immigrants who may fear seeking treatment, and the potential rapid spread among homeless people. Widespread school closures are possible as well.

Senate Appropriations Committee Chairmen Richard Shelby, R-Ala., said negotiators are very close to an agreement and that swift passage of the bill “sends a message to the American people that we care and we are going to do everything we can.”

Schumer boasted that the final figure is far closer to a benchmark he set last week when outlining an $8.5 billion plan. It also contains a provision to restore funds to Department of Health and Human Services programs like energy assistance to low-income households that were cut to pay for the initial federal response.

Vice President Mike Pence, who is coordinating the administration's response, visited Capitol Hill with top U.S. health officials in tow to brief both parties on the situation, which health experts warn is going to worsen in coming days and weeks. He got generally positive reviews from fellow Republicans but Democrats said too many of their questions went unanswered.

The International Olympic Committee met Tuesday in Switzerland and says despite the coronavirus outbreak, they remain committed to the 2020 Tokyo Olympic Games this summer.

The vice president’s message was “we’re on top of it,” said GOP Sen. John Kennedy of Louisiana. But Kennedy said he’s been told different information in the various briefings, though this one was “much improved.”

The draft legislation would speed development and production of a coronavirus vaccine, finance preparedness and response efforts by state and local governments, help foreign countries battle the outbreak overseas, and seek to ensure that the vaccine is affordable when ready it's ready, which could take a year.

Deliberations on the bill are a bipartisan bright spot as Congress seeks to rebound from the bitterness of Trump’s impeachment and involves the pragmatic lawmakers on the House and Senate Appropriations panels, which have a track record of bipartisan success despite the partisanship engulfing Washington.

Rep. Hakeem Jeffries of New York, chairman of the Democratic caucus, said Congress is rushing to pass the supplemental measure because coronavirus is a national emergency that “requires an all hands on deck” approach. Several House Democrats declined to criticize the Trump administration’s handling of the situation.

Fears of catching the coronavirus has halted global supply chains, from automobiles to wedding dresses to everyday items, as markets and manufacturing companies in China and other affected countries grapple with increasing caseloads of COVID-19. Although the CDC says the risk of contracting the coronavirus for the general public remains low, it also warns that this is an evolving situation.

“Our goal is to make sure we do not leave Washington this week without an allocation of resources to deal with coronavirus,” he said. “Everyone needs to rise to the occasion, including the administration.”

Top congressional leaders are scheduled to meet Wednesday about preparations inside the Capitol to protect lawmakers, staff and visitors, a senior Democratic aide said, though there are no current plans to limit access to the Capitol complex.

Democrats relied on health care professionals from their ranks, including Rep. Kim Schrier, a pediatrician whose Washington state has suffered fatalities from the virus. She told people to prepare for school closures and the cancellation of big events and to stock as much as a month’s worth of food and medicine.

“We know for sure this disease will spread especially in the beginning urban and suburban areas, and it will get worse before it gets better,” Schrier said. “Just start planning now.”