Business was a wash at the Fork and Fire in Farmington Thursday night thanks to a heavy downpour during dinnertime.

“We’re really dependent on the weather right now.  On a day we would do maybe two, three grand in sales, we did $400,” said Ruvin Bogati, the restaurant's general manager.

“We couldn’t be happier.  We’ve been waiting for this day just like I can only imagine many other restaurants,” said Bogati. 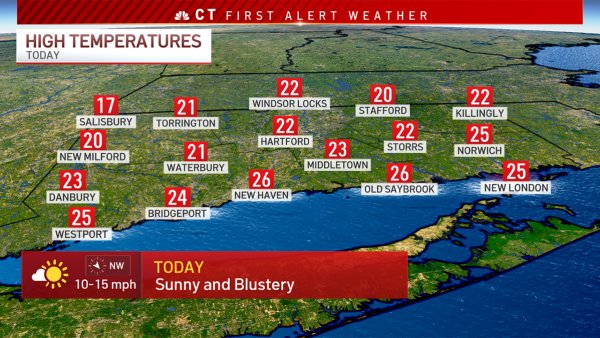 Patrons seemed pleased to hear that the state is slowly starting to allow businesses to reopen.

“I’m excited.  I’m happy for these people that they get to reopen and their livelihood is going to be given back to them,” said Jacqueline Kowalec, of Burlington.

Though Kowalec said she likely won’t be the first customer.

“I don’t know.  I’m gonna wait to see like what happens.  Things feel like they’re changing every day,” she said.  “I’m going to wait and see.  With all the protests I’m not sure.  Are cases going to go up?  I’m not sure.  It seems in some states that’s happening."

The back half of the Fork and Fire is currently set up for its take-out operation.  Come next Wednesday, 15 tables will be set up. That gives the restaurant half of its original capacity.

“We would have 70 or 80 people just inside, we can only get only about 30 with the six-feet separation and the tables we have set up.  We have a 22-seat cocktail bar where we pride ourselves on our cocktails where we can’t seat a single person there,” said Bogati.

As long as the weather holds, Bogati said the 11 tables set up outside will get them closer to their normal numbers.  He said he’s seeing the light at the end of the tunnel.